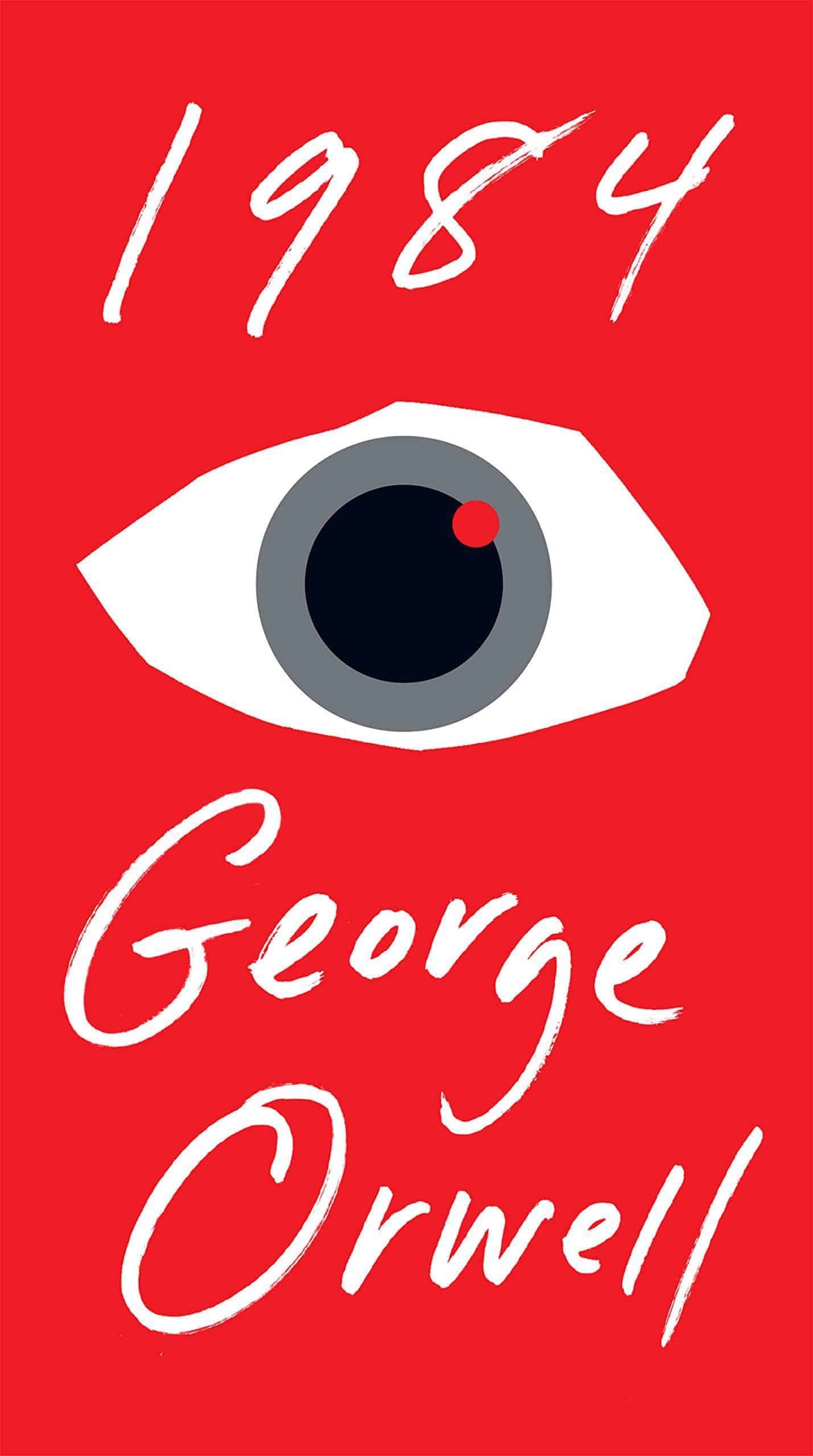 It is the best choice read if you are into a novel which has a dark and gloomy vibe; being set in a dystopian future. It will check all your boxes if you are looking for something more intense and disturbing.

Considered an example in the mastery of writing and the ingenuity of narration in the literature of the novel, more than 80 years ago, 1984 was George Orwell’s chilling prediction about the future, and his dystopian vision of the government is timelier than ever.

Orwell shows an unseen battle, one that’s behind the curtains, between the individual and the system, the civilian and the government, throughout the entire novel. The book is gloomy, deep, and depressing in tone. Under extreme duress, the story’s protagonist betrays his love, concedes that 2+2 equals 5, and praises his captors. Big Brother is watching him, so he can’t afford to make an extra move, step, or look in the wrong direction.

Wrong here is a concept being defined by Big Brother.

1984 doesn’t just makes a specific allusion to a well-known and now-defunct social authoritarian regime. Resistance to oppression was important before the Soviet Union and still is important in many situations today, and will continue to be important in the future, no matter how democratic or liberal countries claim to be. That is why, for countless readers around the world, 1984 was, is, and will continue to be their desk companion.

The novel focuses largely on the character of Winston, so the number of the main characters is very few, there are other characters, but they are secondary and quickly disappear behind the main events, and with your great proximity to the main character, you will relate to him a lot, especially since you are the only one who knows the truth of everything that is going on in his mind.

After the Second World War, Great Britain’s civil war broke down, and the country was conquered by a new superstate called Oceania. Oceania’s population are governed by a single political ideology. A leader known as Big Brother is the boss and personification of that Party.

The Party is divided between the Inner Party (the 2% of the ruling people), the Outer Party (the 13% who carry out its programs), and the rest, known as the proles, who have no opinion or power. However, not every member of the Outer Party agrees with the Party’s doctrine. Winston Smith, a Ministry of Truth employee, is beginning to doubt the Party’s authority to rule and instruct him what to do. But he recognizes that he has no one with whom he can communicate his worries. As a result, he writes down his ideas in a diary, which is also highly risky.

Smith observes that his coworker Julia is paying close attention to him one day. He is initially concerned that she has caught him and will hand him over to the Thought Police. However, when some time has passed, he discovers a love note from her. They begin a secret romance that the government forbids. They skulk in the shadows and fantasize of revolution. Smith feels they will have a rocky relationship. In Oceania, such interactions between males and women are strictly outlawed.

They eventually meet O’Brien, a representative of a genuine revolutionary movement, who gives them a book on the ideology of the approaching uprising. The pair is busted by the Through Police while reading the book in the room they hired for dating – the so-called revolution movement representative was nothing more than a Big Brother set-up to locate and remove prospective rebels.

Julia and Winston are imprisoned and mercilessly tortured by the government. They break down and betray each other as a result of the tortures. Finally, both Winston and his ex-girlfriend Julia praise Big Brother’s majesty and strength, and honestly believe that their country is doing well. Winston gets “cured” of his revolutionary inclinations by the Through Police. Smith initially believes that he sacrificed Julia and his freedom to avoid torture, but after his release, he recognizes that he is now the correct guy who truly believes in Big Brother and the Party.

1984’s style is dark and depressing, reflecting the Party’s functional style and aesthetics, in which decoration is frowned upon, individuality is discouraged, and beauty and refinement are seen as politically questionable. Orwell employs simple grammar in his writing.

Simultaneously, the language is oppressive and monotonous, evoking the numbing impact of life under Party rule, when everything is drab and gray. The book’s start, for example, is basic and unambiguous, yet it also conjures a sense of unease and sadness.

Winston Smith is the protagonist and narrator of the story, and the reader experiences the story nearly entirely through his eyes. Winston isn’t very skilled, personable, or forceful as a protagonist. His philosophical and intellectual outlook, though, sets him apart from those around him. His rising opposition to the Party is his defining characteristic throughout the novel he also meets Julia his lover, a lovely dark-haired female who works in the Ministry of Truth’s Fiction Department. Julia adores sex and claims to have had affairs with a number of members of the Party. Julia is a realistic and upbeat person. In contrast to Winston’s intellectual reason, her revolt against the Party is tiny and personal, and she does it for her own satisfaction , Winston also meets O’Brien mysterious, powerful, and smart member of the Inner Party and also believed to be a member of the Brotherhood, the famed anti-Party rebel group.

These rebels are together in the fight against Big brother Despite the fact that he is never acknowledged and may not even exist, Big Brother, the alleged dictator of Oceania, is an important character in the plot. Everywhere Winston turns, he sees signs featuring Big Brother’s visage and the message “BIG BROTHER IS WATCHING YOU.” Winston’s existence is haunted by Big Brother’s image, which is imprinted on coins and displayed on the inevitable telescreens; it fills him with anger and fascination.

George Orwell’s 1984 is an amazing combination of a great literature and the powerful fictional plot ,so all and all it makes a great fiction novel that goes over many themes in a clear way that delivers it’s important message, it’s a A well-engineered, highly precised and tremendously sculpted plot, with heartbreaking anecdote changes to in-between well detailed flashbacks.