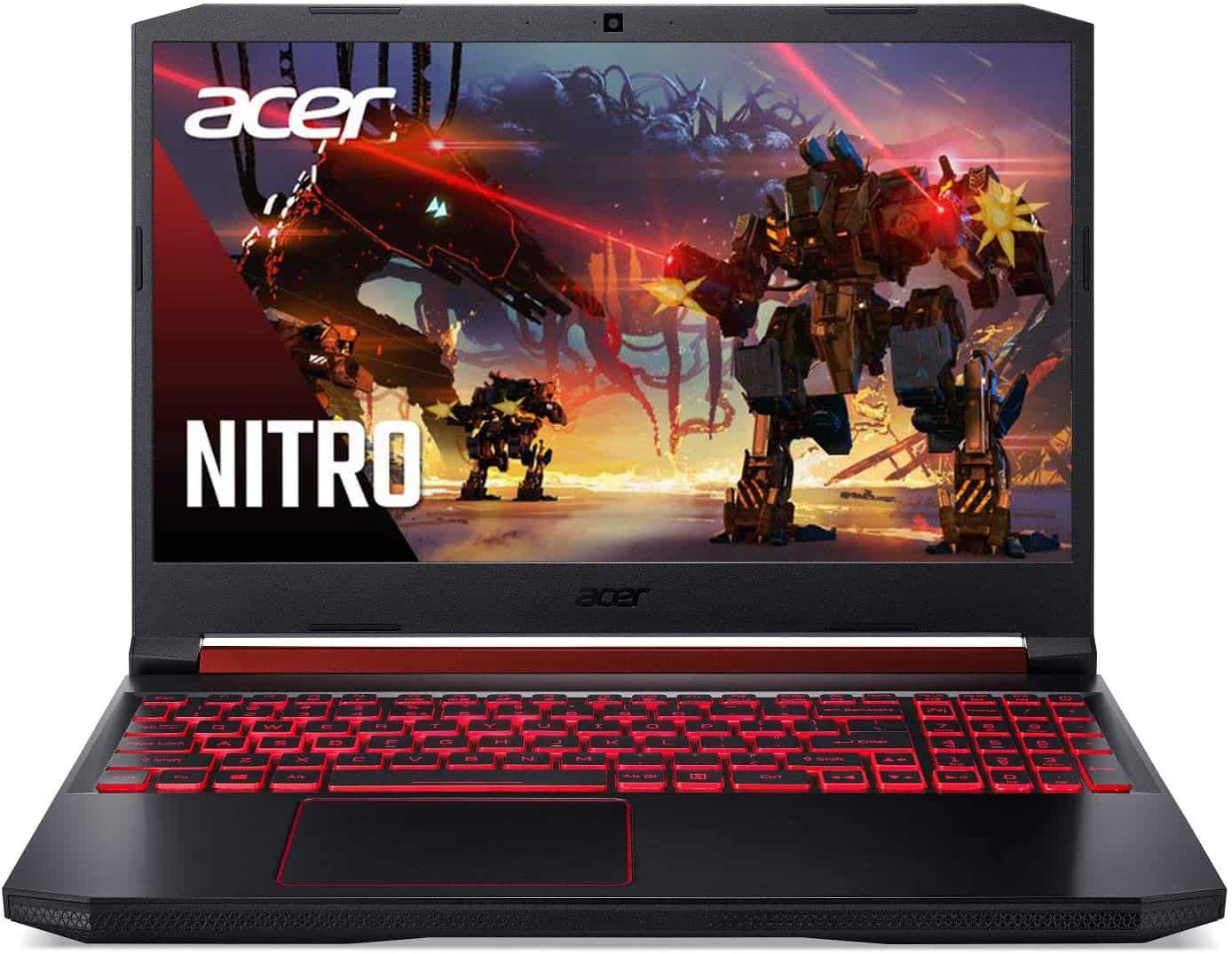 Apart from speed, gamers want a laptop that remains cool regardless of the hours spent playing games. The Nitro 5 laptop is cool throughout your gaming sessions, thanks to its dual fan construction.

With a decent number of ports, affordable price, and solid gaming performance, this Nitro 5 Gaming laptop is the ultimate pick for students who like to play PC games.

This Acer Nitro 5 is a midrange gaming laptop that comes equipped with GeForce GTX 1650 GPU. This feature enables it to perform just as expensive alternatives that use NVIDIA’s RTX 20-series. Acer has also upgraded the case to make it less bulky than previous models.

This laptop’s processor is an upgrade from the Core i5-8300H processor used in most entry-level gaming laptops.

As such, it’s able to function at a higher speed. This also enables it to process up to eight threads simultaneously. Also, its GeForce GTX 1650 graphics card is powerful enough to power modern triple-A games.

This system is equipped with 8 GB of RAM and 256 GB SSD. When coupled with the Intel Core i5-8300H processor the laptop delivers enough speed for casual gaming.

Its port selection isn’t impressive. This is because the brand replaced one of the two USB 2.0 ports with a USB 3.0 port and removed the card reader.

The device is also outfitted with a combined 3.5 mm jack instead of the dedicated microphone and headphone inputs. The other ports include an HDMI 2.0 port for image output and an RJ45 port.

The Acer equips this device with a 57Wh battery, which lasts up to eight hours with the brightness reduced to 150 cd/m and its power-saving features turned off.

This Acer Nitro 5 model is a balanced package for its price. The updated case, battery life, and upgraded processor make it a great option for students who play games occasionally