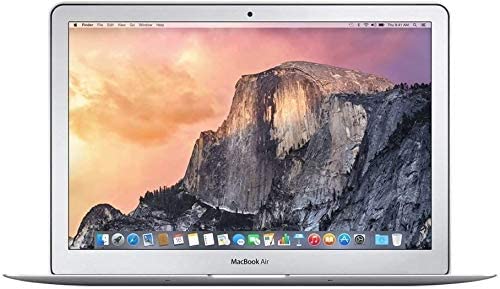 It is the first MacBook Air using the M1 chip; hence its improved performance.

Students who have been using MacBooks and are looking for one with a better performance should buy this model. It’s one of the first Apple models to transition from the traditional Intel x86 processors to arm-based chips similar to those used in iPads and iPhones.

The new M1 chip substitutes the usual Intel Core Processors (i3, i5, i7) and has an eight-core processor. Four of them are high-performance CPU cores for handling demanding activities like data crunching, and the rest are high-efficiency CPU cores for supporting lighter tasks.

Its storage capacity is admirable for this price point. It has 8GB of RAM and 256 GB of SSD, allowing you to perform many tasks without lag.

As far as physical connections, this new MacBook Air model doesn’t have too many ports. On the left are two USB-C ports and a headphone jack on the right.

The MacBook Air delivers up to 30 hours of battery life, allowing students to travel/ or use the laptop for more than a day without recharging.

The new M1 chip is a gamechanger for the MacBook Air series. Not only does it improve performance, but also extends this MacBook’s battery life.