Beneath a Scarlet Sky horror book 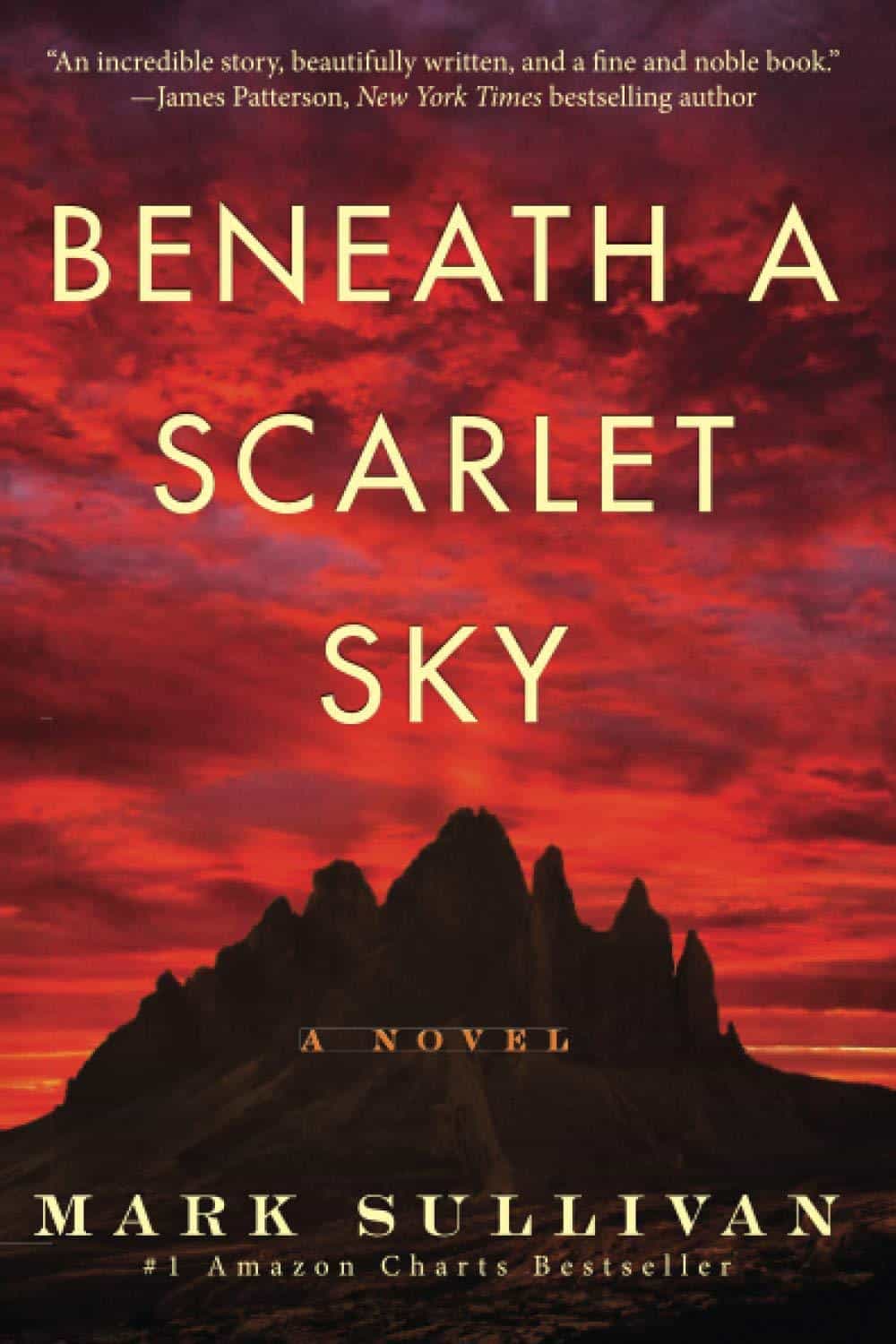 Beneath a Scarlet Sky horror book

Beneath A Scarlet Sky is one of the novels with top reviews and sales count on Amazon. Its genuinely inspiring and epic story based on real events of World War II from an Italian young guy’s perspective has everything from romance to action to keep the readers hooked.

Pino Lella is an Italian teenager obsessed with music and girls, but in Milan in 1943, his days of innocence are numbered. Although he does not want to know anything about the war or the Nazis when his family’s home is destroyed by bombing, everything changes. Pino starts to work in an underground organization that helps Jewish people escape through the mountains and falls in love with Anna, a beautiful Jewish refugee.

Intending to protect him, Pino’s parents force him to enlist in the German army. When he is 18, he becomes the driver of General Hans Leyers, Hitler’s right-hand man in Italy and one of the most influential and enigmatic commanders of the Third Reich.

Although Pino can spy on the enemy this way, he has to deal with the horrors of war and Nazi occupation. Only his love for Anna and the dream of a life that one day they will share give him the strength and courage to keep fighting in secret.

The novel was based on “the true story of a forgotten hero,” who led Jewish refugees across the plains to freedom and faced mental struggles by his fellows by working as a spy and pretending to be a traitor to his country.

Many World War II stories were written about English, French, Americans, and Germans but rarely about Italians. This story wins a huge point just by the setting in this sense. Besides, the novel has everything from romance to tense epic moments that keeps the reader hooked while it gives much historical information about the war and its effects on Italy. Sometimes the book becomes a historical document with many dates, descriptions, and historical information. It is a book to read by history lovers.

As the author recounts, Pino grew up to be seventeen and became old at eighteen. It is seen that the war changes people. It made Pino a brave guy who does not think about his safety and acts in precision to reach his dream.

Beneath A Scarlet Sky takes us to Milan, Italy, it is 1943 when World War II was at its peak. The Nazis have arrived in Italy, and the life of the young Pino Lella is about to change irrevocably. After their city is bombed, Pino’s parents send him to the Alpina house on the shores of the Alps to safeguard him, but there they find him a mission, to guide dozens of Jews through the mountains to Switzerland.

Then, at the age of eighteen, the news reached him that he would be recruited, and his parents forced him to enlist in the German army to protect him, and by chance ends up being the driver of Hans Leyers, Hitler’s right hand in Italy. So he’s in the right place to be a spy for the resistance; he only survives by thinking about Ana, the love of his life, and what awaits them after the war.

He works as a secret agent in the German army to protect the love of his dreams and many jews. However, he faces the accusations of his friends and many Italians as he is seen as a traitor. But the only thing matters to him is to reach his dream. The story is gripping and exciting that is inspiring and epic at the same time.

As a historical book, Beneath A Scarlet Sky, is very well written. It successfully takes you back to mid 20th century Italy with lengthy descriptions and information. It is a perk for history lovers but can be a bit boring if you are not interested in this part of the novel. Indeed, the book sometimes overwhelms with too many dates and historical data.

But on the other hand, the story of love that gives a man courage to achieve his dream of being with his love is very well-portrayed. The drama is very well balanced with tears, laughter, goosebumps, and adrenaline.

Pino Lella is a six-foot-tall skinny 17-year-old man who dreams every day of his beloved girl to live a great love story. He is a dreamer, a romantic: An innocent good person. He has had a British governess and speaks English and French fluently.

Carletto Beltramini is Pino’s best friend, and despite everything, he continues to be so until the end of his life. He helps his father in the store. He has a round face and a slim body.

Domenico Lella, his brother, is two years younger than Pino and shorter than him but stubborn and strong. His story is one of the exciting parts of the novel.

Anna is a beautiful Jewish young lady who agrees to go to the movies with Pino the first time they meet. She smells of jasmine, and she sways as she walks. He wears a braid of dark hair and is a few years older than Pino. She is the reason Pino holds on until the end.

Overall, Beneath A Scarlet Sky is an excellent historical-fiction novel in which there is something for every kind of reader: There is history, romance, epic moments, heartbreaking situations in a well-written and balanced book. There is a reason that this is a top-rated best-seller. Recommended for everyone!