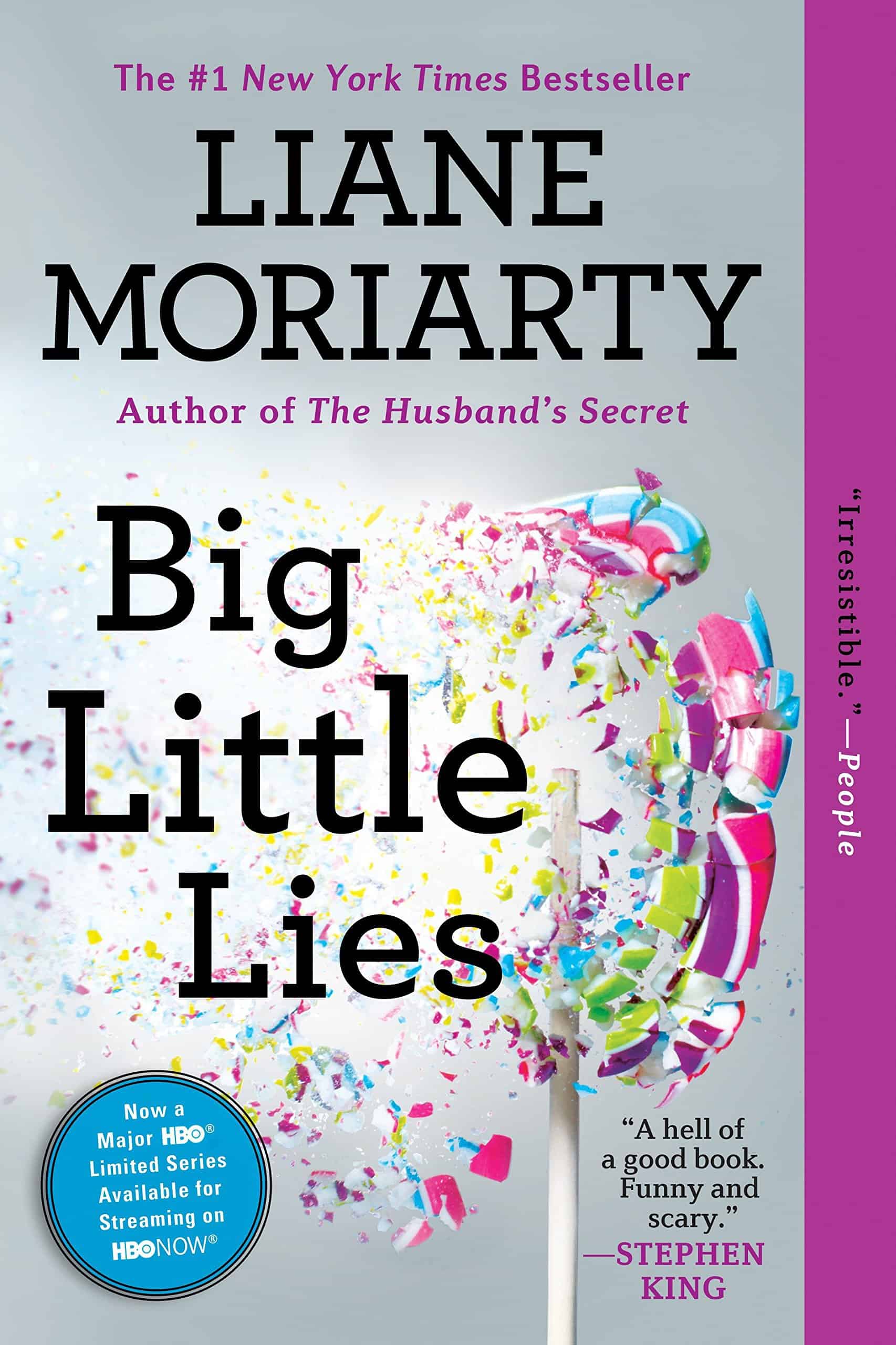 Thanks to its HBO TV series adaptation, Big Little Lies is one of the most famous stories these days. It is a different take on mystery-murder stories, focusing more on the actors rather than the mystery and investigations about the murder. It is an easy-to-read book with a highly entertaining plot that has everything from life itself, like humour, drama, passion, and mystery.

Jane, Madeline, and Celeste are three mothers who seem to have everything until they learn the hard way how easy it is that one little lie can ruin everything with a domino effect. Single mom Jane is new in town with a secret she’s been hiding for years. On the first day of school, she meets Madeline and Celeste. Madeline is a severe and harsh woman, while Celeste is a beautiful yet sick woman who gets a lot of attention. They help Jane with everything keeping her under their wings, but at the same time, they have their own secrets, which they are cautious to hide at all costs. But a small incident involving the three women and their children occurs, which leads everything to chaos to the point that no one can separate the truth from the little lies going around. The incident is a murder, but the victim and the murderer are kept a secret until the end of the book.

Big Little Lies touches on heavy subjects but is also full of common and ordinary problems. This novel has almost a perfect balance that allows you to delve into its world and problems without reaching the exhaustion of being overwhelmed by them.

The novel does not focus on murder the way it usually happens in books. It is not about some policemen or journalists investigating what happened, trying to find the murderer. Instead, the story is more about the things that led to the action of murder and the characters’ deductions of who died and who is the criminal.

It is an entertaining story with simple and direct language. It has around 500 pages, and the mystery is alive until the end of the book. The incidents and emotions are very well balanced with humour, drama, mystery, adrenaline, betrayals, gossips, and plots. As always, the same case with TV adaptations is apparent here. The book is much more detailed and entertaining than the TV series.

The writer shows that this is not exactly a thriller in the strict sense of the literary genre from the first chapters. It is much more than the story of a murder. It is a drama with a strong presence of intrigue that keeps the reader in doubt from beginning to end, raising suspicions about all the characters.

Big Little Lies tells the story of a universe of women from different backgrounds and seemingly perfect lives. Our protagonists are Madeline, Celeste, and young Jane. All three are mothers who take their children to kindergarten in Pirriwee, Australia, and who, for life reasons, know each other and end up being friends. Little by little, we get to know their problems and difficulties in their lives. They all seem normal and happy from the outside, but none of them are what they seem to be.

It is apparent that, when writing this book, the author intended to keep the reader glued to the book until they finish it. And we have to admit that she has succeeded because the plot is very entertaining, making the reader learn more and more with each chapter.

The characters are very well defined since they all know each other, and each one thinks about the intentions of the others, which leads us to learn the dirty laundry of each character. There is a little game of thrones going on in which we learn from different perspectives. This writing style makes the book much more interesting and puts the book in a different category compared to ordinary murder-crime stories.

Another significant aspect is that the author uses a very common language that helps us to integrate ourselves into the book in the simplest way possible. The pages just fly away so quickly that the reader loses track of time.

Little Lies is an extraordinary story about these 3 women at a crossroads, schoolyard scandals, and the dangerous lies we tell ourselves and others in order to survive.

Madeline is funny, harsh, and passionate. She remembers everything and does not forgive anyone. She has a grudge against her ex-husband and his new wife.

Celeste has the kind of beauty that makes everyone stop and stare. Although she can seem a bit nervous at times, who wouldn’t be with that naughty pair of twins? She and her husband lead dream lives, but dreams have a price.

Jane is a single mother and new to town. She is so young that she is mistaken for the babysitter. In addition, she has concerns that are inappropriate for her age and has certain secret doubts about her son.

Big Little Lies is a great book that can be entertaining for any kind of reader. It is a simple story, narrated in an excellent and entertaining way. Of course, it may be boring for those who watched the series since they know about the outstanding final that is the story’s climax. But if you haven’t watched the series at all, or at least not until the end, give the book a chance. It is highly recommended for readers looking for an addictive, entertaining and straightforward story.