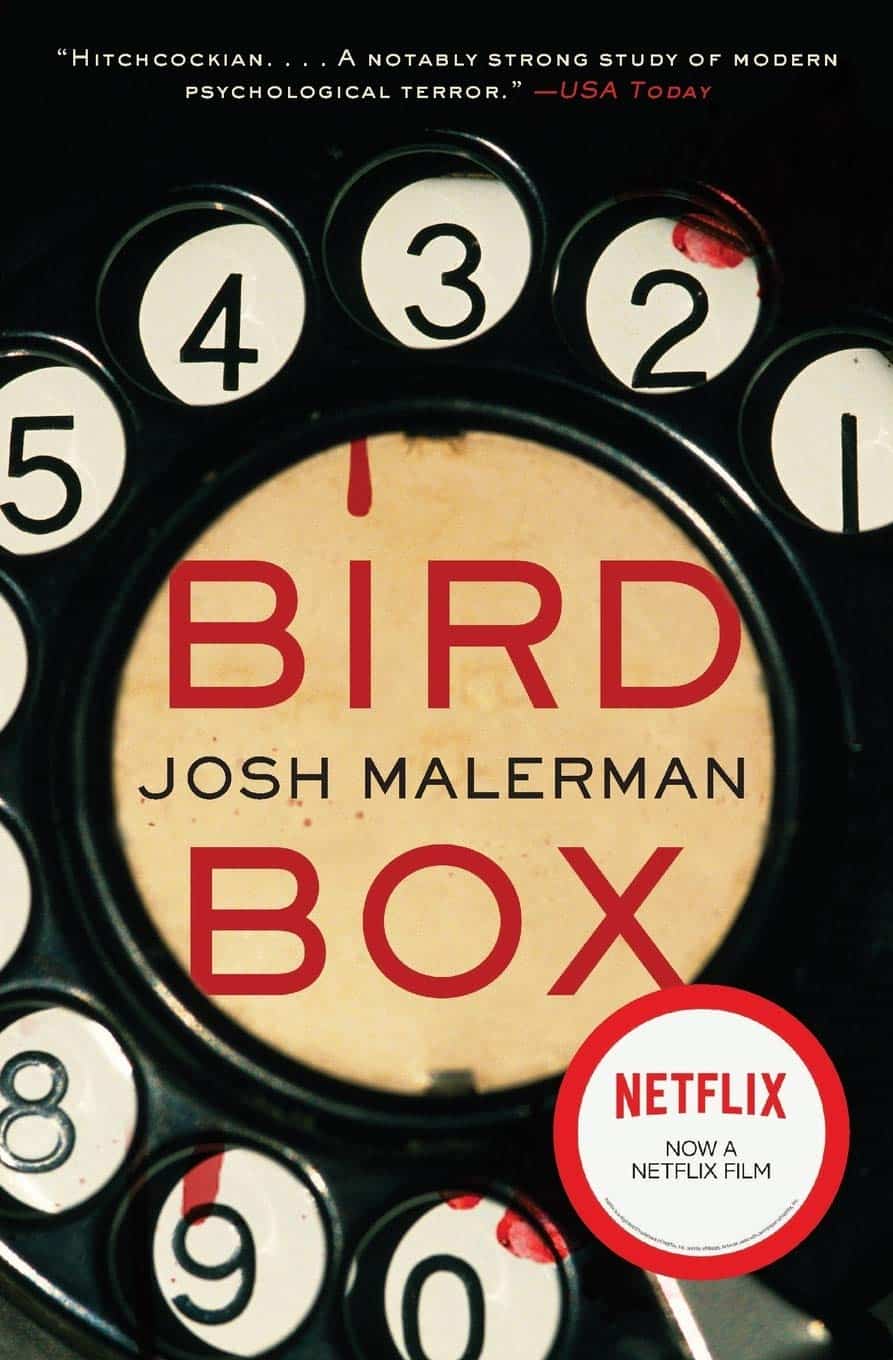 Bird Box is an excellent psychological thriller that hooks the reader to the story with its chaotic and disturbing story, in which a protagonist with tremendous willpower tries to stay alive in a world full of unexplained beings. The enduring mystery, Malerman’s straightforward language, and well-balanced narration make the novel a joy to read.

Bird Box is the story of Malorie, a woman who has lived for four years locked in a house through which not even the slightest ray of light can sneak in. This is because if she decides to look outside, she will die since outside, there are some unknown beings living around. Just looking at these creatures causes extreme madness in humans leading to suicide. But she does not live alone, she lives with two four-year-old children born in that same house and who had never seen anything outside those walls, because when Malorie arrived there, she was pregnant.

After four years of confinement, Malorie decides that the time has come to flee and try to find a better place, both for herself and the children. For this day, she has been training the children so that with only four years, these little ones have the most delicate ear you can find, and that will be the key to the story because they will have to make the trip blindfolded and guide themselves through their other senses.

Bird Box is a story that infects paranoia and extreme anguish in the reader. Not knowing what you are afraid of, seeing that everyone is dying and the need to go out to get things as essential as water or food, is complete agony. As a reader, you are unable to find a solution to the problem that seems to be exterminating the human race.  You feel you need to know what is out there, what is causing this madness. So, the author’s particular way of giving the information in a disorderly way and with a dropper causes you to get hooked to the story and can’t stop reading.

The story itself is very original and creates a massive curiosity in the reader. Yes, the monsters, ghosts, serial killers, aliens are all scary but what scares humans the most is the unknown. And this story is full of it.

The story is told alternately in the present tense and flashbacks that tell us briefly how the current situation has come to be. In these flashbacks, we see how Malorie lives in a house that functions as a kind of shelter for those who still survive the catastrophe and have nowhere to go. In total, about seven or eight people live in it and, as is inevitable in any crisis, tensions arise between them that will lead them to make more or less fortunate decisions.

One of the most entertaining aspects of the novel is this narration style. The reader can learn a little better how things worked during a cataclysm of which we do not know how it happened or what theories people had about it, or what measures were taken to deal with it. On the other hand, the parts narrated in the present are somewhat heavier because they take place more slowly and have a higher dose of action.

Josh Malerman’s pen is unlike other horror or mystery writers; it is simple, concise, and light. Alternating present and past, he manages to show us where our protagonist is going and how she got to that situation in a masterful way. The narration is done in the third person. Malerman does not need ornaments or extensive descriptions to recreate this chaotic world because the language and the context perfectly complement each other. The short sentences and the direct and uncensored narration keep the tempo up and create a different kind of tension.

The characters are perfectly outlined, but above all, Malorie, the main character, stands out. We meet a woman who, in four years, has evolved a lot. Thanks to the author’s way of narrating, we see how our protagonist goes from being a normal young woman with the most common problems to a woman raising two children without leaving their house without a blindfold. She does not remember what the outside world is like because since she left his home four years ago, she has not been able to look beyond those walls. Still, the time has come to try to get out of there and take the children to a better place. She will face it decisively and will not allow anything to stop her. In addition, we will also see the strength and discipline with which she has been able to educate children despite the circumstances. She teaches them to develop their hearing to extraordinary limits. Since eyesight is very risky outside, their survival depends on their hearing skills.

As secondary characters, Tom can be highlighted, who becomes a kind of inspiration and point of support for Malorie. Since from the first moment they cross paths, a special type of connection arises between them that makes them understand each other perfectly.

Bird Box plunges us into a story as chaotic as it is disturbing, where the anguish will seize the reader, creating anxiety to reach the end. With a narrative that alternates between past and present, a protagonist with admirable willpower and beings without possible description, you will immerse yourself in a world where the only way to survive is to close your eyes and not open them no matter what happens.