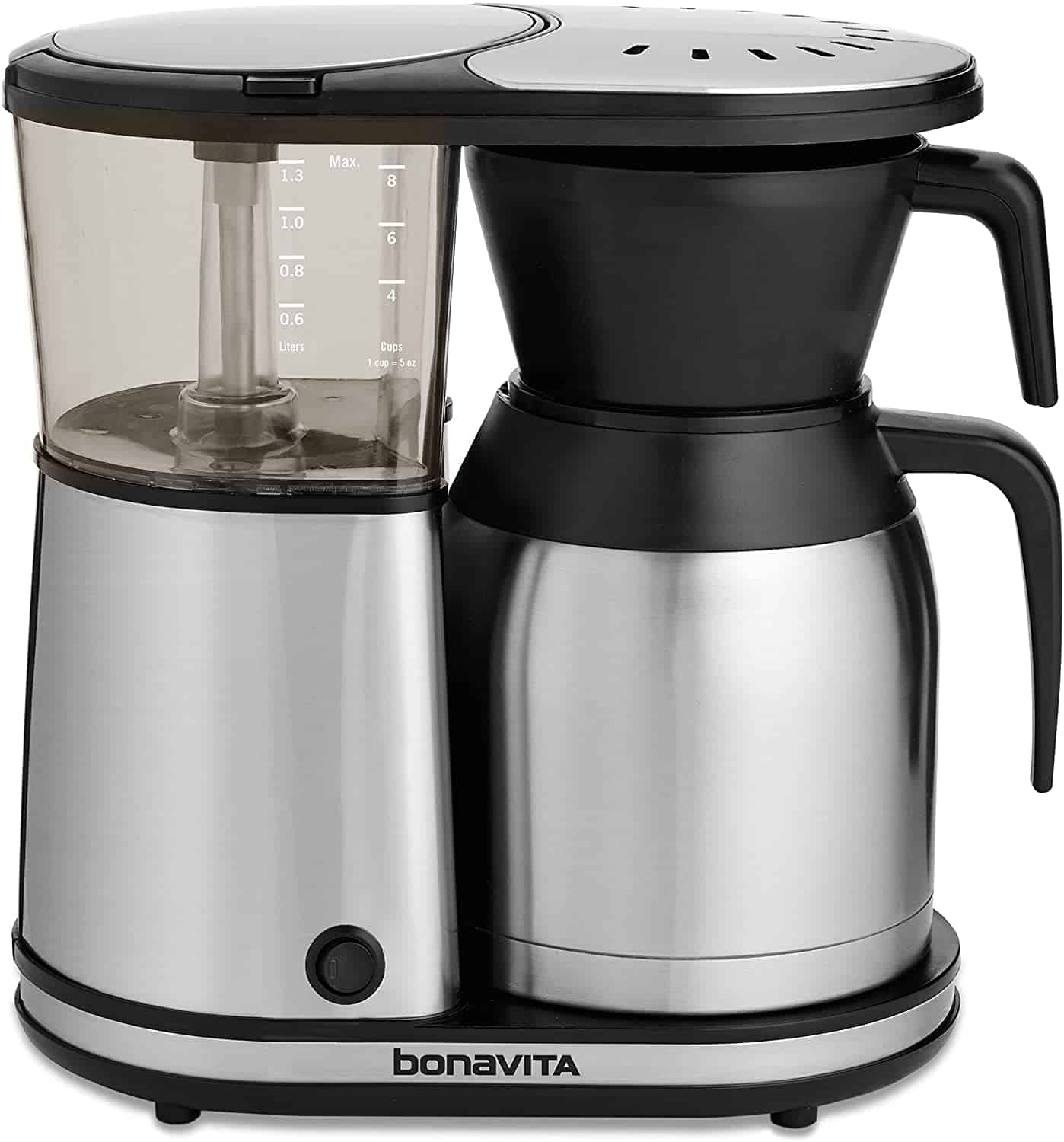 It is suitable for people that don’t compromise on the quality of their drip coffee, at the same time, it keeps your coffee warm throughout the day.

Three years ago, the Bonavita BV1900TS coffee maker was released, and it won the hearts of coffee drinkers and critics alike. Apart from the delicious coffee it made, the haggle free design and comparatively low price were major talking points.

However, the Bonavita Connoisseur seems to be an improvement on its predecessor. This coffee maker may not be beautifully designed or sophisticated like some of its competitors like Breville Precision Brewer – it can stand its ground when it comes to functionality.

Another advantage it has over the other coffee makers is that it is competent while costing less. For this reason, it’s a highly recommended and outstanding buy.

Just like its predecessor, the Connoisseur is nice-looking but is not that striking. Hand-built in Holland, the classic design of the coffee maker is impressive and highly functional. Still, the stainless black plastic trim and steel body of this brewer matches with modern kitchen decors.

The designers resisted the urge to add additional complexity to the Connoisseur which would have made it cumbersome. Filling the tank is as simple as can be and you’ll be done in no time. Just open the reservoir’s flap and pour water into the wide mouth directly. The tank has a max capacity of 40 oz.

The coffee maker comes with just one button, which makes it very easy to operate. It looks more like a switch designed in a small, spherical button shape.

Due to the success of its predecessor, the BV1900TS, we thought the Connoisseur wouldn’t match up when tested. However, not only did it succeed, but it also exceeded our expectations. When it comes to brewing coffee grounds, the Bonavita Connoisseur put in an impressive performance.

As nice as the numbers on this coffee maker are, you’ll be glad to know that when the Bonavita Connoisseur was tested for taste – it passed in flying colors. This device can change your lowly coffee beans into a delicious cup every time.

For the test, we were able to notice the drink had sufficient depth in flavor and there was no bitterness after sipping. For the coffee beans used, we were able to detect cinnamon and chocolate notes. These are flavors only top brewers can extract from the roast, but we did it with this machine.