Why trust us? We take expert advice, test & research products and select products indepedently. If you buy through links on our website, we may earn an affiliate commission read more. 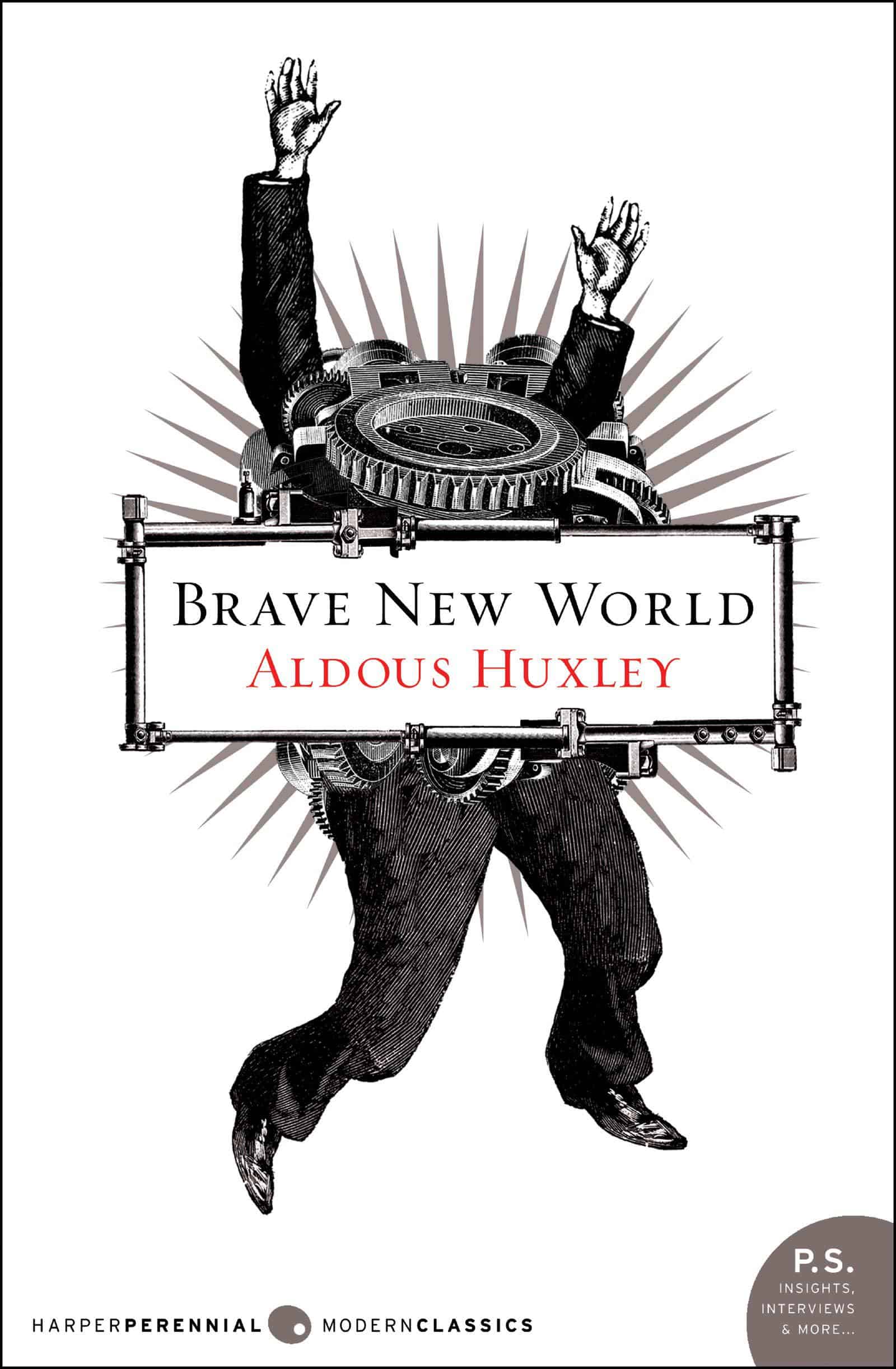 This novel is not for the light-hearted and will be perfect for those looking to learn a thing or two about human connections, psychology and deep tones and depictions of what society can fall to.

Brave New World is one of the fundamental and most famous dystopias that inspired many works, especially in science fiction. With its deep philosophical foundation, ironic references, brilliant story, accurate criticism, it is one of the must-read novels of the 20th century.

Brave New World narrates the story of a “happy” world, a life that is entirely manipulated. Society is divided into a caste system that consists of Alpha, Beta, Gamma, Delta, and Epsilon, with Alpha being the highest people. Humans are created according to this system with an incubation process and conditioning centre in which fertilized eggs are reproduced, all mechanically, to create thousands of embryos in series. Growing up conditioned, people are already suitable to work with colleagues of the same caste and thus live “happily.”

There are no families, religions, feelings, or individual thoughts in this technologically advanced society. But there is also no suffering or disease. Everything works like a mechanical clock. Everyone is comfortable, everyone is happy, no one complains; after all, they have always been raised that this is how they should live.

Nobody, except Bernard Marx, an Alpha+, who begins to wonder the why of things and to see beyond, feeling different from the rest of his colleagues. One day he visits the reserve, where an uncivilized society called the savages live just like the past people lived. They live in houses with their families, have religious beliefs, and believe in values, ​​but they also have poverty, diseases, and many deficiencies.

Bernard has the idea of ​​taking John, a savage, to civilization. This is where the culture shock begins with the comparisons when seeing how they both live in opposite societies.

Brave New World shows a world where superficiality and contempt for nature are the norms. A society that requires drugs to forget what everyone hates but that no one is willing to change.

While Aldous Huxley wrote Brave New World as a satire of the 1930s, much of what he describes can be applied to the world we live in today. It doesn’t take much thought to associate Soma with antidepressants. A little imagination is enough to draw parallels between other aspects of the novel and situations in our daily lives. In that sense, this work leaves us thinking about the importance of wisdom, respect for nature, and the value of freedom.

The most vital part of the novel is that it leaves you reflecting on essential questions such as the meaning of life, what happiness is, how we should live as a society, and what makes us human.

The novel describes a future society in which industrialization has been taken to the extreme, to the point where human beings are created litters through genetic engineering. The men and women born are assigned to a defined social class, and through hypnosis methods, they are convinced of their role in society.

Family and monogamy no longer exist, and promiscuous sexual relationships are encouraged by the state. As if that weren’t enough, people take a drug called Soma, which calms them down and makes them forget about problems.

In this happy world, nature is forgotten and despised. Time is counted according to the great creator: Henry Ford, the pioneer of industrialization. In addition, children are raised to be repulsed by books. Ignorance is a mark of distinction in this dystopia. Of course, anyone who opposes these rules will raise suspicions on the part of the State.

Aldous Huxley uses a plain style in Brave New World. The style is detailed, unemotional which makes the technologies seem plausible and the humans pitiful. Huxley does not use physical descriptions of characters and makes them all seem the same. The writer tries to underline the characters’ lack of personality and individuality. Even though we find it as a great metaphor, this may be hard for less attentive readers as many similar characters can be confusing.

Huxley jumps between scenes and characters, building the contrast between situations stronger. He also repeats phrases occasionally to show how the characters are conditioned to think and how they’d think if they had free will.

On the other hand, the novel often references Shakespeare, including direct quotes from some plays. Huxley, once again, balances the contrast well about the futuristic concerns of the characters with the timeless human struggles discussed in Shakespeare’s works centuries ago.

Bernard Marx is a psychologist belonging to the highest caste, the Alpha +. However, he does not feel like one and is dissatisfied with his position and the society in which he lives. His dream: to travel to New Mexico, where there are reserves of “savages.” People who live in nature as in ancient times.

The other central character in the plot is the young Lenina Crowne from the Beta+ caste. Lenina follows the rules of her world and works as a geneticist. However, her relationship with Bernard Marx will make her change course.

On the trip to the wild reserves, John the Wild makes his appearance, a young man raised in the wild. With the appearance of this character, Huxley marks the difference between the two worlds. The interactions between characters of different origins mark the contrasts between the two ways of living.

In short, Brave New World is an essential novel for everyone. It is a must-read for every human being on this planet to understand society, humans, and systems more profoundly. It is an incredible novel, full of social criticism that marks you and that will not leave you even if you have already finished the book.