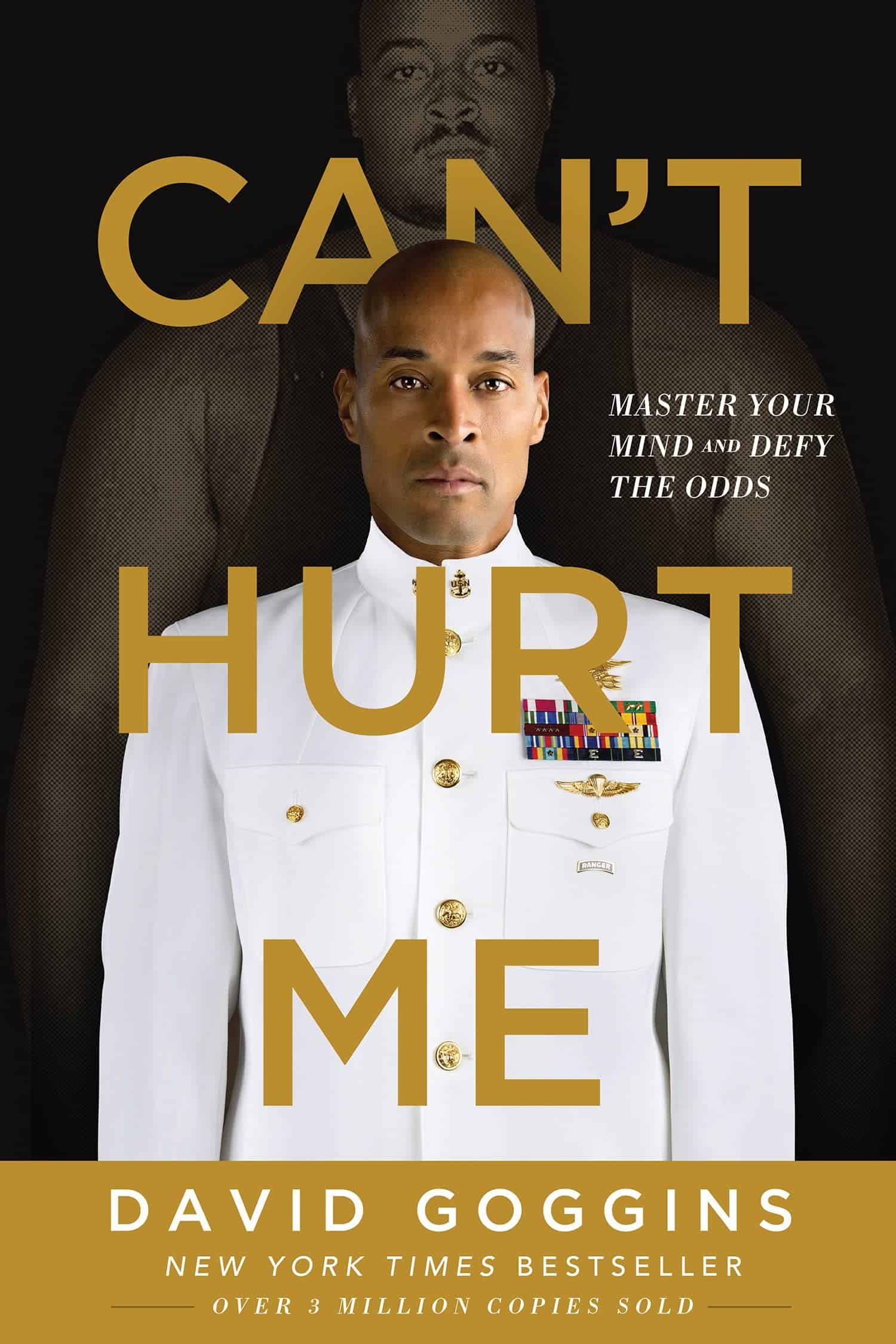 One should always seek betterment. But everything is in vain if you just have willingness but lack to follow through a plan to achieve it. This book inspires individuals who want to seek betterment and who are willing to work for it. This book is mostly driven by experiences Goggins had in his life and career. Those who want to know his story or just seek some genuine advice and growth in their life should pick up this book.

When it comes to getting fit, a lot of us find excuses. We’re too busy, we sleep in, we don’t feel like it. But what happens when we stop making excuses? David Goggins stopped making excuses and started giving life 100%. If you’ve heard his name, it’s probably because this former Air Force serviceman and Navy SEAL is also an ultra-endurance athlete and once held a world record for the most pull-ups in 24 hours. He is one of the toughest people alive. His success wasn’t handed to him, though. Goggins opens ‘Can’t Hurt Me’ saying that life is unfair and the sooner you accept the sooner you can prepare for it. The best way to approach it is with a Can’t Hurt Me mentality. Goggins says he was the ultimate underdog and the weakest man. To survive, he had to develop his own mindset. He wasn’t looking for money, fame, or even a pat in the back. He was looking for fulfilment. And the only way to find was within him by going to war with him. Goggins’ childhood was a nightmare. Poverty and physical abuse coloured his early day. But through self-discipline and hard work he transformed himself from a depressed, overweight young man with no future into a U.S. Armed Forces icon and one of the world’s top endurance athletes. The only man in history to complete elite training as a Navy SEAL, Army Ranger, and Air Force Tactical Air Controller, he went on to set records in numerous endurance events, inspiring Outside magazine to name him The Fittest Man in America. In Can’t Hurt Me, he shares his astonishing life story and reveals that most of us tap into only 40% of our capabilities. The author calls this 40% Rule, and his story illuminates a path that anyone can follow to push past pain and reach their full potential.

Goggins had a terribly hard life. After surviving an abusive and traumatic childhood he faced poverty and became overweight in his twenties. As a result of the trauma from his childhood, he was nearly illiterate as a teen. None of this stopped him, though. Now he’s here to help you stop backing away from challenges, too. The book is amazingly engaging for the readers.

Usually routine can create boredom, which can lead to wanting to do nothing. According to Goggins, one should keep challenging themselves, might that be mentally or physically. Forging a good sword takes with many bashes, and through that philosophy, Goggins gained his desires. This book is suitable for anyone without the bounds of age. One can read it as a heart-warming success story of an underachiever that pushed through his limits, or an inspirational book to better oneself, or just for a casual read.

The book shows a sure and certain path towards growth. That is as follows: When you’re thinking of quitting, accept the pain and refuse to quit as a possibility. Push yourself daily to do what you don’t want to do. Week after week expand the limits of your comfort zone little by little. Use enemies and hardships as fuel for your motivation. The book is filled with Goggins’ experiences, and it is satisfying to follow through.

Goggins’s story is filled with ways one can seek redemption and fulfillment. Although the book has critical review, in a perspective that the book might be leaning towards unbalanced emotional wellbeing of the attitude towards achieving your goals, others have argued that this might not be a way suited for everyone and it takes a lot of dedication to follow through this plan, so it just might be, what readers needed to hear. The book follows a pattern of finding the flaws in oneself, set goals and better prepare for those goals daily, visualize success, follow through till the end, apply progressive overload of doing better in the next round and you’ll lean towards success more than a day prior.

Can’t Hurt Me is a motivational and how to achieve your goals book. At the same time book follows Goggins’s career and the path that he chose for fulfilment. It’s not necessary to follow through his footsteps inch by inch but one can definitely get motivated after reading this book. Overall it’s an amazing memoir that anyone should read.