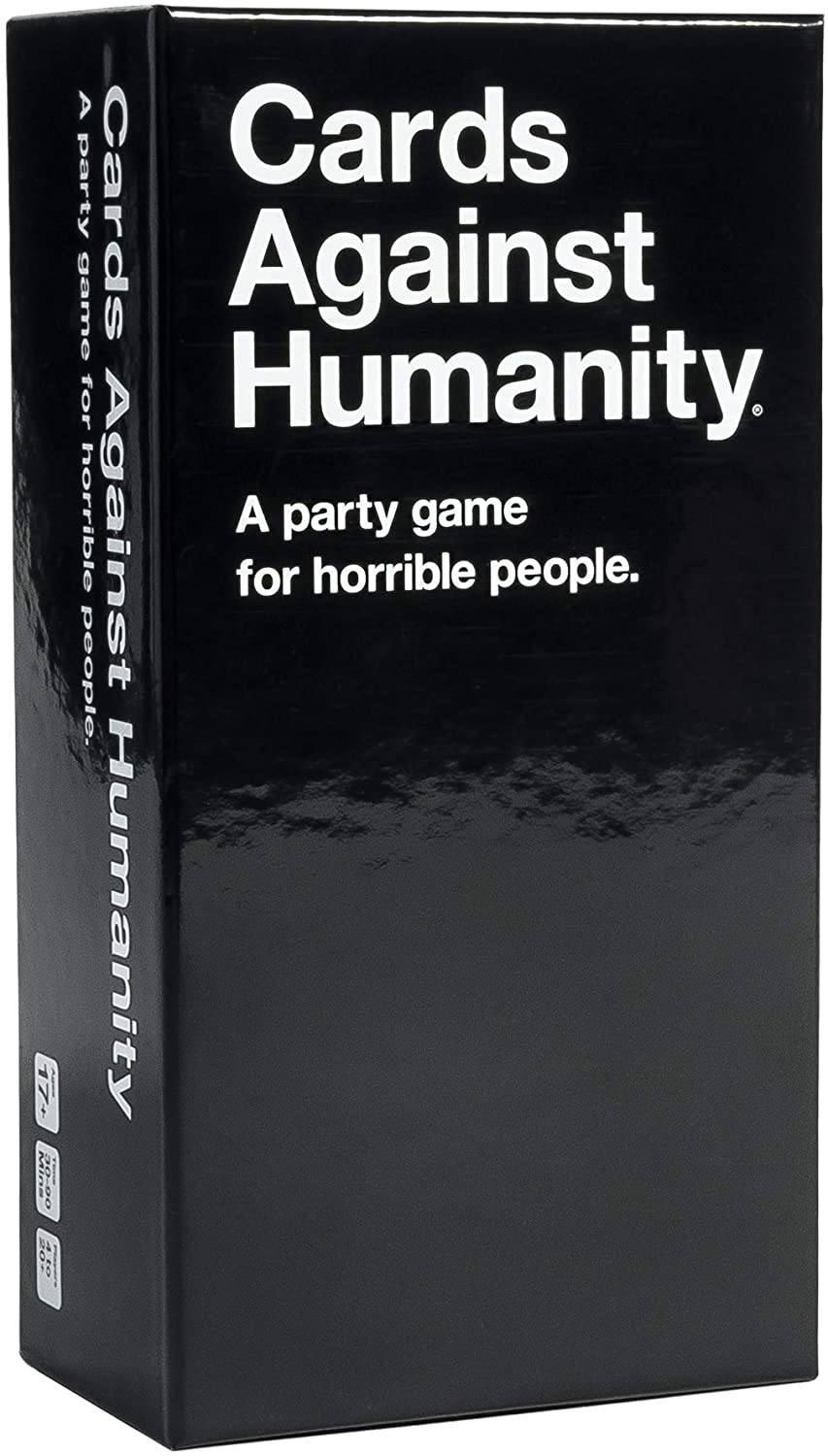 This is the perfect choice of a card game for players who want to have fun playing games with lots of exciting twists and turns.

This card game can be used by four to twenty people at the same time. The pack has the words “A party game for horrible people” written on it, which already gives you a hint that it’s designed only for adults due to the words involved in the cards.

This classic game came out in the year 2011 and quickly became popular amongst friends and party lovers. It’s a simply designed card set with just two colors – black and white. There are around 500 white cards and roughly 100 blacks ones.

At the start of the game, each player will draw ten of the white cards then draw one black card per turn. There are words written on the black cards which each player has to read aloud. The player with the funniest quote on the card wins the game.

This adult game set has quickly become a favorite in many households for years now. It is easy to use as what the players need to do is simply to read the quotes on the cards out loud and react to them. It’s surely a great way to have fun.

Although it is easy to use, it is not a game for the faint-hearted. The kind of fun associated with this game is best described as dark humor.

Since this game became popular amongst many people, good-quality expansion cards were made to keep it looking fresh. So, we can say that the material is durable. A total of six expansions have been released and have been repackaged into red, green, and blue boxes.

The red box has the first three expansions while the blue box has the last three. In the green box, you will find three hundred new cards. The same cardboard-like materials are used in all of these which are coated with wax to preserve them.

There are some insensitive quotes on some cards that may create an awkward situation among the players and even those watching it. This is especially true if the people come from different backgrounds.

Asides from the possibility of awkward situations coming up, there are also funny moments that come from the card pairing. These fun moments give the game its ultimate charm. There are also some cards that deal with racial issues, sexual conduct, and humanitarian crises as well as some other topics that are not freely discussed.

A pack of this game is sold at a moderately affordable price which is quite reasonable. Since it can be played by more than ten people, then it will give you a good value for your money, unless you don’t enjoy its content.

Cards Against Humanity is a good game for those looking to have fun with a touch of naughtiness and horror. However, we don’t recommend this card game for children due to the dark humor of the text in the cards involved.