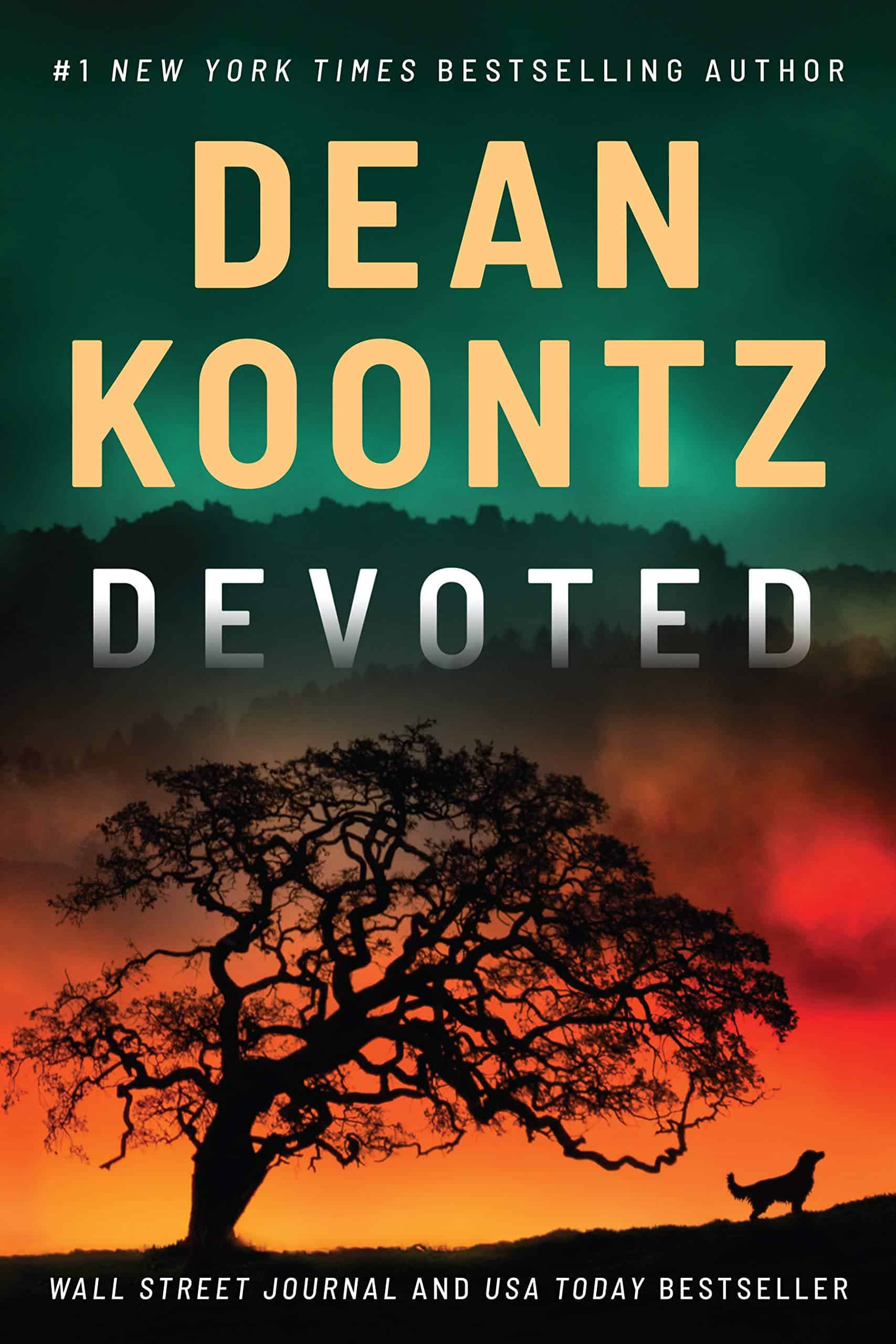 The story of Devoted is related to an autistic yet extraordinary boy and his relationship with a golden retriever, who is also different from ordinary dogs. The bad guy in this story is depicted to be truly evil, and the eeriness in his persona is sure to give the readers goose bumps.

Devoted is a novel based on a mysterious ground that is a combination of the forever prevailing loyalty between a human and a dog and the petrifying actions of a psychopath. It has sweet bonding on the one hand and extreme brutality on the other hand.

The story revolves around an autistic boy having supernatural abilities trying to find out the reason behind his father’s death with the help of a dog who is also specially gifted. On parallel grounds, the rogue of the plot, a converted maniac, tries to enslave the boy’s mother cruelly.

The plot shows the victory of good over evil in an extreme manner, indeed. The storyline is full of elements related to anticipation, sweet human-dog relationship, and utmost mania. This book shall make the readers want to read page after page, till the end, with apprehension and eagerness.

The cliff-hanger Devoted is a concoction of fidelity and contempt. The polar opposite elements will make the readers envisage good and bad together, making the storyline even more engaging and appealing.

The extensive stretch of scenes, such as the exceptional calibre of the young boy behind his voluntary silence, the zenith of goodness in an animal, and the ultimate abominable deeds of the villain, all have been showcased in the best way the author could.

The ingredient of presentiment lingering now and then pertains throughout the book. The triumph of good over evil has been portrayed in the most dramatic way possible.

The plot is established around a mute autistic boy named Woody Bookman, who lives with his mother, Megan. He has lost his father in a helicopter crash that was supposedly an accident. But Woody suspects some other reason behind his father’s death. Although deemed to be mentally challenged due to his disorder, he is extremely intelligent, tech-savvy, and has unusual powers.

Meanwhile, Lee Shacket, the CEO of an experimental laboratory, and the antagonist of this story is trying to aloof himself from the occurrence of a destructive incident at his workplace. The accident also happens to have brought about some drastic changes in him, somehow. He is a former lover of Megan and now wants to regain his relationship with her, but this time in a very savage way.

Another protagonist of the plot is a golden retriever named Kipp who has recently lost his owner. Kipp has a special potential to communicate via telepathy with other ‘Mysterium Dogs’ of his kind. He connects with Woody through ‘The Wire’ and both meet ensuing in an adorable, faithful and devoted bond. Together, they are on the quest of discovering the truth behind Woody’s father’s death and attempting to battle with the evil character.

The story highlights the everlasting affiliation between a caring boy and a loyal dog. The latter’s inherent faithfulness towards his master braced with his unusual capabilities serve as a cherry on the cake to the readers.

The book has been written in a vivid language that makes it easy for the readers to visualize all the scenes taking place. Superhuman powers mixed in with some questionable actions make for a complex but very exciting book to say the least; proving once again that Dean Koontz is a fantastic author in this genre.

Everything said, the plot swarms with components that shall leave the readers on their tenterhooks while reading the story and even after.

The characterization in this novel has been made over a vast range. There is this charming and understanding connection between Woody and Kipp. On the other side of the coin is the villainous Lee, whose recklessness is beyond the imagination of anyone. The scale is one of the extremities, and there is nothing halfway.

Woody is a special boy since birth. He fears being mistaken and misunderstood and chooses to keep mum, come what may. However, he has channelled his potentiality into being a technical genius and is determined to find the truth.

Lee comes to the readers as an insane, stubborn, despicable, and obsessed character. He is smart and claims to be prudent but uses his intelligence in a negative direction. His nasty eye and perversion towards Megan are perhaps the scariest parts of the story.

Megan is showcased to be a caring and affectionate person, and like all mothers, she is ready to do anything and everything to see a smile on her son’s face. Although having lost her husband in the recent past, she has moved on in her life with Woody, which exhibits her pragmatic and resilient personality.

Kipp is represented as an intelligent, empathizing, staunch, and warm-hearted character. Although an animal, he is a quintessence of morality so much so that the author chose to title the book allied with him.

The book is thoroughly packed with expectancy with a beautiful combination of trust and loathsomeness. However, it is not suitable for readers of all age groups due to the inclusion of sexual content and intense barbarity. Notwithstanding, those who can handle a whodunit story blended with both virtue and violence should opt for reading this book. Also, undoubtedly, it shall be a treat to dog lovers.