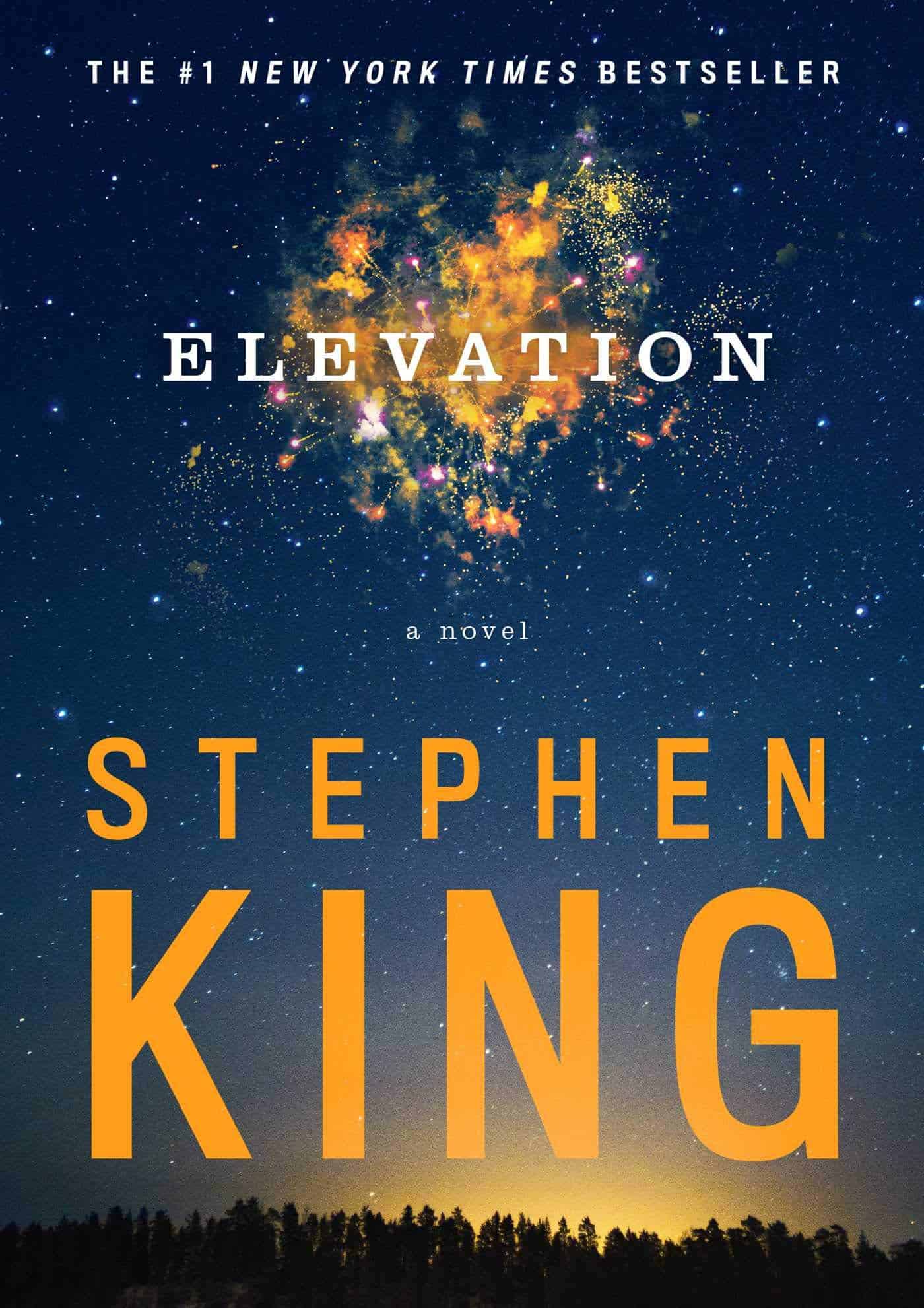 Elevation is the perfect novel for those looking for a great message conveyed through brilliant storytelling. Although slow-paced, the book contains nuances writing blended with some brilliant character development as the plot progresses.

Weight is the preoccupation of this slim novel. A guy losing weight might not seem that different at first. He might be on a diet plan or doing some special exercise. Oh but wait, he seems the same as ever, and is he weighing less than his clothes? This is the main plot of Elevation. And as crazy as the plot is, what’s more, entertaining is the story itself. An amazing novel with a good message, nuanced subtext, and entertaining narrative. For anyone who wants a good read, add this book to your list.

In Castle Rock, Maine, Scott Carey faces a mysterious illness that causes bizarre effects on his body and makes him rapidly lose weight, even if he appears healthy on the outside. There are a couple of other odd things, too. He weighs the same in his clothes and out of them, no matter how heavy they are. Scott doesn’t want to be poked and prodded. He mostly just wants someone else to know, and he trusts Doctor Bob Ellis.

Elevation never explores why the weight loss happened in the first place or indeed encourages anything more than faint interest as to what will occur when Scott weighs nothing, no longer tethered to earth by gravity. The thin plot is, effectively, just a way for King to delve further into his perfectly drawn snapshots of small-town America, given particular resonance here by the references to the current Presidency.

Scott is engaged in a low grade, but escalating battle with the lesbians next door whose dog regularly drops his business on Scott’s lawn. One of the women is friendly; the other, cold as ice. Both are trying to launch a new restaurant, but the people of Castle Rock want no part of a gay married couple, and the place is in trouble. When Scott finally understands the prejudices they face, he tries to help. Unlikely alliances, the annual foot race, and the mystery of Scott’s affliction bring out the best in people who have indulged the worst in themselves and others.

The story naturally unfolds through conversations and encounters and the one constant- Scott’s numbers on the scale falling. King’s novels always leave readers thought to think over. Sometimes the plots are a bit bizarre but that’s what fiction is! With a person who’s losing weight day by day, even weighing same as his clothes. A story packed with wit, heart whelming moments, relatable characters, and a bittersweet ending, might leave a few, with a heavy heart. Despite being a novella, the story isn’t rushed. And overall the readers will find this novel amusing.

Scott’s weight-loss troubles are the only mystery, a private tear in the fabric of an otherwise pedestrian reality, and Scott is not particularly interested in finding an explanation or a cure. At the opening of the novel, he consults with a retired doctor who wisely tells him, “I doubt very much if this is something that can be scientifically investigated.” That confirms Scott’s decision. He wants no part of any aggressive hospital treatments or government studies. He will wane with dignity.

Scott’s friends are also affected by his condition. Any time they touch, they feel as though they’re on a rollercoaster- stomach-turning, heart-dropping movement is experienced as Scott’s gravity-free existence surges through their own, untainted bodies. It is an interesting metaphor for the personal struggle of those who orbit the person who is dying, and how they are changed by proxy.  With a skeleton crew of friends, Scott gracefully raises the town’s consciousness and expands the circumference of its appreciation. It’s a reminder of the kind of good spirit that still fills the world.

Beyond the obvious story that King tells, there are metaphorical meanings in Scott’s condition that make the novella a comment about living life well. Scott’s lightness comes from a condition that causes him to lose weight but not mass. The things that would generally weigh other people down do not make any impact on Scott’s weight. Scott realizes that the things he misses most as he sheds things in his preparation for the end of his life, that it is relationships that are most important. Just like people are weighed down by their physical bodies, people are also weighed down by emotional and physical burdens.

Scott Carey, a divorced website designer living in the town of Castle Rock, finds himself affected with a strange condition; he gradually loses weight every day. Despite this weight loss, he shows no physical changes, has a good appetite and feels better than ever. Even stranger; he weights the same even when fully dressed and holding heavy objects. Scott confides in his friend Bob Ellis, a retired doctor. Scott’s new neighbours are a lesbian couple named Deidre McComb and Missy Donaldson. They run a small restaurant named Holy Frijole, but face bankruptcy since the summer is coming to an end, and the locals refuse to eat at their place due to the prejudices the community has against lesbians. Overall, the character growth in this novel is amazing and beautifully rendered.

The novella shows what King is great at; giving the strangest of ideas plausibility, digging into the tics and quirks of what makes us individual and all too human, putting his finger on the pulse of small-town life. Elevation doesn’t always soar, but it does celebrate a tolerant, dignified world that King believes can still exist. Those who want to read a story about love, community, and acceptance entangled by human relations, give this book a try.