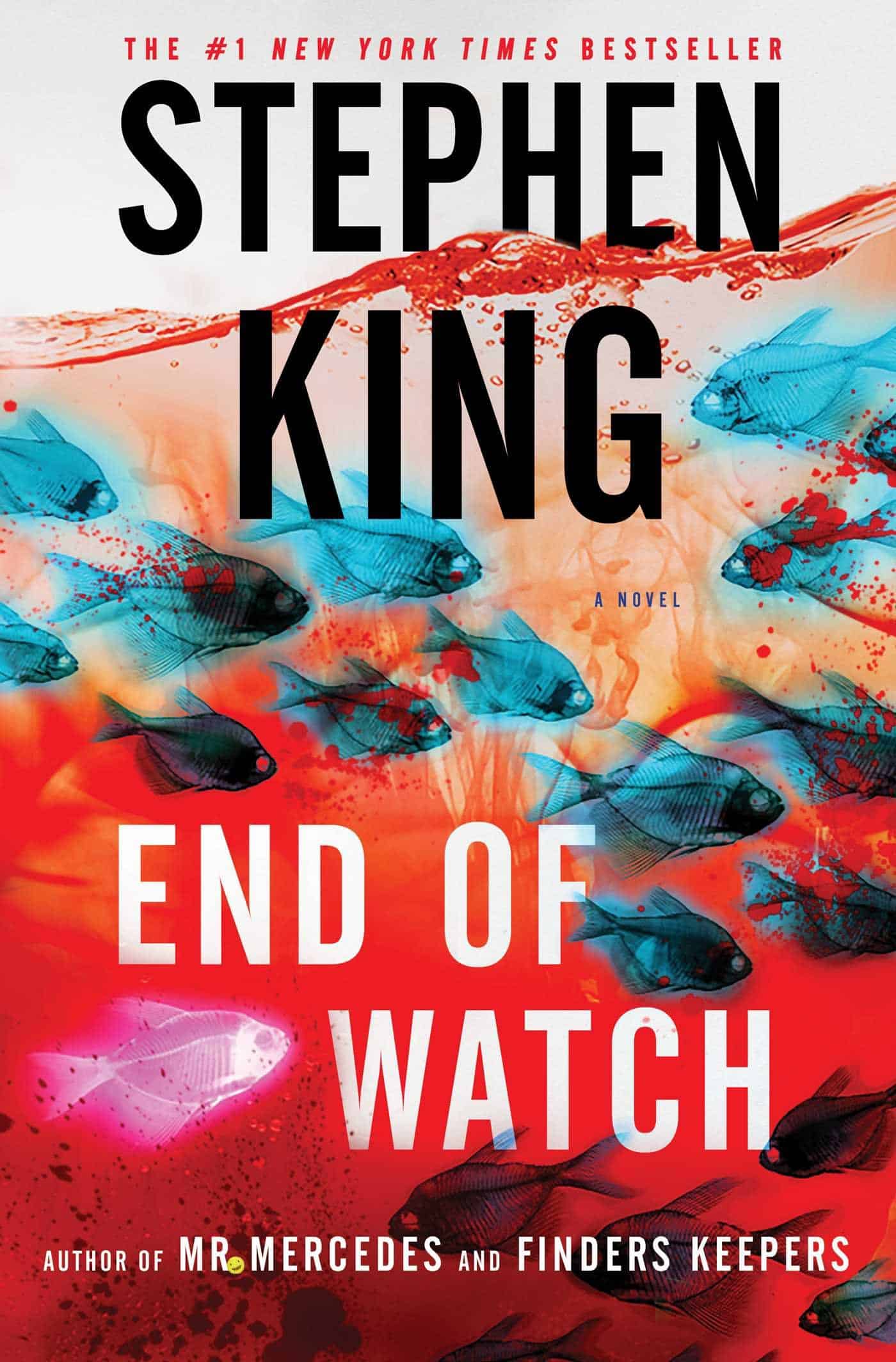 End of Watch is the perfect novel for fans of great trilogies. It is the final chapter, full of emotions and character arcs coming to a wonderful end, yet the continuation of a brilliant story with new and beautiful plots to make for a very engaging read.

The novel is the continuation of two previous novels. The Bill Hodges Trilogy is about a former police detective, Bill Hodge trying to catch Mr. Mercedes, a notorious murderer, but beyond crime, fighting for what’s righteous, it’s also about friendship and caring for others. The novel is amazingly intertwined with its predecessors and a good end to the trilogy. For those who want to read a good crime thriller for the weekend, this is the book, you must pick up.

Retired detective Bill Hodges now, with his sidekick Holly runs the private investigation agency Finders Keepers. He is diagnosed with pancreatic cancer. Given only months to live, he finds himself drawn into a recent spree of suicides. All the dead are connected by a common thread: each of them has in the past been in contact with Brady Hartsfield, the notorious Mr. Mercedes who, six years ago, plotted to blow up a rock concert venue packed with teenagers. Hodges and Holly thwarted Brady’s plans and left the killer in a vegetative state from which he never regained consciousness. However, many of the staff in the hospital where Brady now resides know that he is recovering at an impossible rate and that he may be faking his injuries to avoid trial, except that everyone who gets too close to proving this suspicion seems to disappear! Is this a fluke or is it a solid lead? What will happen when the two face ends face each other?

In End of Watch, Stephen King brings the Hodges trilogy to a bit of terrifying conclusion, combining the detective fiction of Mr. Mercedes and Finders Keepers with the heart-pounding, supernatural suspense that has been his bestselling trademark. The result is an unnerving look at human vulnerability and chilling suspense. Although one must have read the prior novels to fully comprehend this novel, overall the book is highly engaging and one can’t stop till they have reached the end.

Human beings have an amazing ability to triumph even in the most unlikely of situations. There are examples of two people in this novel who overcome physical ailments to meet their goals. One of these is Brady, who overcomes his brain injury to come up with a way to start a suicide epidemic. The other is Hodges who investigates and overcomes Brady and his suicide epidemic plan despite the pain of pancreatic cancer. A Stephen King novel is thrilling to read; he’s never bound by the parameters of one genre. Raymond Chandler is said to have advised detective-story writers, when stuck with a plot, to have a character walk through a door with a gun. But when King gets stuck, his character could walk through a door with a ghost or a box that opens into another dimension or a dog in a top hat who can recite poetry. By End of Watch, the trilogy’s conclusion, the hints of weirdness that King has sprinkled through Finders Keepers have blossomed, Brady’s supernatural abilities are in full flow and King has turned a series that started as a straight hard-boiled detective story into the horror he is better known for.

The Mercedes novels have shown a new side to King as he’s spun noir and pulp tropes into a modern yarn, weaving in our dependence on technology and the crippling effects of loneliness, obsession, and aging. Yet he’s also introduced iconic foes to enjoy, not unlike Batman and the Joker. Hodges and Brady live to torment one another, yet there’s something very relatable about these two. It’s a young vs. old dichotomy, high-tech vs. old-school tension, between a pair of men who down deep share common ground. End of Watch brings finality to their story and the trilogy, as strong a King series like The Dark Tower in terms of characterization and pure storytelling.

At the start of Mr. Mercedes Bill Hodges is a depressed, alcoholic, retired police detective who is haunted by his failure to close a murder case in which eight people were killed by a suspect who drove a Mercedes into a crowd of job seekers at a job fair. After receiving a letter from a “Mr. Mercedes” i.e. Brady Hartsfield, that provides information that only the police and the killer would know, Bill is intrigued. He pulls himself out of his depression and launches his investigation aided by Holly Gibney and Jerome Robinson. After the first instalment, Bill starts his private investigation firm with Holly and Jerome as his partners. Holly is the younger cousin of Janey and Olivia Gibney. Holly suffers from OCD (Obsessive Compulsive Disorder), synesthesia, sensory processing disorder, and she’s somewhere on the autism spectrum. Despite this, she’s very observant, refreshingly unfiltered, and unaware of her innocence.

Brady gained his abilities from a combination of medical drugs and brain damage from Holly Gibney. We learn that Brady also can possess other humans who are under the influence of a Zappit game console. This leads to Brady using his abilities to cause the suicides of people who he had previously attempted but failed to kill. Brady plays another cat-and-mouse game with Bill Hodges but fails and is killed.

In End of Watch, Stephen King brings the Hodges trilogy to a sublimely terrifying conclusion, combining the detective fiction of Mr. Mercedes and Finders Keepers with the supernatural suspense that has been his trademark. The result is an unnerving look at human vulnerability and up-all-night entertainment. Those who are tired from reading stories of invincible heroes, where the good guy always comes on top, or such stereotypical crime genre novels, and want to give a try to something different, this might be just the novel for you.