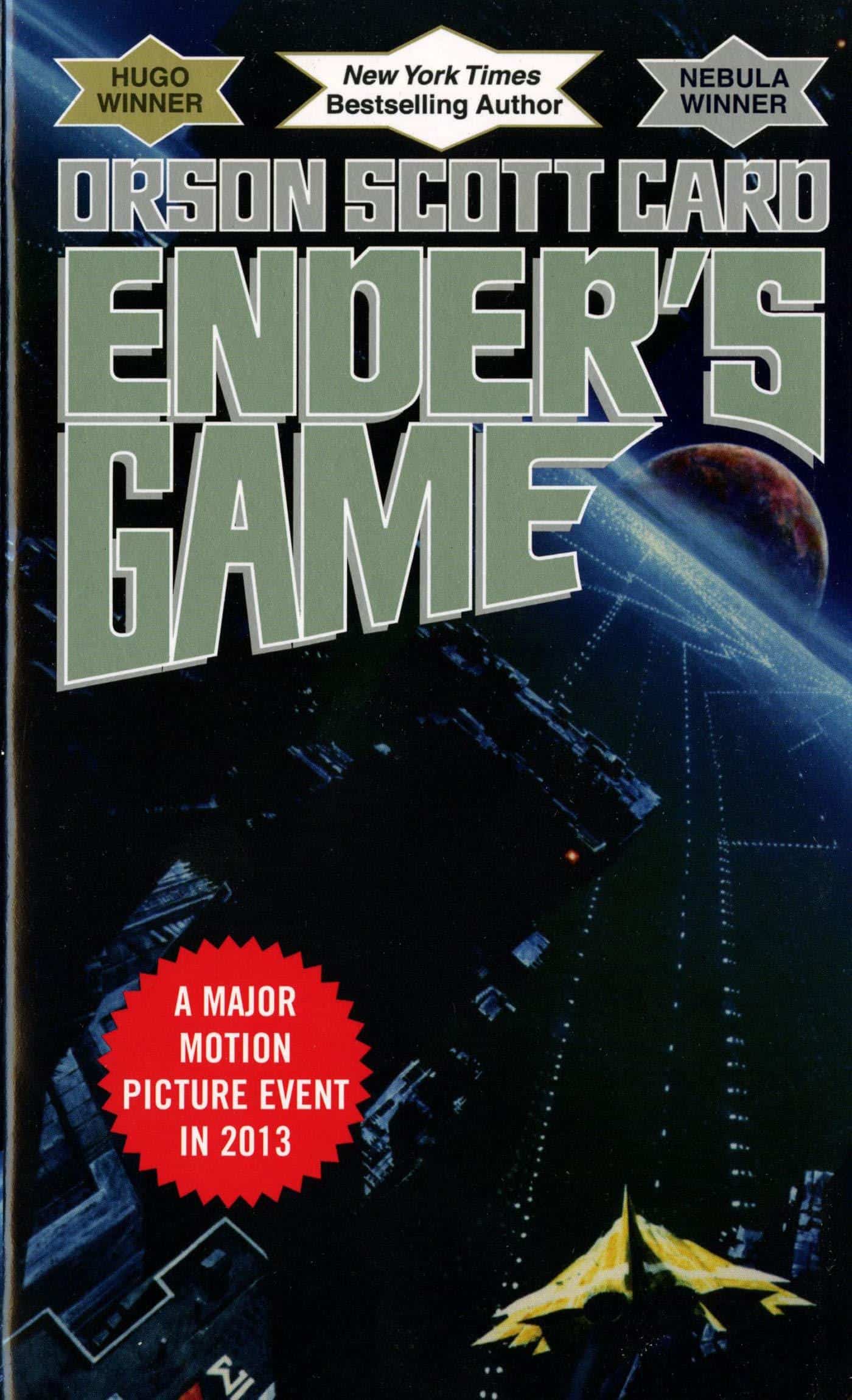 Bringing all action and sci-fi lovers to the playing field; this novel is a thrilling and entertaining ride that will make you feel like you’re watching a classic 90s Spielberg film.

Ender’s Game is a witty and absurdly entertaining novel with an engaging story full of twists, a complex, amazingly built sci-fi world, an excellent hero, and outstandingly written combat scenes. It is ultimately a must-read for sci-fi fans.

The Earth is threatened by an extra-terrestrial species of insects, beings that communicate telepathically and consider themselves different from humans, whom they want to destroy. To defeat them, humanity needs a military genius, and for this reason, the birth of Ender is allowed, who is the third child of a couple in a world that has strictly limited the number of descendants to two.

Ender is born to be trained on a space station after his older sister and sadistic brother Peter have been declared unfit. The youths are distributed in groups that compete with each other, in zero gravity, with weapons that paralyze their Armor. Ender rises rapidly in the station hierarchy and becomes a born leader, capable of directing land fleets against insects from other worlds.

Filled with philosophy and physics, this science fiction work of art becomes a must-have in any personal bookstore. One of the themes around which history revolves is the education of future generations for the greater good. Is individualized teaching necessary for each student? It would undoubtedly be a positive thing. Is it reasonable to pressure a child to bring out his full potential? Here the answers get a bit more dubious. Everything forced has the risk of breaking, and few things are more fragile than a child’s mind. Ender is isolated and intimidated by most of the Battle School students, not only because of his genius but also because Colonel Graff, who was supposed to oversee his education, turns everything against him. Still, with every trial, with every challenge, Ender shows his genius. What if Ender had stayed in the school on Earth? What if his education had been like that of the rest of the boys? The world, not only would have lost its saviour but also that the brilliance of a genius would have been diluted in mediocrity.

Sometime in the future world becomes a different place where people must renounce their former religion and only have two children. Because the family has a high potential in joining the Battle School, where extremely smart children are trained to combat the attacks of alien invaders called buggers

Andrew Wiggin, nicknamed Ender, is the third son of a family that has renounced their beliefs to integrate into society. His two brothers, two geniuses like him, might have been chosen to go to Battle School where boys are trained to become soldiers if it weren’t for the fact that Peter Wiggin, the eldest, had an overly aggressive temperament and Valentine Wiggin, the second, an overly compassionate one. Under a totalitarian and controlling government, Ender is born as a promising experiment to become a military commander who will save the human race from an alien invasion by the Buggers, giant ant-shaped humanoid aliens.

Plentiful military strategy mixed with science fiction and the story of self-improvement of a child separated from society and under pressure to the maximum is the foundation on which this masterpiece of a narrative is based, which earned its author, Orson Scott Card. , being Hugo and Nebula awards.

The fluidity of the storytelling coupled with a mix of military, political, social, and human concepts make Ender’s Game a must-have novel. The combat scenes are very well designed, and Orson Card does a brilliant job creating the book’s world in the reader’s mind with his detailed descriptions and dialogues.

Ender is the hero of the story and the youngest of the Wiggin brothers, standing out for his innate battle ability, leadership skills, and analytical ability, accompanied by sharp intelligence. From his beginnings in the Battle School, he has emerged as the only one capable of winning the third war against the buggers, for which they are preparing.

Mazer Rackham is the battle commander, led the troops in the second war against the buggers and is considered the most excellent strategist in history. He becomes an advisor to Ender when he is promoted to the High Command School, to pass on to the new strategist everything he has learned about the invasive species.

Bonzo Madrid is one of the commanders of the Battle School, which will eventually become one of Ender’s worst enemies, whom he even tries to kill in combat that ends with his own life. Bonzo was a very violent and ambitious young man who feels that he has to fight and win, regardless of the price.

Colonel Hyrum Graff is the director of the Battle School and manipulates Ender in anticipation of his needs and feelings. Although he is always rigid and insensitive, his goal is to prepare Ender to assume his position as the leader who will fight the buggers.

Petra Arkanian is the best marksman in school and Ender’s best friend. She is very skilled, but she is also compassionate and fair and always supports Ender in whatever he sets out to do and gives him all possible help.

Ender’s game is, in short, a fascinating, educational, exciting book, and most important of all, it makes the reader not only enjoy but think about the question, and above all, dream of a better future.