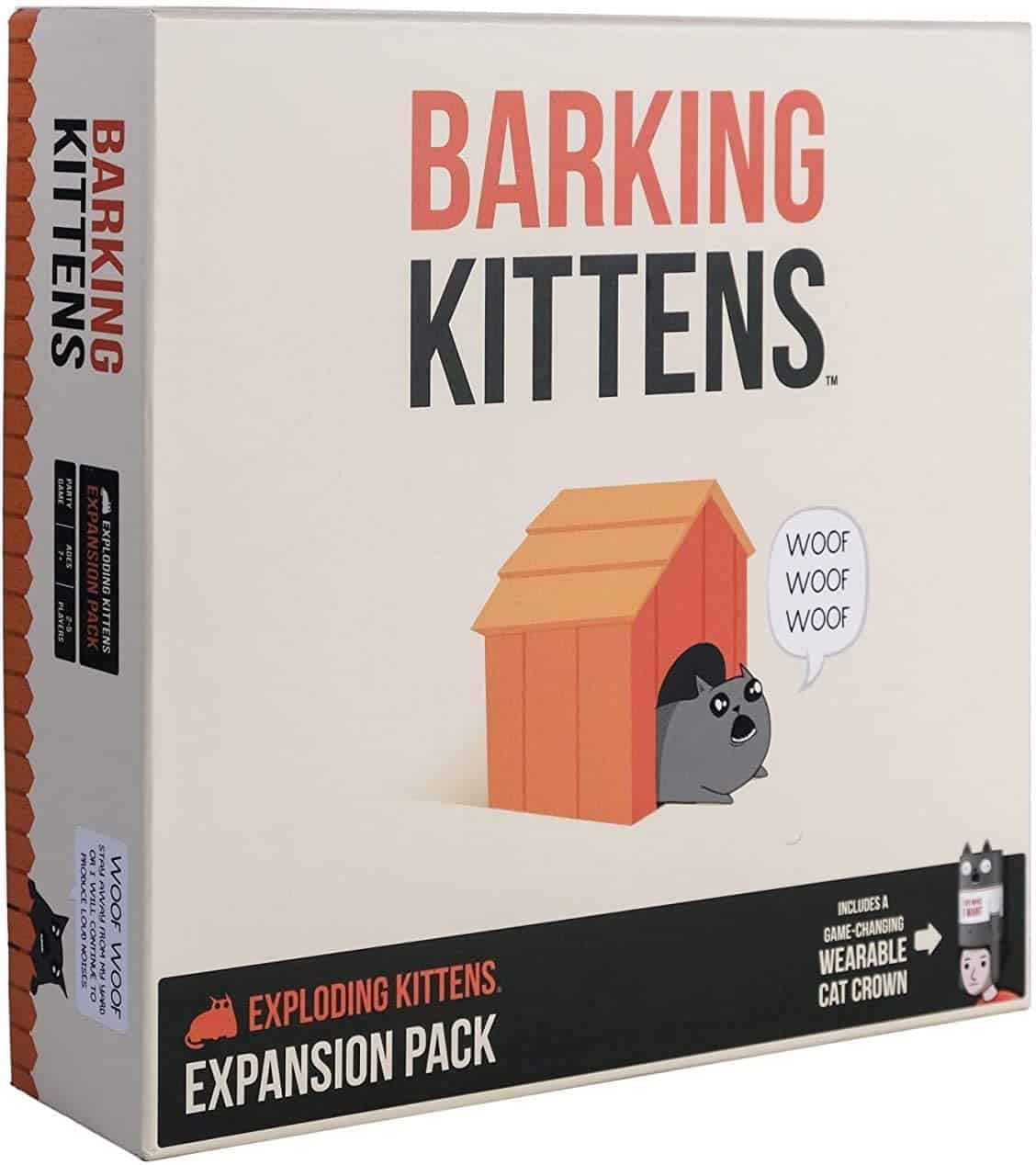 As a fun game that’s very easy to learn and play, the Barking Kittens card game makes for the perfect fit for a group of players.

It is an interesting game that offers a new learning experience for non-gamers. It works best when played in a group. The more players, the more fun it can get.

This game is the third improvement on the Exploding Kittens set. Each of its cards features the illustrations of Matthew Inman. Each exploding barking kitten is set up with specific instructions that need to be followed to get the game right.

This game has a few tactics that you have to learn, and this might not be easy but can be learned eventually. If you aren’t familiar with this game, then you will need someone to explain it to you and show you step by step how to play it well.

The instruction manual may not do this adequately because the terms used may be confusing.

The quality of the cards is typical of normal card games. They are made of cardboard with a wax coating. Their durability is impressive, but they won’t last forever, so you need to handle them with care.

Barking Kittens is a fun-filled family card game set that comes in handy at public gatherings and even in-house events. The first thing to do in this game is to remove the kittens and defuse all cards from the card deck. You also need to remove the power card tower from the expansion deck.

The defuse card is given to each of the players. The extra cards are then returned to the decks. The next thing to do is to combine the nineteen remaining kitten’s cards, shuffle all the decks, then remove six cards and lay them on your table. Lastly, place the power crown on them to form a stash.

Insert the power card tower in the deck then shuffle. Deal seven cards upside down to each of the players, and they are expected to keep it a secret. Insert the exploding kittens until they’re fewer than those playing. The extra kittens should be removed from the entire game.

The deck should be shuffled and placed upside down on the game table. Pick the player that will go first, then the game starts.

You should get this game set if you want a brain-rattling but fun activity.

You are most likely to get the value of your money with this, considering that it’s sold at a moderately cheap price which is fair for an average game set.

This game is fun, though it has several tactics that you need to learn if you want to thoroughly enjoy the game. You can get this game set for your game nights and school picnics as it can keep you and your friends entertained throughout.