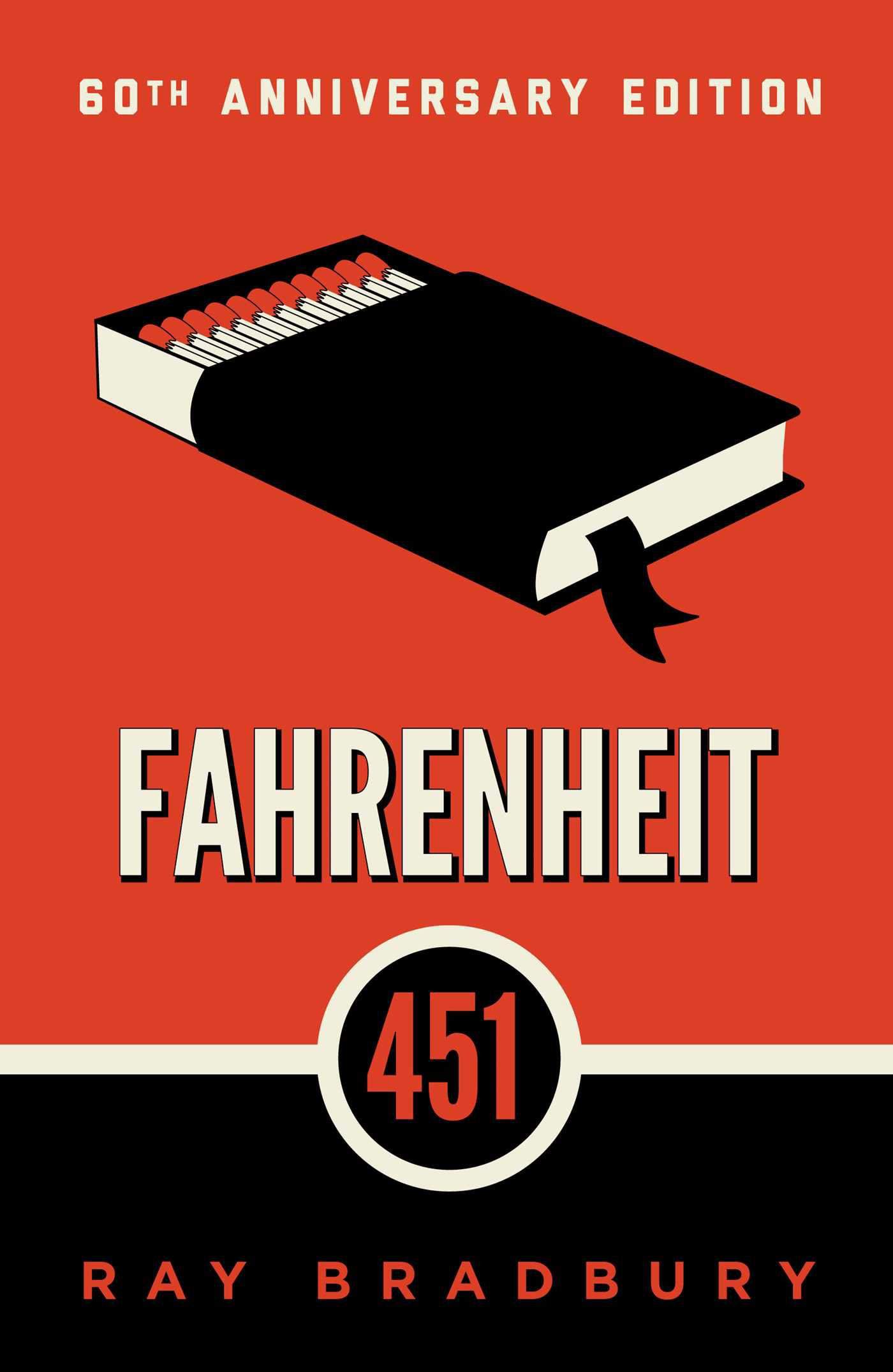 This novel is a perfect fit for those who love an adrenaline rushing story full of different surprised and twists that keeps you entertained till the very end.

Fahrenheit 451 is one of the most famous dystopias of all time. Like George Orwell’s 1984 or Aldous Huxley’s Brave New World, it presents a bleak future in which the author reflects his fears. The story is a fast-paced, short novel full of suspense and action. A work of which Ray Bradbury was so proud that he asked to have his epitaph put: Author of Fahrenheit 451.

Fahrenheit 451 is actually the temperature at which the paper ignites and burns. Guy Montag is a firefighter, and a firefighter’s job is not to put out the fire but to burn books, which are forbidden because they cause discord and suffering. The Fire Department Mechanical Hound, armed with a lethal hypodermic injection, escorted by helicopters, is prepared to track down dissidents who still keep and read books.

As a citizen who loves his job Guy Montag is not a happy man because that is something he has never asked himself. Thinking is frowned upon, and people have forgotten what it is to chat, walk or contemplate nature … Everyone spends their free time in activities that release adrenaline or watching TV. Montag is one more sheep in this herd until he meets Clarisse, a teenager who asks him many questions and, more importantly, makes him start to question everything.

Fahrenheit 451 is Bradbury’s most famous novel and has been reprinted countless times since it came out in 1953. The lessons of this American classic, the dangers of censorship and government control, have become increasingly important. Although more than sixty years have passed since its publication, Fahrenheit 451 still demonstrates its extraordinary relevance today. People should not accept the rules imposed by society, or the social imperative, without questioning the implications that these entails. They must continue reading, acquiring knowledge to argue, question, and think as individuals and not as a mass.

It is a book about manipulated and deceived society that lives like a flock of sheep and does not think, does not empathize, does not socialize, and is not curious about what surrounds them or what existence is. It is similar to Orwell’s famous dystopia 1984; although it is not the same premise, it has a lot to do with manipulation and deception.

Like Aldous Huxley’s Brave New World, Fahrenheit 451 describes a Western civilization enslaved by media, tranquilizers, and conformism. It is a future dystopian science fiction story where freedom is barely found.

Guy Montag is a firefighter who burns books. In this novel, we find ourselves in a society where our own thoughts and ideas have no place. Guy’s job is straightforward: anyone who has books at home is denounced, and he is in charge, together with other firefighters, to incinerate them. From Guy’s hand, we witness the awakening of a mind. The change of ideas, stage of confusion, stress, indecision, and thinking in the main character due to the power of books is very well narrated and described in the book.

The society depicted here does not live its own lives but rather lives through screens. Their minds are trained to obey and conform. Books are bad because reading them indicates superiority, and everyone wants a society with equal intellectual conditions. Thus, whoever has the weapon of knowledge in his possession is an enemy.

Bradbury’s vision is astonishingly prescient: wall-hung TV screens displaying interactive brochures; avenues where cars run at 150 kilometres per hour chasing pedestrians; a population that listens to nothing but a robotic stream of music and news transmitted through tiny headphones inserted into their ears.

The language in Fahrenheit 451 is lyrical and descriptive at the same time. Bradbury’s poetic language uses many metaphors, personification, and similes. This way, he enriches the gripping story elevating it to a masterpiece level with the symbolic meaning beneath the visible surface.

For instance, a recurring symbol in the novel is fire, as the name suggests. Fire appears in the entire novel; however, the symbolic meaning transforms as the protagonist changes his perspective on society and the system. First, fire symbolizes the pleasure of destruction, while in the end, it represents life. Bradbury’s use of figurative language plays an essential role in the novel, with many symbols and metaphors enriching the novel.

The protagonist of Fahrenheit 451 is Guy Montag. He is a 30-year-old ordinary man before starting questioning the way the system is built. He is a model firefighter, and his helmet bears the number 451.

One day Montag meets Clarisse, an opponent of government rules. He is attracted to his personality, so different from his wife Mildred, who is only interested in not missing the latest episode of her favourite television show. Montag meets Clarisse at other times and stops to chat with her. Thus he begins to reflect on something he had never done before and considers that perhaps there is something important in the books.

Fahrenheit 451 is a must-read novel for every modern citizen of this world. It perfectly depicts the dangers of the modern world and how people are turned into sheep. A lucid and brilliant vision about modern society and the foreseeable future that Bradbury envisioned back in 1953: it is scary to see how the author’s thinking, embodied in a mixture of poetic narrative and written thoughts, defines today’s society. Although it scares us, it is comforting to agree with their reflections and verify that we are not crazy when the world we live in terrifies us—highly recommended for lovers of dystopias.