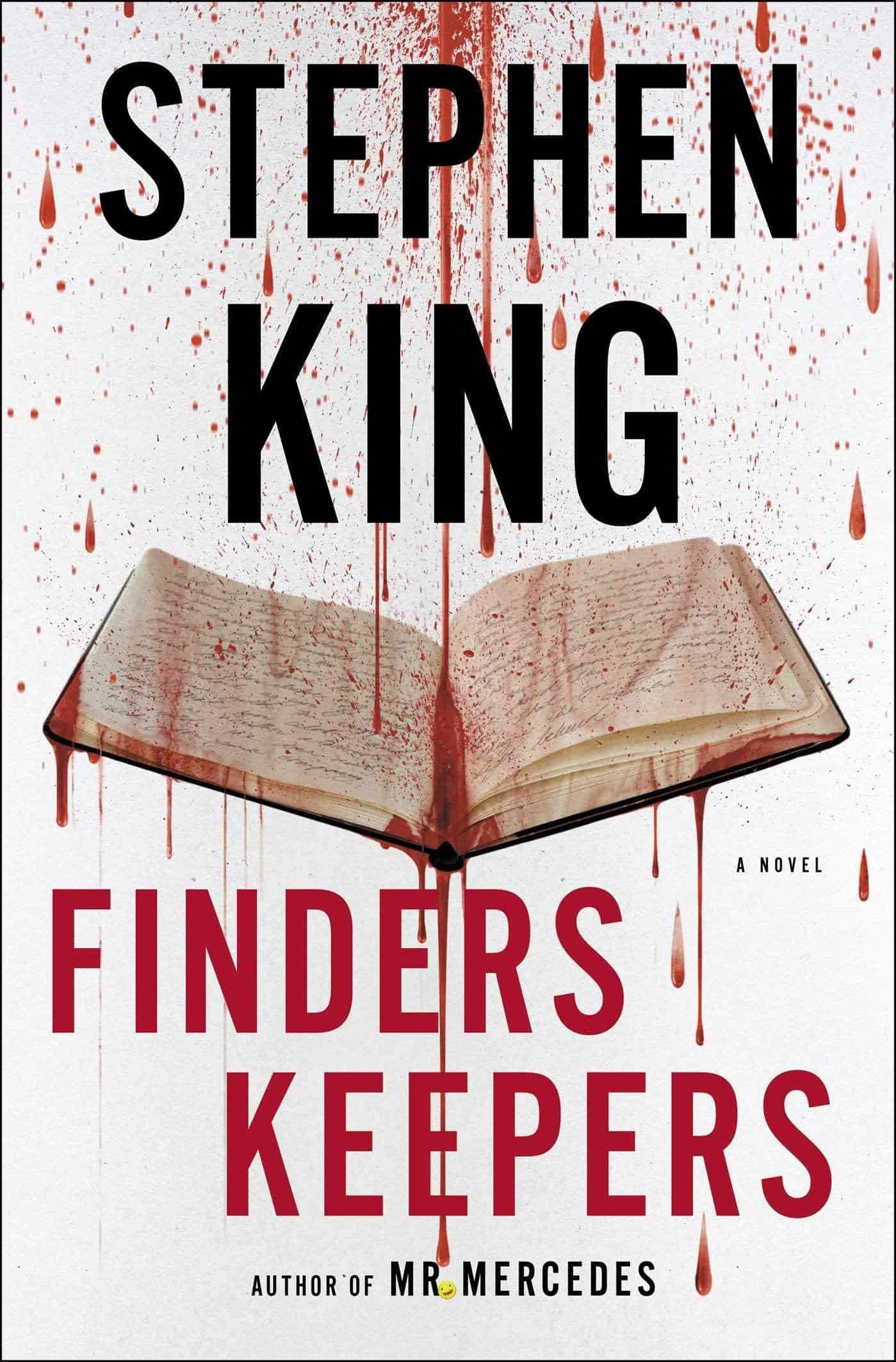 Finders Keepers is the best book if you are into the classic ‘Who Dunnit’ type of storytelling, the book revolving around the brutal murder of writer, John Rothstein.

The book is about the murder of reclusive writer John Rothstein, his missing notebooks, and the release of his killer from prison after 35 years. In a gist, this book is filled with amazing narratives and an engaging story. For those who enjoy crime thrillers, this novel is a must-read.

The human mind can become obsessed with anything, even literature, the reader learns in the novel Finders Keepers by Stephen King. This novel tells the story of Morris Bellamy who murders the famous author John Rothstein and steals the work Rothstein has produced since he retired from writing. Bill Hodges, a retired police detective, is called in to help Pete Saubers, the boy who found the trunk in which Morris hid the notebooks he stole from the famed author. Pete’s life, along with that of his sister, is in danger because Morris will stop at nothing to get back what he believes belongs to him.

The story begins in 1978 when a petty criminal Morris Bellamy robs and murders acclaimed author John Rothstein for ending his famous Runner trilogy on an unsatisfactory note. Before the murder, Rothstein had been in retirement, never publishing another novel but continuing to write privately. Morris steals Rothstein’s invaluable notebooks, which contain two books that properly finish the arc of the Runner series. After the murder, Morris hides Rothstein’s cash and Moleskine notebooks in a trunk buried near a creek behind his childhood home. Before he can read the manuscripts, Morris is sentenced to life in prison for another crime. Rothstein’s murder is never solved. In the present day, young Peter Saubers now lives in Morris’ old home. His father, Tom, was disabled in the events that opened Mr. Mercedes, and the Saubers family is on the brink of financial and emotional ruin. Peter discovers the buried trunk and secretly uses the money to keep his family afloat for the next few years, while gradually becoming engrossed in the Rothstein notebooks. When the money runs out, Pete, now a teenager aware of the true value of his discovery, comes up with a plan to profit from the notebooks. At the same time, Morris, now nearly sixty, has finally been granted parole. He goes to retrieve the buried trunk, only to find it empty! What will be his next move?

Finders Keepers is the sequel to Mr. Mercedes and a straight thriller. Finders Keepers isn’t a long book by King’s novel-length standards, but it’s expertly plotted, a series of pieces falling into place with almost audible satisfaction as the author burns towards his suitably horrific climax. Just as Pete and Morris are with Rothstein, once you’re hooked, you’re hooked. Overall the book is engaging till the end and never lags the interest of readers.

King flits between the two stories, Pete and Morris’s, past and present, slowly building up to what has always been coming: Morris’s release, still crazy on the subjects of Jimmy Gold and John Rothstein, and his reclaiming of what he believes is his.

King’s narrative, studded with the stylistic flourishes that make his work so uniquely his own, switches back and forth between two obsessive young men, and two timelines, 1978 and 2014. Morris Bellamy, a huge fan of reclusive author John Rothstein, is furious that his idol has stopped writing, and that Johnny Gold (Rothstein’s fictional character) has been turned into a slave to advertising. Bellamy confronts Rothstein, leading to a shocking death, and the loss of several diaries written by the latter. The novel is fascinating for its take on a topic that fascinates King: the relationship between a writer and their fans.

This being a King novel, there’s plenty of blood, gore, and dropping bodies as Bellamy leaves a trail of deathly destruction in pursuit of his obsession. The first part of the novel, dealing with the initial crime and its aftermath, is hence mainly situated in Bellamy’s headspace. As for the second part, it introduces several other characters and alternates his viewpoint with theirs. Told through all their viewpoints, the theme’s exposition had me gasping with dismay, horror and, excitement, till the end.

The novel’s antagonist, Morris Bellamy, murders a reclusive author named John Rothstein in hopes to retrieve unpublished and secretive manuscripts. Escaping imprisonment for these murders, Bellamy is eventually arrested for raping a woman and is sentenced to life in prison. In the present day, young Peter Saubers now lives in Morris’ old home. His father, Tom, was disabled in the events that opened Mr. Mercedes, and the Saubers family is on the brink of financial and emotional ruin. Peter finds the money and book, deciding to use them for his gain. When Morris comes out of prison, wanting to find his loot, he finds nothing and is eager to find out who took it. When villainy threatens the Saubers family, they, fortunately, hit the radar of an eccentric trio Ex-cop Bill Hodges, tech expert Jerome Robinson, and researcher Holly Gibney.

Pete and Morris are both willing to do a lot to hold on to Rothstein’s works. At what point does the hero become the villain! King ponders this question in this amazing novel. For those who are interested in an amazing story, entertaining plot twist, and an accomplished thriller, the ‘Finders Keepers’ is a must-read.