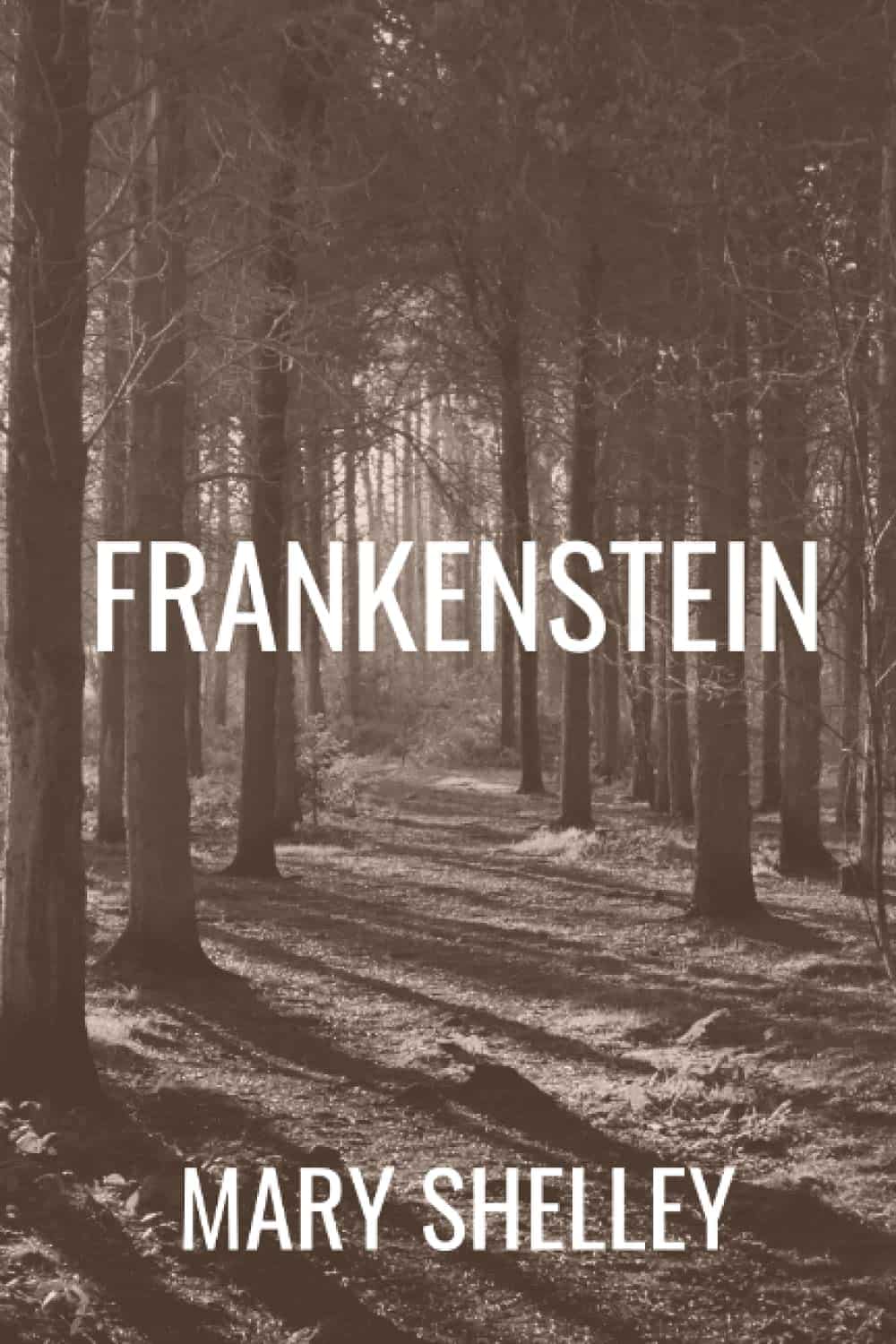 For every man, woman and child that loves a little rush of blood; this horror classic will give you the experience of a lifetime. If you are a big into pop-culture; make sure to give this legendary novel a go if you haven’t already.

The ‘Frankenstein’ tells the story of Victor Frankenstein, a young scientist who creates a sapient creature in an unorthodox scientific experiment. Becoming a cultural phenomenon even today, the ‘Frankenstein’ had an impact on various further horror novels. The story and the character of Frankenstein have been adopted in various movies and shows. Anyone with the love of crazy adventures and horror stories should pick this book on their list.

Robert Walton, the captain of a ship bound for the North Pole, in a series of letters recounts to his sister back in England the progress of his dangerous mission. Successful early on, the mission is soon interrupted by seas full of ice. Trapped in such conditions, Walton encounters Victor Frankenstein, who has been traveling by dog-drawn sled across the ice and is weakened by the cold. Walton takes him aboard the ship, helps nurse him back to health, and hears the fantastic tale of the monster that Frankenstein created.

Victor first describes his early life in Geneva. At the end of a blissful childhood spent with Elizabeth Lavenza and friend Henry Clerval. Victor enters the university of Ingolstadt to study natural philosophy and chemistry. He is consumed by the desire to discover the secret of life and, after several years of research, becomes convinced that he has found it.

Armed with the knowledge, Victor spends months feverishly fashioning a creature out of old body parts. One night, in the secrecy of his apartment, he brings his creation to life. When he looks at the monstrosity that he has created, however, the sight horrifies him! After a fitful night of sleep, interrupted by the spectre of the monster looming over him, he runs into the streets, eventually wandering in remorse. Victor runs into Henry, who has come to study at the university, and he takes his friend back to his apartment. Though the monster is gone, Victor falls into a feverish illness. Will the monster come back to haunt the present and future of Victor and his loved ones? Or will he vanish in the darkness never to be seen again?

The Frankenstein is a very well-crafted novel filled with amazing characters and impact of the contemporary horror novels. The novel also provides a unique perspective from the monster, his pain and hatred for his creator makes it relatable and engaging for the plot and overall narrative. The novel is considered as the classic gothic horror with a handful of science fiction. The novel is fantastically engaging till the end and never losses the interest of readers. Even towards the end, one can’t deny the urge to see how the creator and monster turn out to be.

As the monster lies at the centre of the action, monstrosity is one of the major parts of the novel. Eight feet tall and hideously ugly, the monster is rejected by society. He is a product not of collaborative scientific effort but dark, supernatural workings. The monster is only the most literal of a number of monstrous entities in the novel, including the knowledge that Victor used to create the monster. One can argue that Victor himself is a kind of monster, as his ambition, secrecy, and selfishness alienate him from human society. Ordinary on the outside, he may be the true ‘monster’ inside, as he is eventually consumed by an obsessive hatred of his creation.

The pursuit of knowledge is at the beating heart of Frankenstein. Victor attempts to surge beyond accepted human limits and access the secret of life. Just the same, Robert Walton attempts to surpass previous human explorations by endeavouring to reach the North Pole. This ruthless pursuit of knowledge, of the light, proves dangerous, as Victor’s act of creation eventually results in the destruction of everyone dear to him, and Walton finds himself perilously trapped between sheets of ice. Walton ultimately pulls back from his treacherous mission, having learned from Victor’s example how destructive the thirst for knowledge can be.

Major themes behind the novel are prejudice and acceptance by others. Frankenstein explores mankind’s destructive flaws. Nearly every human in the novel assumes that the monster must be dangerous based on its outward appearance when in truth the monster is warm and open-hearted. Again and again, the monster finds himself assaulted and rejected by entire villages and families despite his attempts to convey his benevolent intentions. The violence and prejudice he encounters convince him of mankind are barbaric.

After the monster is abandoned and mistreated first by Victor and then by the De Lacey family, the monster turns to revenge. The monster’s actions are understandable: it has been hurt by the unfair rejection of humanity that cannot see past its prejudices, and in turn, wants to hurt those who hurt it. But in taking revenge, ensures that the monster will never be accepted in human society. Because by taking revenge the monster eliminates any hope of ever joining the human society, which is what it wants. Revenge does not just consume the monster, however. It also consumes Victor, the victim of the monster’s revenge. Blurring the lines of what is human and what is a monster towards the end.

Victor is born in Naples, Italy, into a wealthy family. Victor and his younger brothers, Ernest and William, are sons of Alphonse Frankenstein and the former Caroline Beaufort. From a young age, Victor has a strong desire to understand the world. He is obsessed with studying the theories of alchemists. When Victor is five years old, his parents adopt Elizabeth Lavenza, the orphaned daughter of a nobleman, whom Victor later marries. Victor’s parents later take in another child, Justine Moritz, who becomes William’s nanny. Consumed by the thirst for knowledge he creates Frankenstein’s Monster. Characters such as Robert Walton, Henry Clerval, and the family of Peasants help to further the plot from time to time.

A story filled with adventure, curiosity, complex human tendency, and the relationship between love and hate, Frankenstein has it all. Along with amazing character development and fast pace, the story lives up to its fame. Toward the end, one can’t help but feel the impact of the conclusion.