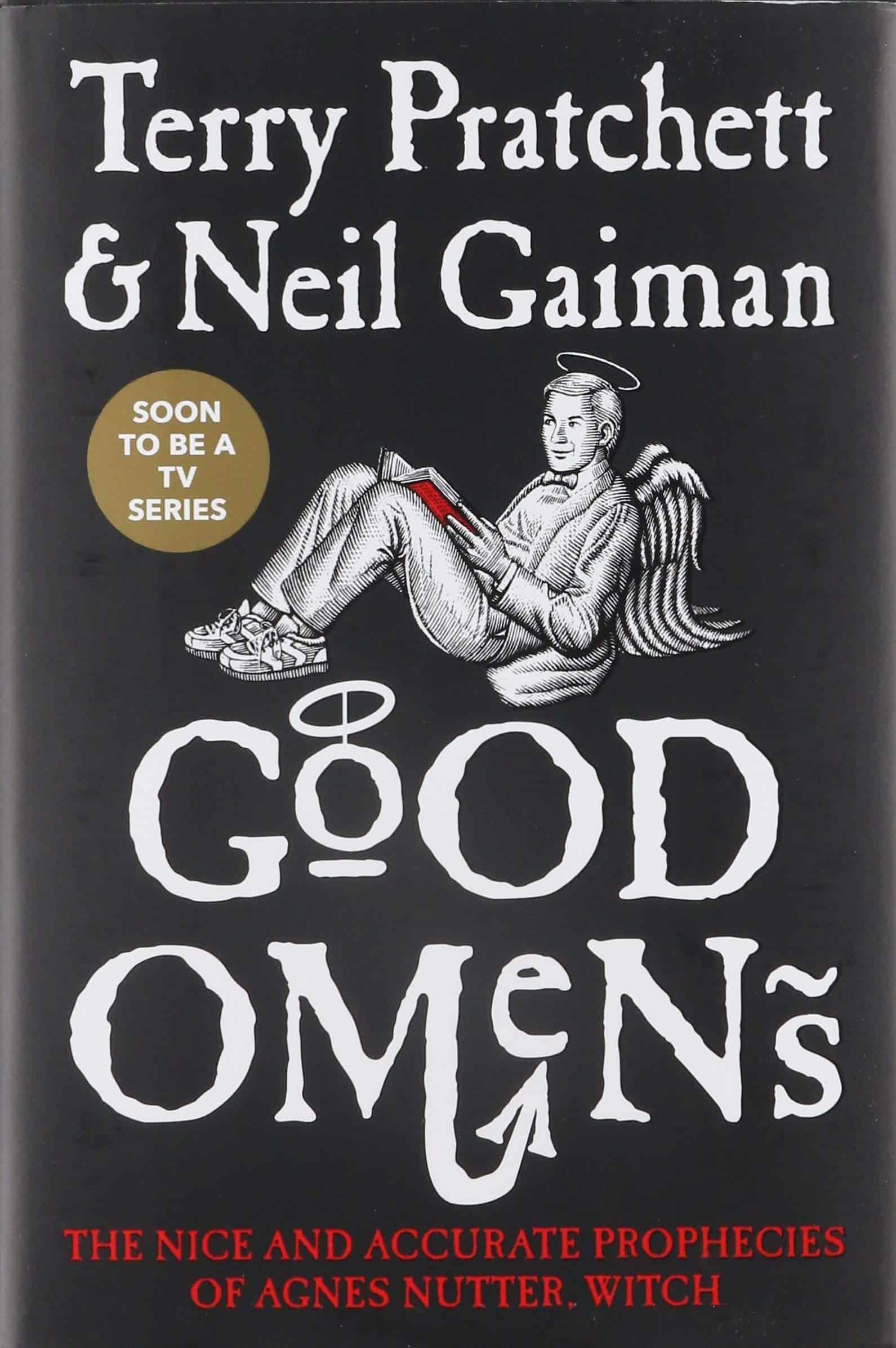 Good Omens is a comedy novel based on the anticipated final catastrophe and the protagonists of the story trying to sabotage it. The book has been written in such a delightful manner by the duo authors that will make the readers laugh sarcastically and ponder over profound matters at the same time.

Good Omens is a novel filled with humour and gravity together. The authors have been successful in tickling the funny bones of the readers, indeed.

Good Omens is centred on the foretold Armageddon and as the story reveals itself, it shows how the characters react on knowing that the world shall end soon. The story involves various divine energies like angel, demon, witch and Antichrist playing their roles towards the final destruction.

After reading the book, one shall surely relish the mirth and also sit back and comprehend on all the realistic topics that the authors have attempted to trigger in the mind.

The award-winning comedy novel Good Omens is full of humorous incidents. It is a blend of comedy and depth. The plots in this story are truly comical and all the characters along with their humour have been beautifully connected. Although based on a weighty background such as the final destruction, the writers have been able to convert it to a really fun storyline with combines elements of horror and comedy.

Incidents like angel and demon on the same page becoming earth-like and trying out new food and music, an Antichrist being swapped with a normal boy resulting in sarcastic confusion, and much more, fill the book with amusement.

The book is utterly an enchanting script and shall be difficult to put down while reading, in addition to smiling, or even laughing, throughout.

The world is coming to an end. The prophesied apocalypse is about to come down upon the Earth. Aziraphale and Crowley, who are an angel and a demon respectively, have lived in harmony for thousands of years in Earth and have got attached to its lifestyle. They want to prevent this destruction. They try to interchange Antichrist, Satan’s son, with an ordinary boy in order to change his raising which in turn might change his mind set.

Anathema Device is a witch and she blindly believes in a book called The Nice and Accurate Prophecies of Agnes Nutter. The book is compiled by her ancestor and contains the predictions of the upcoming doom. Anathema is also in quest of Adam, the Antichrist. Meanwhile, Adam is growing up as an ordinary boy but starts gaining his special powers gradually.

On the other hand, the Four Horsemen of Apocalypse, namely War, Famine, Pollution and Death are commencing a nuclear fight by unauthorised access to computers.

The story starts with an old friendship of two opposite divine energies, Aziraphale the angel and Crowley the demon, who have lately become aware of the fact that Armageddon is approaching. They want to obstruct this and try their level best as they do not want the world and their friendship to end.

Authors Terry Pratchett and ‎Neil Gaiman have created a super funny plot where each scene is filled with surprises and comedy. Also, there are sensitive topics related to mankind, humanity and religion that have been subtly instilled within the storyline. There are grave concerns raised but the comical language helps to lighten the weight and at the same time, reflect on the matters of reality.

The story is totally unpredictable and shall leave the readers agog till the climax. There are many sub plots beautifully connected to the main plot of the angel and the demon trying to vandalise the apocalypse.

The novel comprises many characters that have been gradually introduced throughout the storyline.

Crowley is a demon but staying in Earth for a very long time and having bonded well with Aziraphale, he wants to stop Apocalypse that opposes his supposedly inert nature of being devilish. He is good at convincing and putting forth his ideas and persuades Aziraphale to save the Earth to justify the latter’s angelic quality.

Aziraphale, on the other hand, is not inherently kind-hearted despite being an angel. He can get into an argument with people if infuriated. This kind of character sketch reminds the readers that none of us is entirely good or entirely bad, everyone is a mix of both and it is our choice which trait to use.

Apart from this, the authors have personified the Four Horsemen of Apocalypse namely War, Famine, Pollution and Death. For instance, the nature of War is portrayed to be very destructive and even the most serene situation can become highly disturbing in her presence. Similarly, Pollution is depicted as one who goes around the world collecting and spreading contamination.

Overall, the characters have been descriptively presented in the book that shall help the readers to paint a picture in their mind about the former.

This novel is a great choice for readers who are looking for not only sheer humour but also for serious matters discussed skilfully. Although, at some instances, the number of characters could be reduced to stick to the relevance, nevertheless, the script is commendable and truly amusing. Readers of all ages shall be able to connect with the story.