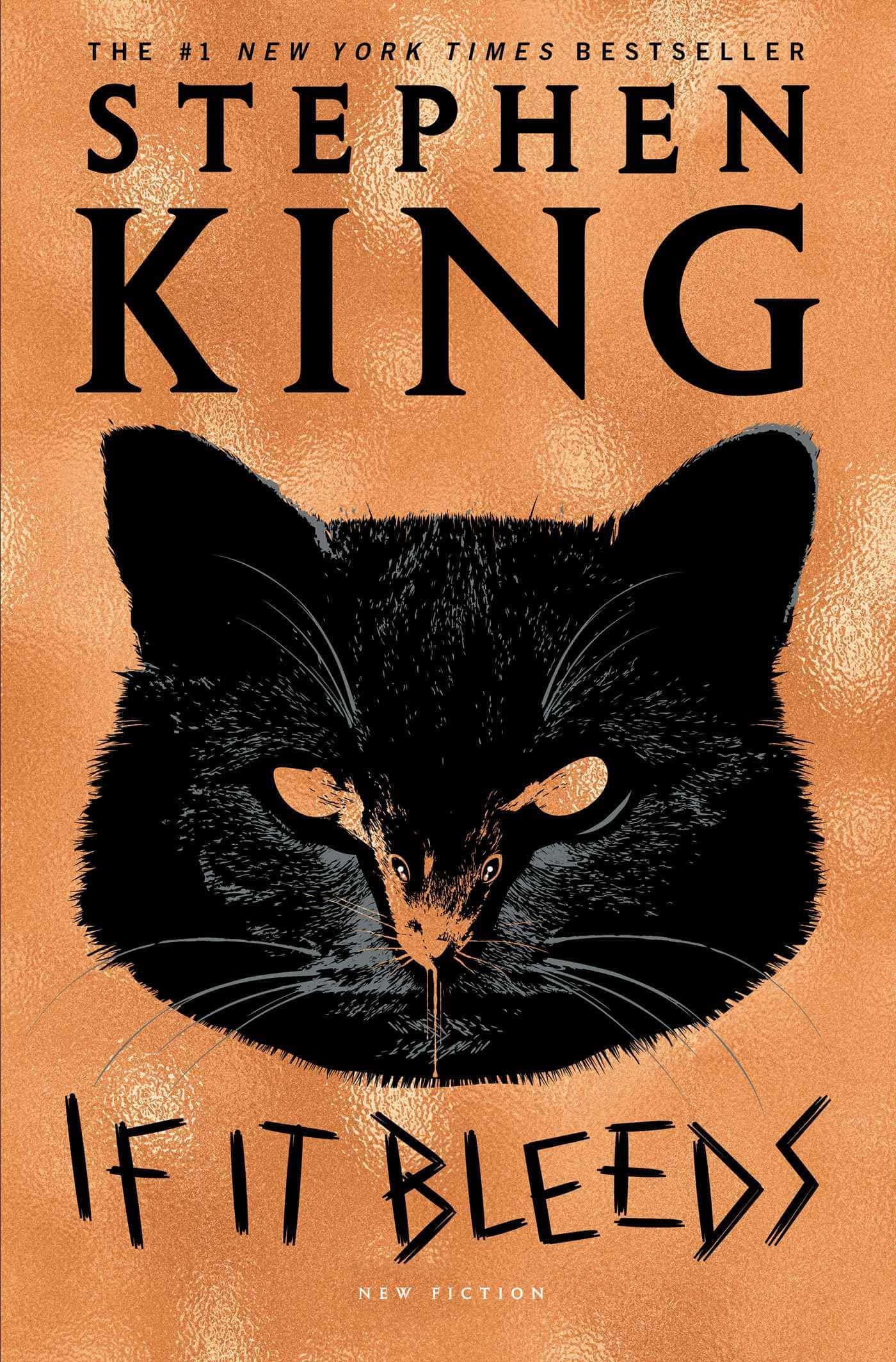 ‘If it Bleeds’ is a collection of four unrelated novellas. The first two, Mr. Harrigan’s Phone and The Life of Chuck, both deal with characters approaching the end of their lives. The next story, If It Bleeds, is a mini-sequel to The Outsider with Holly Gibney as the main character. The last one, Rat, is about a writer who strikes a Faustian bargain to write a novel. Those who want to read some interesting stories over the weekend should pick up this novel.

In the first collection, ‘Mr. Harrigan’s Phone’ Craig gets a job working for the retired Mr. Harrigan, who gifts Craig a winning lottery ticket. Craig then buys Mr. Harrigan a phone using some of the money won from the lottery ticket. Eventually, Mr. Harrigan dies and later, Craig leaves a voicemail on Mr. Harrigan’s old phone about a bully. The bully is later found to have died by suicide! Is this a coincidence or is it something else entirely?

‘The Life of Chuck’ is divided into three acts. Marty was living in a crumbling dystopian world that was dying. A divorced English teacher, he spent most of his time alone trying to watch cable despite the spotty connection. He loved his ex-wife and thought she loved him, but he did not work up the courage to tell her so until the world was ending. It is revealed that the world of Marty exists only inside the mind of Chuck, a 39-year-old banker who was dying of a tumour. Chuck’s parents were killed in a car accident so he was raised by his grandparents. His grandmother taught him how to dance. His grandfather warned him that the cupola was haunted, but Chuck went up and looked in the room and saw the ghost of his future death!

In the next collection, ‘If It Bleeds’, Holly Gibney of the Finders Keepers detective agency is working on the case of a missing dog when she sees footage of a school bombing on TV. But when she tunes in again, to the late-night report, she realizes there is something not quite right about the correspondent who was first on the scene. Soon, she will find that she is not the only one to have suspicions about the reporter.

The last story, ‘Rat’ centres on writer Drew Larson, who is aces with short stories but has real issues getting a novel together, with an acclaimed short story to his credit. He’s given himself over to academia because every time he tries to turn a good idea into a novel, things go seriously bad, mentally, physically. But his latest concept, a Western thriller, is gangbusters, and he goes out to an old family cabin in the woods to get the novel done. When storms, insecurities, and sickness hit, Drew strikes a sinister bargain with a rat- to get rid of his writer’s block in exchange for one of Larson’s loved ones dying. Was this his hallucination? Or will death come knocking on the door, to collect what’s due?

With four wild stories, surrounding different characters and entirely different yet equally good narratives, ‘If It Bleeds’ is one of the most engaging novels. The concepts of all the stories are unique and very engaging. King’s books are always praised by many for their engaging plots, and this book is no exception.  All of these stories being adapted for either a TV series or a film goes to show, how engaging they are. Overall, the book is highly amusing.

Mr. Harrigan’s Phone is set in all the gothic ingredients of retribution from beyond the grave, justice, and the author’s fascination with how technology can mimic, or be exploited by, supernatural forces, a ghost in the machine! It’s a straightforward story in which wrongdoers are punished and kindness rewarded. The ghost here is a deliberate misdirection; the truly terrifying element of the story, the one with the power to unleash all manner of horror into our lives, is not the corpse rotting in its grave, but the shiny little gadget in our pockets.

The Life of Chuck is three separate stories linked to tell the biography of Charles Krantz in reverse, beginning with his death from a brain tumour at 39 and ending with his childhood in a supposedly haunted house. Though the first and third acts rely heavily on fantasy and the supernatural, it’s the middle part that stands out because of its entirely human tenderness.

Each of the tales is a return to the well-trodden ground for King, but for the most part, they’re written with such charm that the old-fashioned feel refreshing in its sincerity. And, indeed, sincerity is a key feature of these tales. The titular story, which revisits Holly Gibney, the sleuth who evolved from sidekick to heroin throughout the Bill Hodges trilogy and The Outsider, is the collection’s longest and least effective.

It distractingly echoes Holly’s previous outings, marrying Mr. Mercedes’s baroque criminality to The Outsider’s pulpy sci-fi horror, never really doing anything new with either strand. The monster itself is nicely drawn, but a chapter devoted entirely to tracing its appearances throughout recent history reads like a pared-down version of Pennywise the clown’s backstory in it.

A struggling writer cut off in the backwoods may soon find his tics turning into full-blown madness, and Drew – trapped by a storm and in the grip of a fever – encounters a rat that talks to him in the slightly pompous voice of Jonathan Franzen. It’s a wry variation on the Faustian bargain trope and although it strikes a more light-hearted note to end on, Rat is asking timely questions about the price we’re willing to pay for personal success, and whether an old, sick person’s life is worth less than that of someone younger. King, as always, is right on the money. Whether ‘Rat’ has a happy ending or not is open to debate but as a conclusion to If It Bleeds the story demonstrates that, happily, King can still write a horror story that scares and delights in equal measure.

Craig is 25 when he begins to narrate the tale of his relationship with Mr. Harrigan. Craig was a precocious reader who was asked to read at church when he was nine. When Mr. Harrigan heard him read, he came over to Craig’s house and asked if he could hire him to read for him a few times a week.

Marty was living in a crumbling dystopian world that was dying. A divorced English teacher, he spent most of his time alone trying to watch cable despite the spotty connection. He loved his ex-wife and thought she loved him, but he did not work up the courage to tell her so until the world was ending. It is revealed that the world of Marty exists only inside the mind of Chuck, a 39-year-old banker who was dying of a tumor. Characters like Detective Ralph Anderson, Holly Gibney, Chet and Drew help further the plot.

King storytelling has always been unique and interesting, with this book being no exception. Four amazing stories, equally gravitating, and simply fascinating. Those who like to read intense fictional stories, with a little bit of horror, thrill, and monsters who disguised themselves as humans, should pick this novel up.