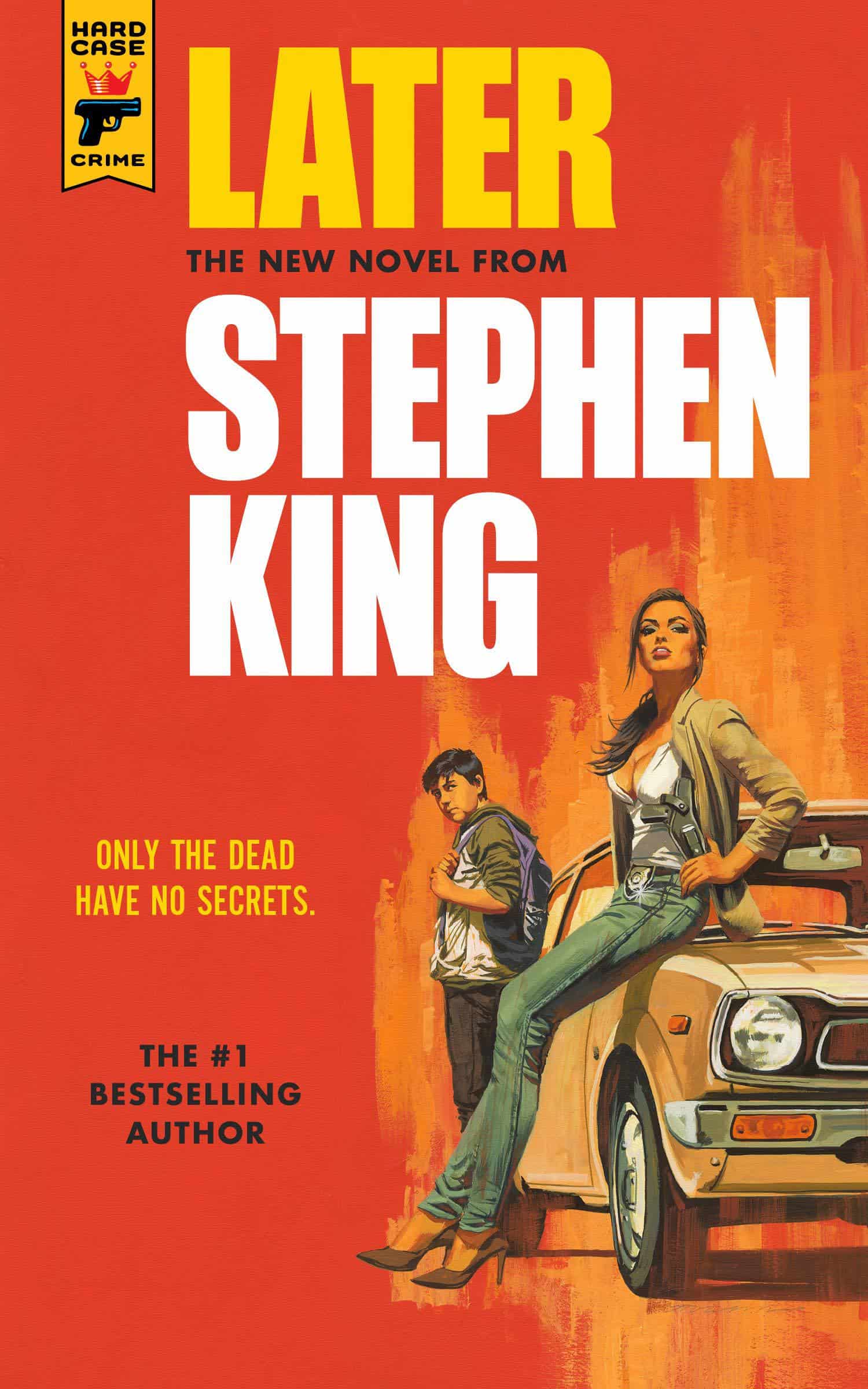 Later is the best pick if you are a fan of crime-novels and drama but with the combined charm of Stephen King’s eccentric characters and the brutal decisions they take along the way.

A crooked cop, drug kingpin, suicide bomber comes into a life of a young adult just because, he can see ghosts! King’s book always has a tad bit of antics. This book is no exception. Those who want to read an amazing mystery thriller that will keep you up till you complete it should pick up a copy.

Set in the late 2000s and early 2010s Later is narrated by its main character, Jamie Conklin, a boy living with his single mother, Tia, in New York City. Jamie can see and talk to the dead. The dead people he can talk to must answer all his questions truthfully. When he is very young, Jamie is traumatized after a man who is killed in a car accident near Central Park waves at him, despite being dead. When he is a few years older, he also talks to Mona, the late wife of Professor Martin Burkett, a neighbour, and friend of the Conklins. The only one who knows about Jamie’s power is his mother. Jamie just wants an ordinary childhood. But Jamie is no ordinary child. Born with an unnatural ability his mom urges him to keep a secret, Jamie can see what no one else can see and learn what no one else can learn. But the cost of using this ability is higher than Jamie can imagine – as he discovers when an NYPD detective draws him into the pursuit of a killer who has threatened to strike from beyond the grave. Later is Stephen King at his finest, a terrifying and touching story of innocence lost and the trials that test our sense of right and wrong. With echoes of King’s classic novel IT, later is a powerful, haunting, unforgettable exploration of what it takes to stand up to evil in all the faces it wears.

Later is written in a clean, direct, and evocative as it’s ever been. The short, to-the-point chapters make for quick reading, the crime-driven plot is propulsive, involving guns, drugs, bombs, and kidnapping, but, more importantly, some of the lines just take your breath away. Skin pebbles with goose bumps. A dead person confronting Jamie is ‘like a burned log with the fire still inside.’ But crawling into the head and voice and life of this kid narrator is where King especially excels. The readers never lose interest in the story, and some might even read the end in the eagerness of it all.

Jamie Conklin sees dead people. Not for very long—they fade away after a week or so—but during that time he can talk to them, ask them questions, and compel them to answer truthfully. His uncanny gift at first seems utterly unrelated to his mother Tia’s work as a literary agent, but the links become disturbingly clear when her star client, Regis Thomas, dies shortly after starting work on the newest entry in his bestselling Roanoke Saga, and Tia and her lover, NYPD Detective Liz Dutton, drive Jamie out to Cobblestone Cottage to encourage the late author to dictate an outline of his latest page-turner so that Tia, who’s fallen on hard times, can write it in his name instead of returning his advance and her cut.

Now that she’s seen what Jamie can do, Liz takes it on herself to arrange an interview in which Jamie will ask Kenneth Therriault, a serial bomber who’s just killed himself, where he’s stowed his latest explosive device before it can explode posthumously. His post-mortem encounter with Therriault exacts a high price on Jamie, who now finds himself more haunted than ever, though he never gives up on the everyday experiences in which King roots all his nightmares. Later is billed as a horror novel but is much more than that. It changes its feel throughout, moving from supernatural thriller to mystery to horror, all wrapped up in a coming-of-age novel that only Stephen King could write. Sure, there is death and blood, but that takes a backseat to Jamie and his life. You feel for him and the struggles he faces, both natural and supernatural. Hell, in some ways the “normal” struggles hit even harder than the supernatural ones.

The young protagonist looks at the world through the lens of pop culture: blockbusters, Netflix shows, and gothic novels, with Bram Stoker’s “Dracula” at the forefront. Unexpectedly, they all serve as a tool for King to address questions about the meaning of literature, the relationship between creators and their editors, and finally what happens to a writer’s legacy after their death. It is no coincidence that Jamie’s first goal is to learn the details of an unfinished novel from Regis Thomas, a fictional bestselling author who died of a heart attack. The profound questions and overarching themes that King tries to tackle are the novel’s high point. But the surprising depth of these explorations, wholly uncharacteristic for “the king of horror,” does not make up for the book’s deficiencies. The premise is undeniably appealing, but “Later” fundamentally suffers from issues with both style and content. For many a King protagonist, flexing your otherworldly ability means inviting spirits from that other world into your own. That’s true both literally and figuratively in Later, which posits that unfettered access to the truth is both a blessing and a curse.

James “Jamie” Conklin is the main character and first-person narrator of the novel. He shares with his reader that he is telling his story with an emphasis on how he better understood what was happening to him as a child only later in his life. Jamie is unique because he can see and communicate with dead people. Tia is a literary agent, and also Jamie’s Mother, living in New York City and also the only person to know of her son’s abilities at first. Harry, Mona, Regis Thomas, Elizabeth “Liz” Dutton, Thumper, Professor Burkett are some of the characters that help to further the plot.

Later is yet another example of Stephen King’s special ability to tell a story that’s both simple and compelling. For those who want to read an entertaining and thought-provoking novel with a spooky touch, ‘Later’ is a must-add to your reading list.