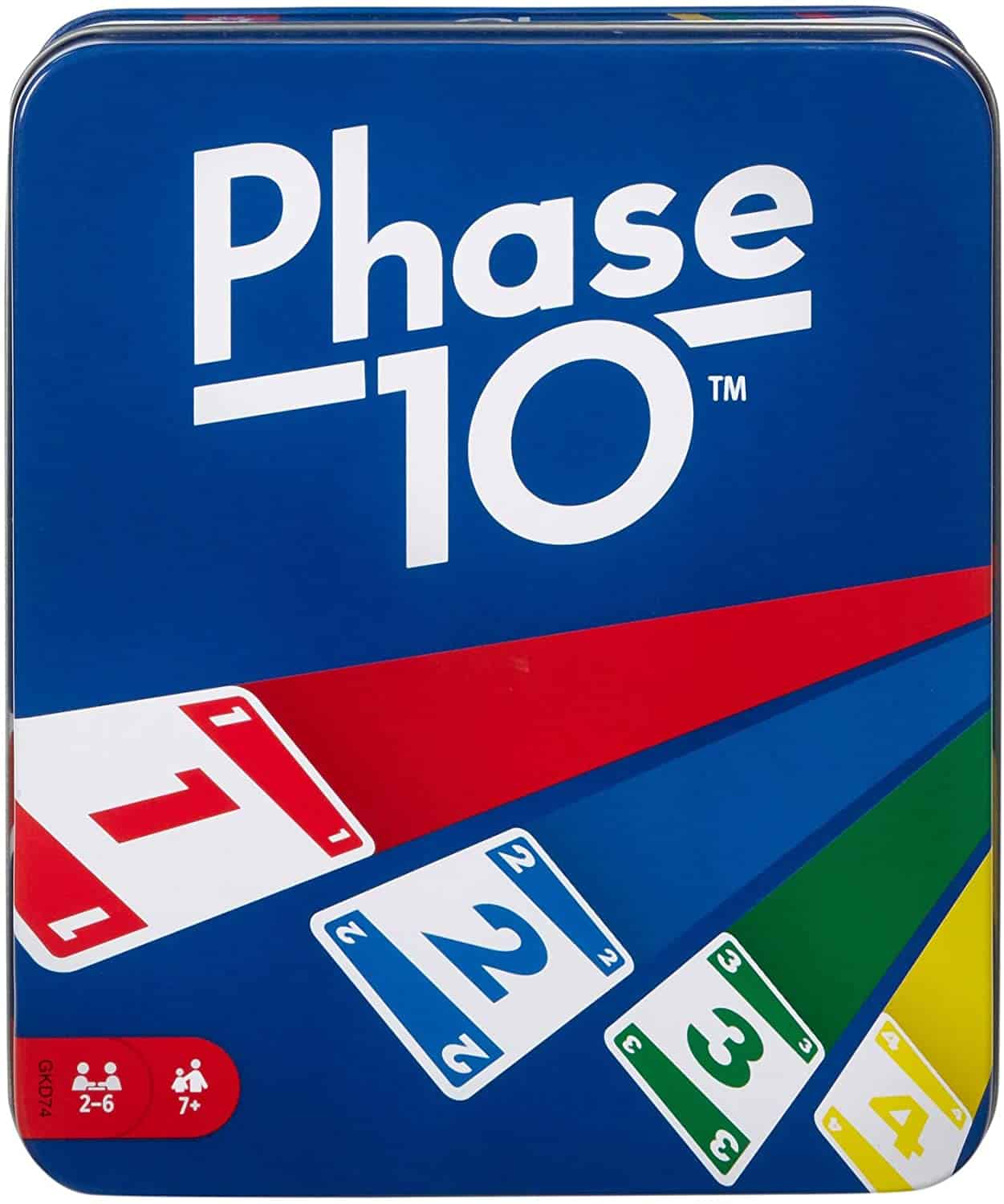 A card game that’s perfect for couples, Phase 10 is a wildly popular card game that still remains fun and exciting up to this day. It comes with a unique twist too!

This is another Amazon exclusive card game that can be a great gift to your kids and adult family members. However, it definitely works best as a card game for couples.

This game was released in 1982 and was a popular one back then. It has still maintained this popularity for over thirty years. From its name, you might already have guessed that the game involves ten phases.

They are divided into sets, and these sets are cards with similar numbers. To play, you need to shuffle all the cards first before giving them out to each player. After this, the remaining card is kept in a stockpile and kept close to the players.

The game starts when a player draws a card from this pile either from the top or bottom. The player then looks through the cards and decides which one to discard.

A player can also get a wild card which usually represents any color or number to help complete a set, group, or run of the same color.

This game may be difficult to understand at first, but with constant practice, you can quickly get used to it. This is one of those games that has some people loving it while some hating it.

Each player is given a lot of flexibility while having fun.

The cards in this game set are made of cardboard with a wax coating to make them more durable and easier to handle. However, they are susceptible to breaking and may be damaged by liquid.

Each version of the Phase 10 game comes with its decorative tin which is designed for easier storage.

This game is fun when it is well understood. People who don’t understand its rules may find it boring or frustrating as many have described it to be. However, there’s actually more to it than just that.

This game set is sold for a very affordable price on Amazon. It is fun, exciting, and can give you good value for your money.

At first glance, the Phase 10 card game set looks just like a simple set of game cards. While it might seem like that, it actually has a unique touch. The goal here is to finish the phase for each round.

After completing a phase, a player will have to attempt getting rid of their remaining cards to avoid gaining points while stopping others from finishing their phases. The Phase 10 game is simple and doesn’t actually involve too much strategy.

It is a perfect example of an average and fun game. One of the main problems with this game is that it takes too much time, so if you don’t have the patience, then don’t consider playing it.