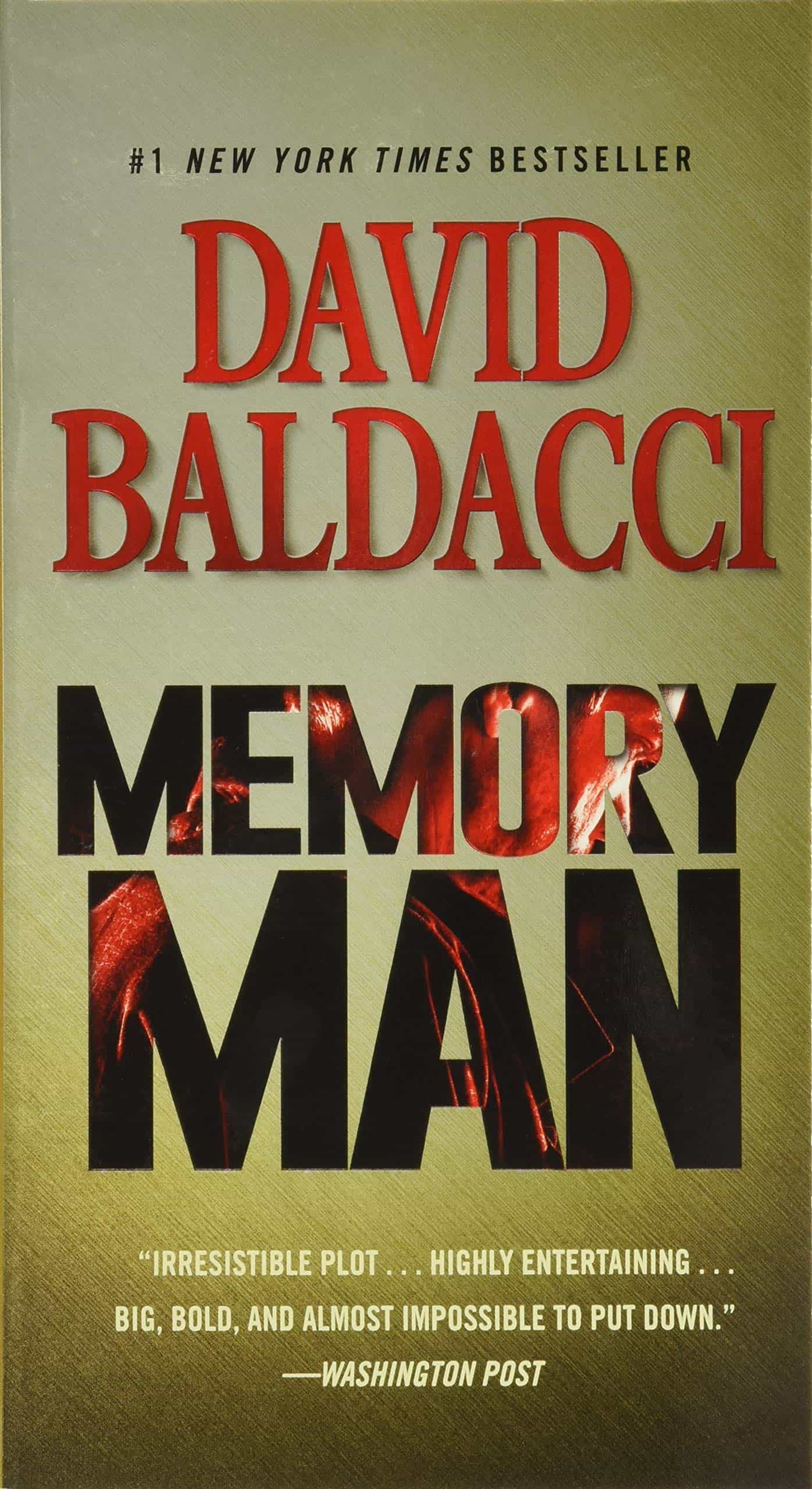 Memory Man is an excellent murder story with elements from drama, mystery, and detective stories. As one of the greatest writers of the mystery genre, David Baldacci once again develops his characters excellently in an exciting, emotional story in an easy-to-read way that welcomes all kinds of readers.

When Amos Decker returns home after eighteen months to find the bodies of his wife and only daughter, he does not think he can carry on living. Overwhelmed with grief, he sees his life getting out of his hands, losing his job as a detective, his family, his house, and his self-respect and joy to live. But when his former partner, Mary Lancaster, visits him to tell him that someone has confessed to the murder of his family, he gets another purpose in life as he thinks his wife and child deserve justice.

As Decker gets deeper into the investigation, a tragic event happens in the local school: Thirteen students are killed by an armed killer who runs away immediately. Having suffered a brain injury back then when he was a professional football player, Amos has a remarkable gift that makes him remember anything he has seen, heard, or read easily, just like a constantly recording camera. The police think that this unique skill will help them significantly in the hunt for the killer.

David Baldacci wants us to see that this is what it is all about: A person can stand up as many times as necessary, and if they also have the help of someone special, the process gets faster. The moral of the story does not stop there. In the plot, full of suspense, you will discover that some people cannot forget an event and go anywhere to defend the memory.

All human beings are equal and deserve the same respect. Who decides that you are “normal” or “different”? Why do we reject what is beyond our understanding and punish it with contempt, mockery, or violence? The key is respect. We lack everything that surrounds us and does not resemble us. That is what Baldacci wants you to notice when you read his novel and that you react, do not remain a mere spectator.

Memory Man asks these questions without you realizing them because they are hidden in a story full of action, revenge, and hatred. It will make you enjoy from beginning to end with a rugged ending, masterfully woven like an imaginary spider web.

The synopsis says everything necessary to delve into the story. The plot is utterly great from beginning to end; there is no single aspect that Baldacci ignored. The story is built with precision, with every detail having its significance revealed at the final.

The story is utterly entertaining with a guy at the bottom after his family’s unfortunate death. Having lost every reason to continue living, he unexpectedly gets a purpose, another chance to seek justice for his family. And everything starts from that point; the story unfolds itself with constant mystery and tension that hooks you to the story. Of course, the rhythm is a bit slow to prepare the background in the first parts, but after a while, the book hooks you to itself.

If there’s one thing we loved about the story, it’s how well-characterized the characters are; even the side characters are masterfully created. Another aspect clearly marked in this book is that nothing happens for no reason; everything has a justification, a background; nothing is a coincidence.

The author uses simple language for the story to be more easily read. He is a master in creating the atmosphere, the foundations of the story in a fundamental way. Thus, he builds his story with mystery, tension, and extensively developed characters with their peculiarities and background stories. Baldacci weaves his story step by step. Every detail has significance, and every word is well thought.

He writes simple yet amazingly built partitions—this way, he wants you to guess what will happen next. And this little game raises the tempo of the story, making you want to read more and more. When the book is complete, you feel like an amazingly designed puzzle has been solved.

Amos Decker, a successful detective, the story’s protagonist, is a cold, weird guy who calculates everything in his life. After suffering a blow as a professional soccer player, his life is never the same again. He gets the ability to remember anything he has seen, read, or heard. Decker’s quirky personality gets further forged after the murder of his wife and daughter. From the first pages, it is clear that he puts honesty above everything else. He does not have many filters when acting or speaking; perhaps it is partly thanks to his unusual skill, but also the events that occurred in his life led him to that.

Other auspicious characters appear in the plot, such as Mary, Decker’s former police partner, Bogart, an FBI agent, and Alex Jamison, the typical journalist who likes to stick her nose in any corner. They will appear and disappear at the most opportune moments of the plot, always making it clear that David Baldacci has written the novel for Amos Decker, and no one overshadows him.

Memory Man is a book that stands out for its well-characterized characters and for the well-thought-out, calculated story that Baldacci transports us to. It stands out for its brilliance; everything has a why, which leaves nothing in the clouds. It is a great story that welcomes every reader with its easy-to-read and entertaining style.