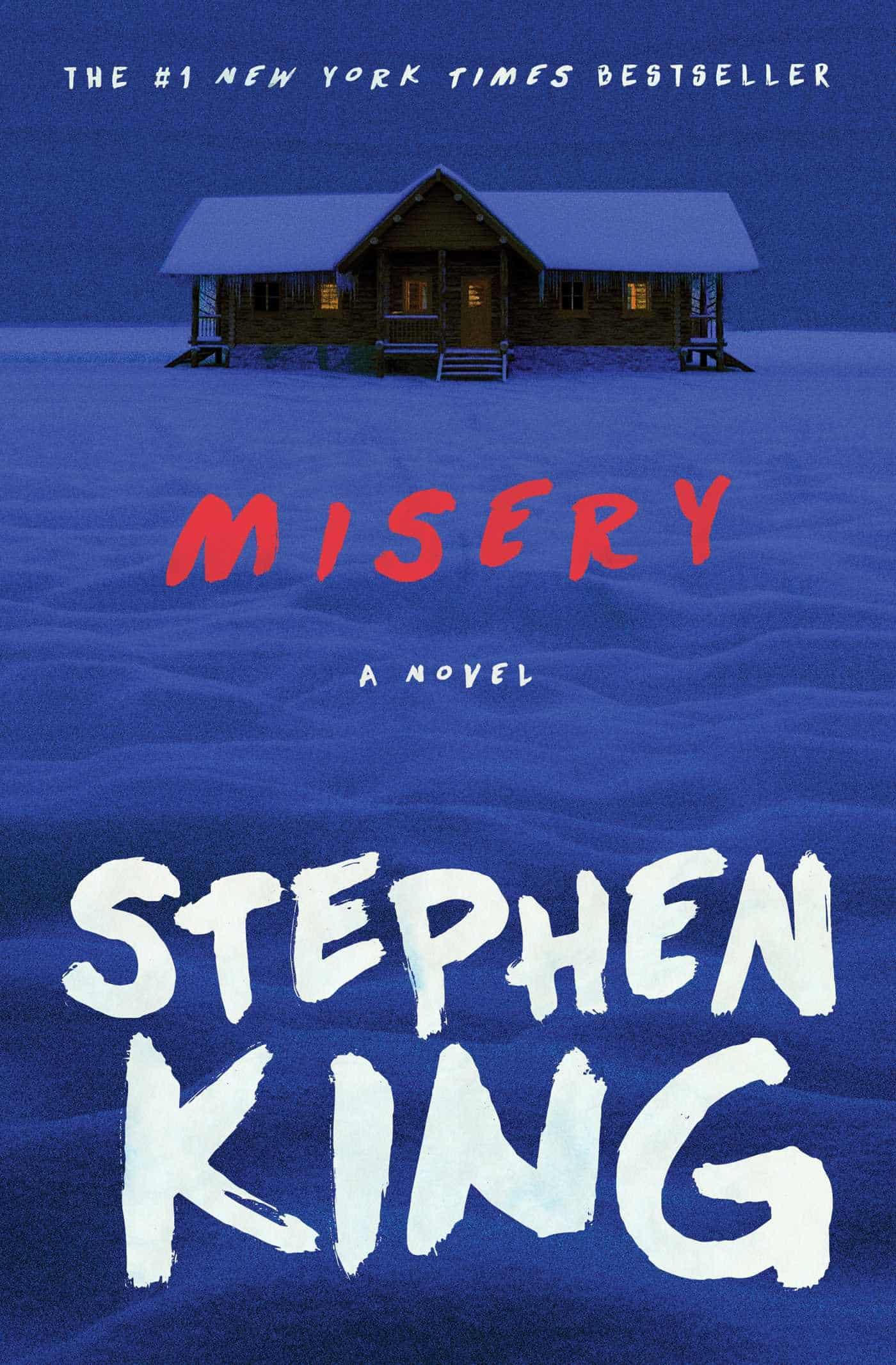 The novel's narrative is based on the relationship of its two main characters, the popular writer Paul Sheldon and his psychotic fan Annie Wilkes. According to some, the novel is a successful study of the relationship between celebrities and their fans. This novel sympathizes with someone who is suffering from a creative block. With themes like kidnapping, imprisonment, and psychological menace this novel is a powerful thriller. Anyone who wants to read an amazing psychological horror should read this novel.

Paul Sheldon, an author of a bestselling series of historical romances, wakes up one winter day in a strange place, a secluded farmhouse in Colorado. He wakes up with a dislocated pelvis, a crushed knee, two shattered legs to unspeakable pain. He gets a bizarre greeting from the woman who has saved his life- I’m your number one fan!

Annie Wilkes is an ex-nurse, handy with controlled substances and other instruments of abuse, including an axe and a blowtorch. A dangerous psychotic with no sense of good and bad, fair and unfair, Annie Wilkes may be King’s most terrifying creation.

Annie feels it’s not fair, that her favourite character in the world, Misery Chastain, has been killed by her creator, Paul Sheldon. Annie wants Paul to write a book that brings Misery back to life, just for her. She buys him a typewriter and a ream of paper and tells him to write. Wheelchair-bound, drug-dependent, locked in his room, Paul doesn’t have much choice. He’s an entertainer held captive by his audience. A writer in serious trouble. Will this writer make it alive through the hardships of the farmhouse? Remember writer has weapons too!

The novel’s title has two meanings. it is the name carried by the central heroine of Paul’s book series, and King described such a state of emotion during the novel’s writing. Misery is a spectacle novel, and it goes beyond the usual horror. This novel touches on the psychological horror and self-flagellation of a writer.

Paul must create a story that he does not want to tell, then the story takes a hold of him as he begins to tell it, and he must see it to the end. Annie is both a jailer, muse, and finally the ultimate critic. She punishes failures by cutting off pieces of him. Deadlines take on whole new meanings for him.

As one expects from king’s novel, Misery also has an engaging narrative. One wants to skip through the journey at a fast pace just to see how the curtains will fall and the story ends.

When Paul is found to be investigating the farmhouse while Annie is out, Annie decides that he needs to be punished, so she cuts his foot off with an axe and cauterizes the stump with a blow torch. It is brutally efficient, and in its way, Annie thinks she is weirdly kind. She gives Paul a pain killer and a slight sedative beforehand. Much like grounding a wayward child for being naughty, Annie feels she needs to punish Paul. Although her punishment is violent and cruel, she doesn’t know it.

One common theme used in the novel is many high, and low points. The book started subtly.  And then, all of the sudden there are high tensions between both characters. Everything mellows out, and another tension would rise. Over time they just kept adding up until the ending when everything was poured out.

As the story unfolds, tracing Paul’s slow recovery and his frequent, agonizing abuse at Annie’s hands, King skilfully delineates both Paul and Annie through the twisted relationship which develops between them. The book is told in the third person, from Paul’s point of view, and the reader comes to know him through his thoughts and emotions during the course of his long ordeal. Annie, however, is revealed only through her behaviour and what Paul can learn through a surreptitious examination of her belongings.

Major themes in the novel are writing, self-control or its lack, control over others, and the related issue of addiction, to drugs, food, or a story. There are also intriguing but disturbing implications concerning gender and appetite.

Annie is a metaphor for addiction. She is both nurturing and destructive, she takes away his pain, but on her terms. Paul in turn attributes powers to Annie, overawed by her strength, her power over him, her apparent indestructibility.

The scope of the plot and scenario in the novel is plausible in real life too. It is a writer’s nightmare. That realism means one identifies with the full horror of Paul’s situation and wonders how he can possibly get free!

Paul Sheldon is portrayed as a famous and best-selling author. But after a horrible car accident, he is saved by one of his fans named Annie. Annie is secretly a psychopath, who upon finding that one of the famous characters in Paul’s novel series named ‘Misery’ is killed in his upcoming book, is displeased and angry. She forces him to write another book, where Misery is alive.

Annie Wilkes is Paul Sheldon’s number one fan. Although in reality, she is actually a lonely psychopath who is completely obsessed with him. She manages to rescue him from a car accident, taking his manuscript for his latest book along the way. She takes him to her isolated home and slowly nurses him to health, easing his pain with doses of a heavy, opioid-based drug. To which Paul becomes addicted and therefore easier to control. The drugs had another purpose, to act as a stimulant to keep Sheldon’s mind fertile to continue his writing.

Although the story heavily revolves around the above two characters Duane Kushner, Wilson, Andrew Pomeroy, David, and Goliath help to further the plot.

It is difficult to face your fears. As one can’t always outrun them, one has to face them head-on or give up before the ordeal. Misery is just such a story.

The end is somewhat satisfying but also very just. Will Paul Sheldon ever be the same person he was before facing his nightmares? It is an amazing novel with an awesome plot and highly sociopathic and psychopathic main characters. One should definitely read this book for King’s amazing storytelling.