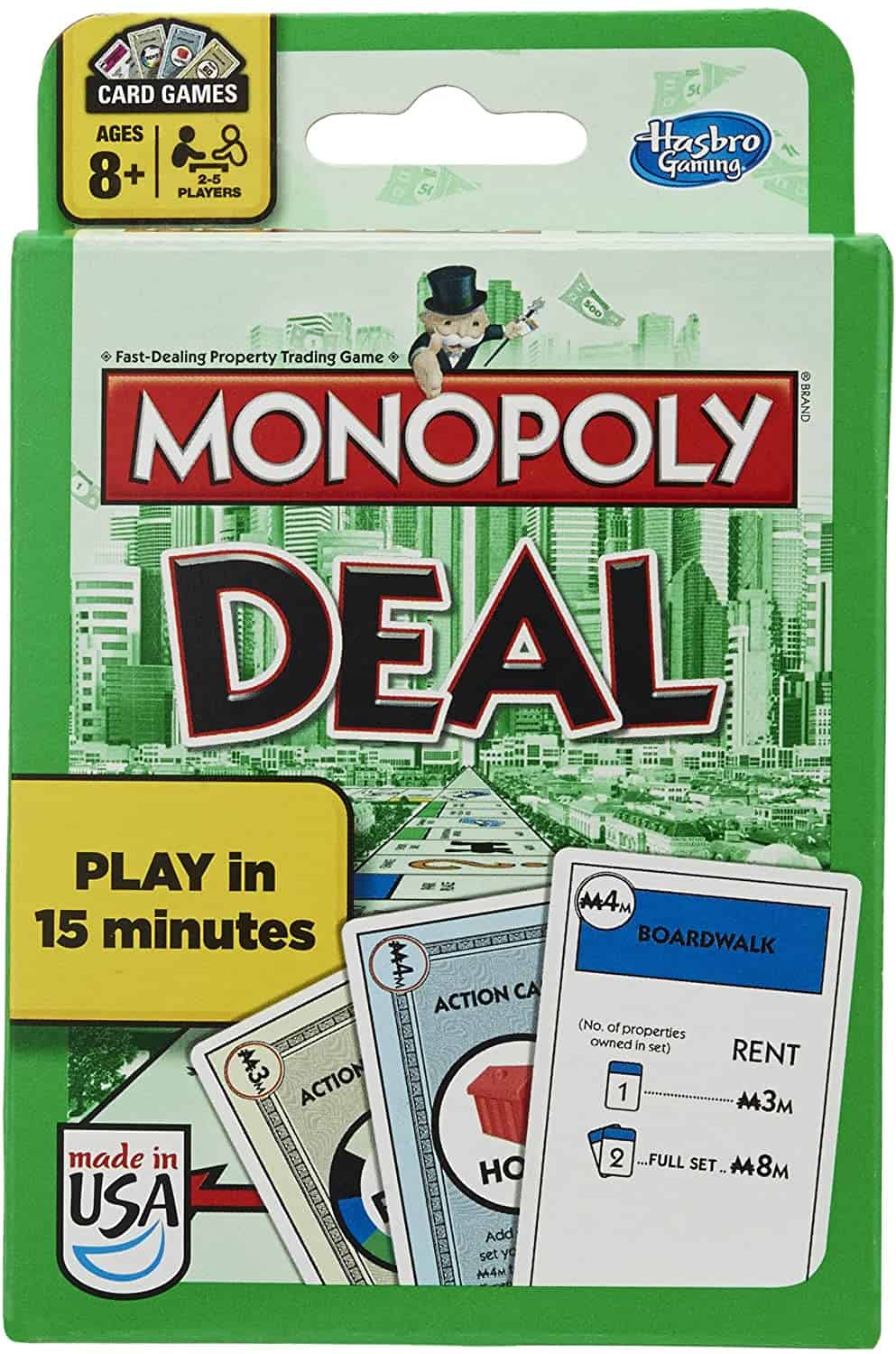 This is a classic monopoly game that lots of people love and grow up with. It’s perfect for those who want to enjoy a game that involves a bit of tactics and strategy.

It’s a monopoly deal card game that is good for people who are looking to have a friend/family game night. It takes approximately forty-five minutes to finish depending on the number of players. It works best when played by two people.

Monopoly is a card game in which the players will have to compete against each other to collect three complete sets of property. As the game goes, players can lose their property if they don’t manage their bank money wisely.

This game is made up of action cards, property cards, money cards, and rent cards. There is a bank pile for storing money. However, it’s not like the regular monopoly board game as the focus here is not on acquiring properties.

Instead, what this Amazon exclusive game focuses on is using money piles to pay other players as necessary and also to safeguard property sets. You can think of this money pile as a wall to protect the players’ investments and property.

This game is very easy to play. Its set of rules and routines are also user-friendly. If you are familiar with the monopoly board game, then you will find this even easier. Each player here complies with bank money which they use to protect their assets.

This game is very fun and encourages you to think outside the box. Each player is responsible for handing their game side, allowing the game to move effortlessly.

The game is available for just a few dollars, making it quite affordable. If you are looking for a cheap board game that will give you the same fun as a regular monopoly game, then this is a good option.

This game has the same mechanics as the original board game except for its repetitive roll movement mechanics. There is more player interaction here which makes it far more exciting and entertaining.

Players who are almost winning might get bombarded with rent and debt collectors. If they are unable to handle this financially, then they have to relinquish their property sets. This makes the game feel more exciting and chaotic.

This game requires less time than the standard monopoly board game which will leave each player wanting more. However, this game will need you to read and solve simple math.

Younger children who can’t read the card text may be assisted. You can also pair them up with adults or older kids. The game works best when played by two people.