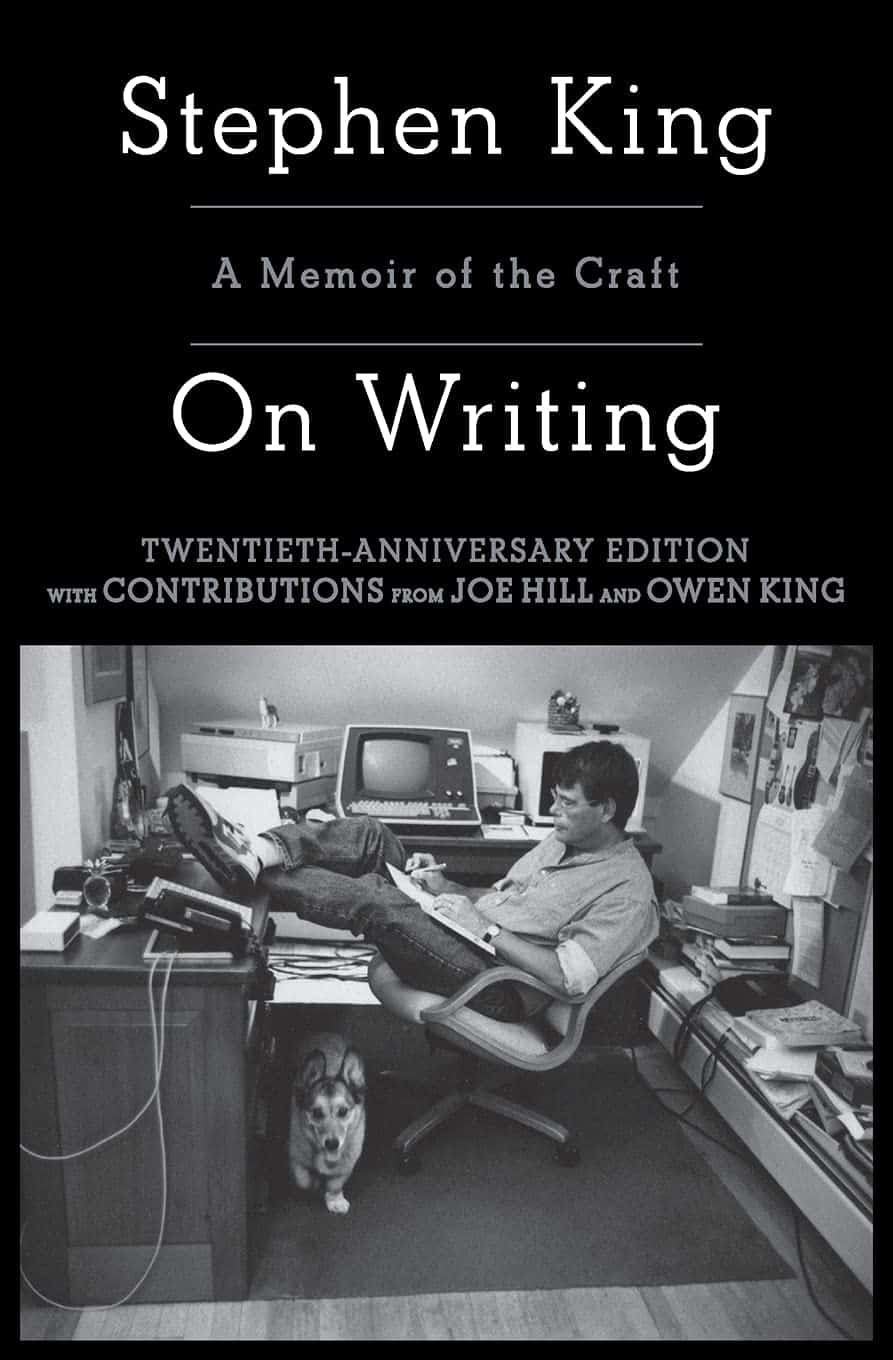 On writing as the name suggests is Stephen King’s advice on writing. This is a great pick for other writers looking to gain inspiration, and what better way than to hear from one of the best in the industry!

On Writing are part biography and part how-to. Stephen King writes about his childhood and young adulthood, relating stories that made him the writer he has become. Stephen King then moves into the mechanics of writing, offering advice and insight into a successful career that has worked so well for him but remains distant for thousands of others. On Writing is a poignant, educated, and inspiring book, a book that is sure to help hundreds of struggling writers and motivate still others who picked up the book, not for inspiration, but curiosity.

Stephen King is among the world’s best-selling authors. He turned out one or two novels a year for over twenty-five years, bringing his total of novels, short stories, screenplays, and even comic books to over forty. His previous books include Bag of Bones (1998), Hearts in Atlantis (1999), and Storm of the Century (1999). Stephen King’s 2000 memoir, On Writing, details King’s formation as an author and provides writing advice. The memoir is divided into five sections: ‘C.V.,’ ‘What Writing Is,’ ‘Toolbox,’ ‘On Writing,’ and ‘On Living.’

In ‘C.V.,’ King provides a curriculum vitae describing how he was formed as a writer. He begins in his early childhood and describes his life with his mother, Nellie, and older brother, David. King’s father is not in the picture, and the family moves around frequently and never has much money. King begins writing as a young child, first copying content from comic books then moving on to original material. He begins publishing work in magazines during his teen years. It isn’t until he writes Carrie that he gains significant financial success as a writer. King marries Tabitha Spruce, and they have three children. This section also describes King’s experience with alcohol and drug abuse. He gets sober in the 1980s, after an intervention from his wife. Just like C.V., there are four more sections to this memoir. The book focuses on the experiences and inspirations of the stories that came from King’s amazing storytelling. The book feels relatable and never lags the interest of readers, turning page after page until it’s over.

The book majorly focuses on the following ideas: Most people have at least some talent as writers and storytellers, and that those talents can be strengthened and sharpened with practice. The writer’s original perception of a character or characters may be as erroneous as the readers. Stopping a piece of work just because it’s hard, either emotionally or imaginatively, is a bad idea. The book is helpful for an upcoming writer who hasn’t published a word yet, or book savvy person who wants to know the journey of a Novel.

‘On Writing’, as its title suggests, is King’s book on how to write. King has split the book into two parts; in the first, he narrates the story of his life in a series of vignettes to describe how he became the author he is today. As the narrative progresses, King shifts discuss his fascination with horror films, his nascent writing attempts, and his moving account of selling his first novel, Carrie. The second part of the book is devoted to the actual mechanics of good writing, and King offers advice about various topics, including voice, grammar, and strong storytelling. Overall the book is amazingly simple to comprehend and at the same time covers the overall field of writing skills.

‘On writing’ is an immensely helpful and illuminating book for any aspiring writer. Stephen King suggested that writing is a part of life that should not be the centre of life, but support to it that all writers should embrace. Writing should be about enriching the lives of those who will read your work, and enriching your own life, as well. It’s about getting up, getting well, and getting over. Getting happy. Overall those who want to know the thought process, inspiration, and insight behind King’s stories and success, should pick up a copy.