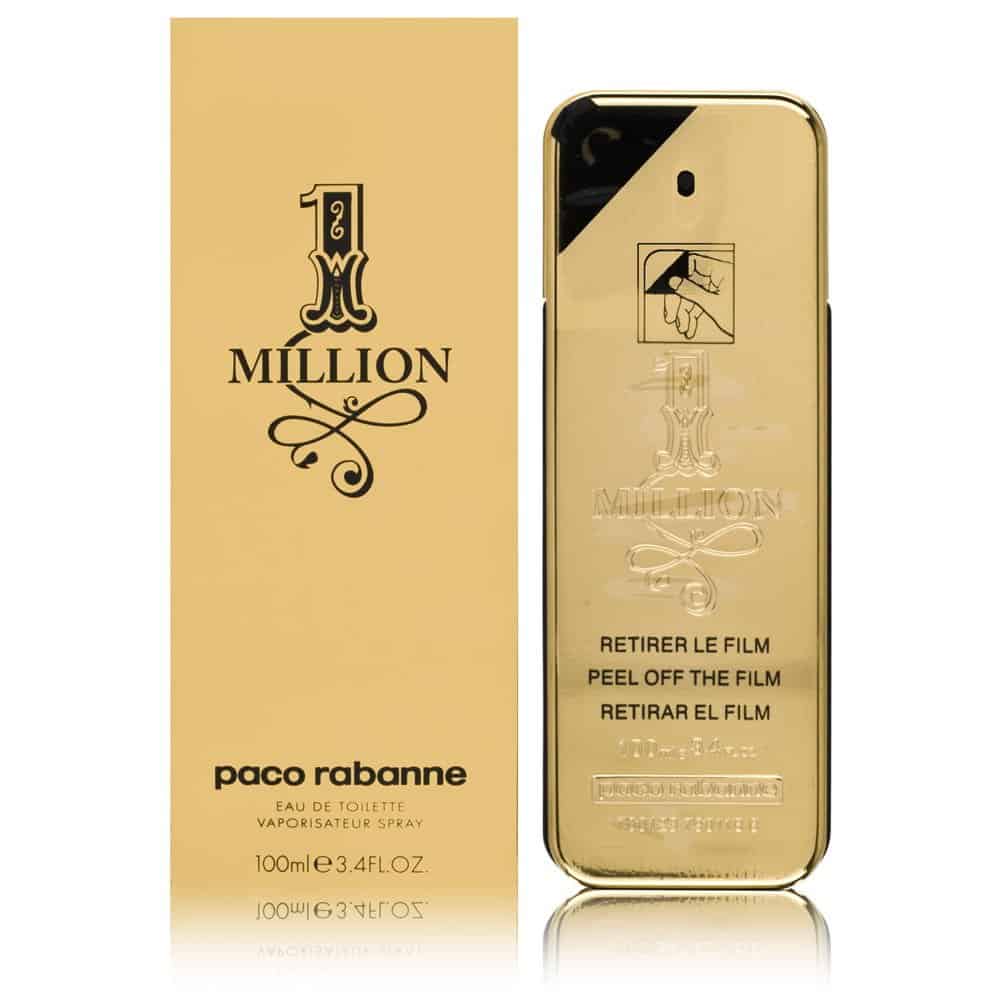 One of the aspects that made this perfume the best perfume out of all that we have tested and reviewed is its compelling scent and its impressive longevity. It can stay on your clothes from anywhere between 10 to 12 hours and might even linger on afterward.

The fragrance contains a mix of spicy, fruity, musky, woody, and citric notes. IT can last for a very long time on your skin as well as on clothes. It can be perfect to be used during nights or the winter season.

One Million is a woody and spicy scent that was first launched in the year 2008.  It was launched by three people; Christopher Raynaud, Michel Girard, and Olivier Pescheux. It does have a similar smell to the ‘Charisma” and “Attitude” fragrances that were known as the OG 1 Million formulas but it does have a few tweaks. This particular EDT has perfectly balanced sweet, spicy, salty, and woody notes.

The top notes of the perfume consist of blood mandarin, mint, and grapefruit. The middle notes are rich with spicy notes and a hint of rose and cinnamon. Lastly, the base notes consist of Indian Patchouli, leather, amber, and other alluring woody notes. All of the scents form a heavenly combination that has a muskiness and mysteriousness to it.

The longevity of this particular fragrance is quite impressive. Most users have commented that it can last up to 12 hours on clothes without needing reapplication. Although when it comes to sillage, the project is average. IT is only satisfactory till three or four hours.

The bottle has a very sophisticated design. The bottle is in a form of a long, sleek rectangle that has a finish of shiny gold. The spraying mechanism perfectly and spreads a thin yet fine mist of perfume all over you without causing any blots. The bottles are available in only two sizes; 3.4 Fl OZ and 3.4 Ounces.

It is one of the most rated perfumes since 2008. Men love it and have commented that it brings about a lot of compliments as well. Furthermore, it has astonishingly long longevity and can get you by the day smelling fresh. It is a must-have for winters.

The fragrance has one of the most compelling top notes ever. It opens beautifully with an addicting grapefruit smell which can convert to musky and woody scents after about 30 minutes. The best part is that it stays on your clothes for approximately 12 hours!