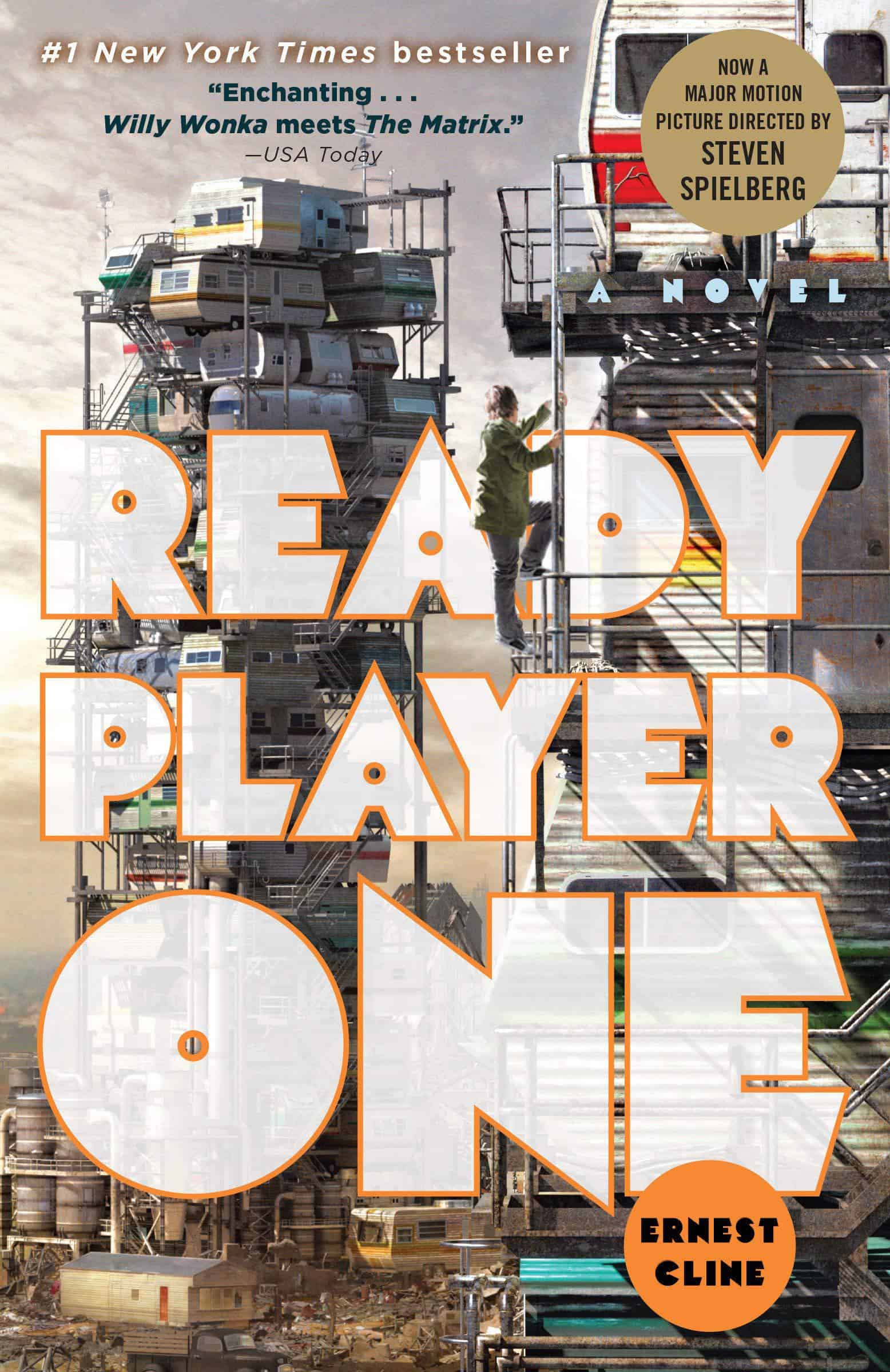 Blurring the lines between reading and playing games; this novel is a must for die-hard gaming fans and sci-fi geeks who have a thing for virtual reality, technologies and alternate realities.

Ready Player One is, above all, a tremendously original science fiction novel with its entertaining structure full of puzzles and levels, its simple language, and mind-blowing story. It is a must-read for gamers and virtual reality lovers.

The cyber novel, Ready Player One, which has inspired the great Warner Bros production Ready Player One the movie, sits halfway between Avatar and The Matrix. It is set in 2044, when humanity prefers the OASIS virtual reality video game to the increasingly depressing real world. It is claimed that he hides the diabolical pieces of a puzzle whose resolution leads to a valuable fortune. The crucial elements to solve the puzzle can be found in the late twentieth century. Since back then, millions of people have tried to find them but could not achieve significant success. Many years later, the protagonist of the story Wade Watts successfully solves the first puzzle. After that, he finds himself competing against many players trying to get the trophy. In this game, the only way to survive is to go on and win. But in order to achieve that, he has to abandon virtual reality and face the depressing life in the real world. Here comes his enigma; he has to be in the real world he always tried to avoid.

Ready Player One is an addictive and highly original novel with a gripping plot. It keeps the reader in tension until the last second, as we follow each test and puzzle to reach the final level, just like in a video game. Plus, the story shows an exciting vision of where the social networks of the future can go. The characters are round, and the author brilliantly exploits the possibilities of a world where people interact through avatars, which mostly are not similar to their owners. Ready Player One is the story of a mythical quest like the Holy Grail but within a network built with pixels. That does not make it less dangerous or exciting, but it increases the possibilities with robotic avatars or wizards – there are no limits to the imagination on the web.

Although the novel does not save on references to the culture of the eighties or gaming world, it can be enjoyed without being an expert of this time. It is, above all, a science fiction novel, tremendously original. Whether you saw the movie adaptation or not, Ready Player One is a must-read.

The story sets in a future dystopian world where virtual reality overthrew the real world. All social and professional interactions happen in a virtual world where you connect through the internet with your device.

The book is divided into 3 parts. The first is where the setting is explained with many details about the real world and virtual world. As for the second, the descriptions go into more detail, and the story starts to unfold but in a really slow rhythm. This is the most hard-to-read part, in our opinion. The plot is very slow and practically static. The third part resumes with agility and saves the book with its high rhythm, puzzles, mind-blowing twists, and gripping action.

Ernest Cline preferred a simple language to make the novel easy-read. As a science fiction novel, there are many descriptions and details with unfamiliar terms that can be hard to understand for readers unfamiliar with gaming or the technology world. In addition, there are also many references to the late twentieth century, which are sometimes not easy to relate with, especially if you are a young reader. But the author balances the story well, making the novel easy to read without any trouble by any reader.

Moving on to the characters, they are all kind of interesting, but we feel that the author didn’t want to give them a relevant weight either. Yes, they were the ones who carried out the actions, and Wade Watts, aka Perzival, is our narrator, but the exciting thing here was the adventure, the Hunt. Therefore things like the love relationship that develops are left hanging and become quite frustrating.

Wade Watts is an orphan living with his aunt around the massive Oklahoma City. Wade names his OASIS character Perzival which refers to the Arthurian knight in search of the Holy Grail.

James Donovan Halliday, aka Anorak, is the creator of the game OASIS. His avatar’s name means an obsessive geek in British slang. His virtual character is originally inspired by Willy Wonka, who Cline described as a “rich eccentric holding a fantastic contest.”

Aech is Wade’s best friend and fellow and rival in the quest to win the prize in the game. Although Aech’s avatar is an athletic, handsome white guy, actually he is an African-American lesbian named Helen Harris, who grew up in Atlanta.

Ready Player One is a book that entertains the reader a lot with its original and easy-to-read structure, in which action, technology, the virtual world, and the real world are mixed in a cocktail that works very well. It is not the best book in the world, not even of the year, but it does the job more than anything. It is interesting, fun, and gripping, which will make you want to read more and more. It is recommended especially for gaming and technology lovers. Still, it is also entertaining for younger adults who can relate to the references from the ’80s and ’90s—an entertaining book to read overall. Put on your virtual reality glasses, connect with OASIS and let yourself be trapped.