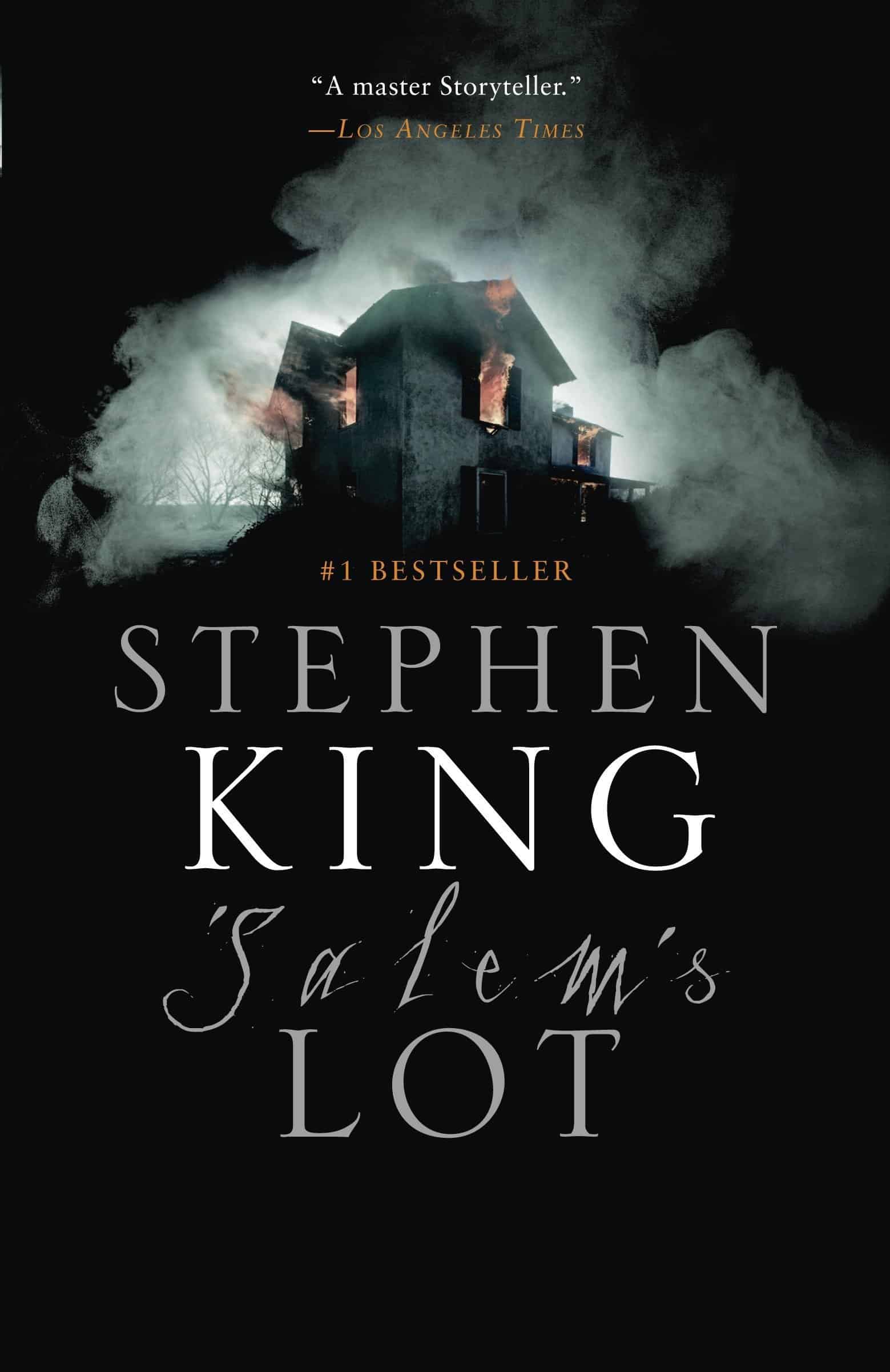 Salem’s Lot is the best book for all readers who are fans of horror-gothic fiction. Featuring a lot creatures such as vampires, this novel is full of action, romance and entertainment.

The story involves a writer named Ben Mears who returns to the town of Jerusalem's Lot (or 'Salem's Lot for short) in Maine, where he lived from the age of five through nine, only to discover that the residents are becoming vampires. For those who enjoy gothic fiction, or vamp stories entangled with crazy action, romance, and much more, this is the book for you.

Ben Mears, an author who spent part of his childhood in Jerusalem’s Lot, Maine, has returned after 25 years to try to write his next novel. He quickly becomes friends with high school teacher Matt Burke and strikes up a romantic relationship with Susan Norton, a young college graduate with ambitions of leaving town. Ben has returned to “the Lot” to write a book about the long-abandoned Marsten House, where he had a bad experience as a child when he saw a hanging ghost. He learns that the house has been purchased by Kurt Barlow, ostensibly an Austrian immigrant who has arrived in the Lot to open an antique furniture store. Barlow is supposedly on an extended buying trip; only his business partner, Richard Straker, is seen in public. The truth, however, is that Barlow is an ancient vampire and Straker is his human familiar! Will Ben come to know this? And what will he do even if he finds out?

Salem’s Lot is one of those books, you can’t put down until it’s finished. A story filled with many relatable, engaging characters might make you question your surroundings. Yes, it’s that eerie! King’s novels have always been different and still relatable. And that goes to show the power of his abilities. For instance, we have a preconception that all vampires must be evil, but in the end, if everyone was a vamp and still acted like before, makes you question, were those humans at any point humans? Overall the readers all across have found this book to be engaging and a page-turner.

The novel has a straightforward horror story. King’s careful descriptions of physical details, as well as his fascinating, often humorous, outsider’s view of small-town characters, bring the village to life and render the horrors of its creeping vampirism all the more gripping and terrible in their irony. Especially poignant is the agonizing necessity Ben faces of having to destroy Susan, who had begun to repair the damage caused by his wife’s death. In the end, Ben’s fury at Barlow as the chief vampire is compounded by the fact that Barlow has stolen his love and second chance at happiness. As with any good scary story, at its conclusion King leaves the reader in doubt about whether evil has been vanquished. Though most of King’s works involve violence and human weakness in the face of almost overwhelming evil, ’Salem’s Lot is one of the few that do not offer the reader some kind of catharsis through the redemption or victory of the hero.

Throughout the book, the theme of belief comes into play. Belief protects certain characters. It leads others to their destruction. The characters that believe most readily in the existence of the vampires and in the power of traditional remedies to ward them off are the ones who survive the longest. The story is built around the contrast between the community of the town and the community of the vampires. On the one hand, the two communities are opposed: the townsfolk are good, and they try to fight the vampires. On the other hand, though, it’s the same community; it’s the townsfolk who become the vampires. So which is the real community? Is it the group of people fighting the vampires? Or, if you think about the fact that pretty much everyone is corrupt in some way, is the corrupt community of vampires the real one? After all, in a lot of ways, the townspeople pretty much become their real, true, nasty selves when they turn into vampires.

Ben’s journey to ‘Salem’s Lot is a journey into his past. He’s looking to reclaim the few happy years he had as a child with his aunt. ‘Salem’s Lot’ isn’t just about vampires and horror; it’s also about nostalgia. Ben goes back to the Lot to remember his childhood, with all its larger-than-life terrors that are, in some ways, better than the everyday unhappiness of adulthood.

Ben Mears is an author and one-time resident of Jerusalem’s Lot, Maine. Seeking a break from his career after the death of his wife, Miranda, and a current case of writer’s block, he returns to the Lot. He decides to write about the Marsten House, at the same time developing a passionate romance with college graduate and town resident Susan Norton. Kurt Barlow was a Type-One Vampire who terrorized the town of Jerusalem’s Lot, Maine. Barlow came to the town of Jerusalem’s Lot in a box shipped overseas by his assistant, Richard Straker. The two then took residence in the Marsten House, an abandoned house that was considered haunted by the townsfolk. Straker was Kurt Barlow’s human thrall. All of Barlow’s business concerns were enacted by him.  Characters like Marjorie Glick, Mark Petrie, Jimmy Cody, Father Callahan, and Matt Burke help to further the plot.

Thousands of miles away, from the small township of ‘Salem’s Lot, two terrified people still share the secrets of those clapboard houses and tree-lined streets. They must return to ‘Salem’s Lot for a final confrontation with the unspeakable evil that lives on in the town.

With an amazing plot, controversial yet impactful characters and scenes, well-written storyline with a hint of Vampires, ‘Salem’s Lot is a banger. For those who want an interesting weekend read or looking for the next book for your book club, pick up this novel.