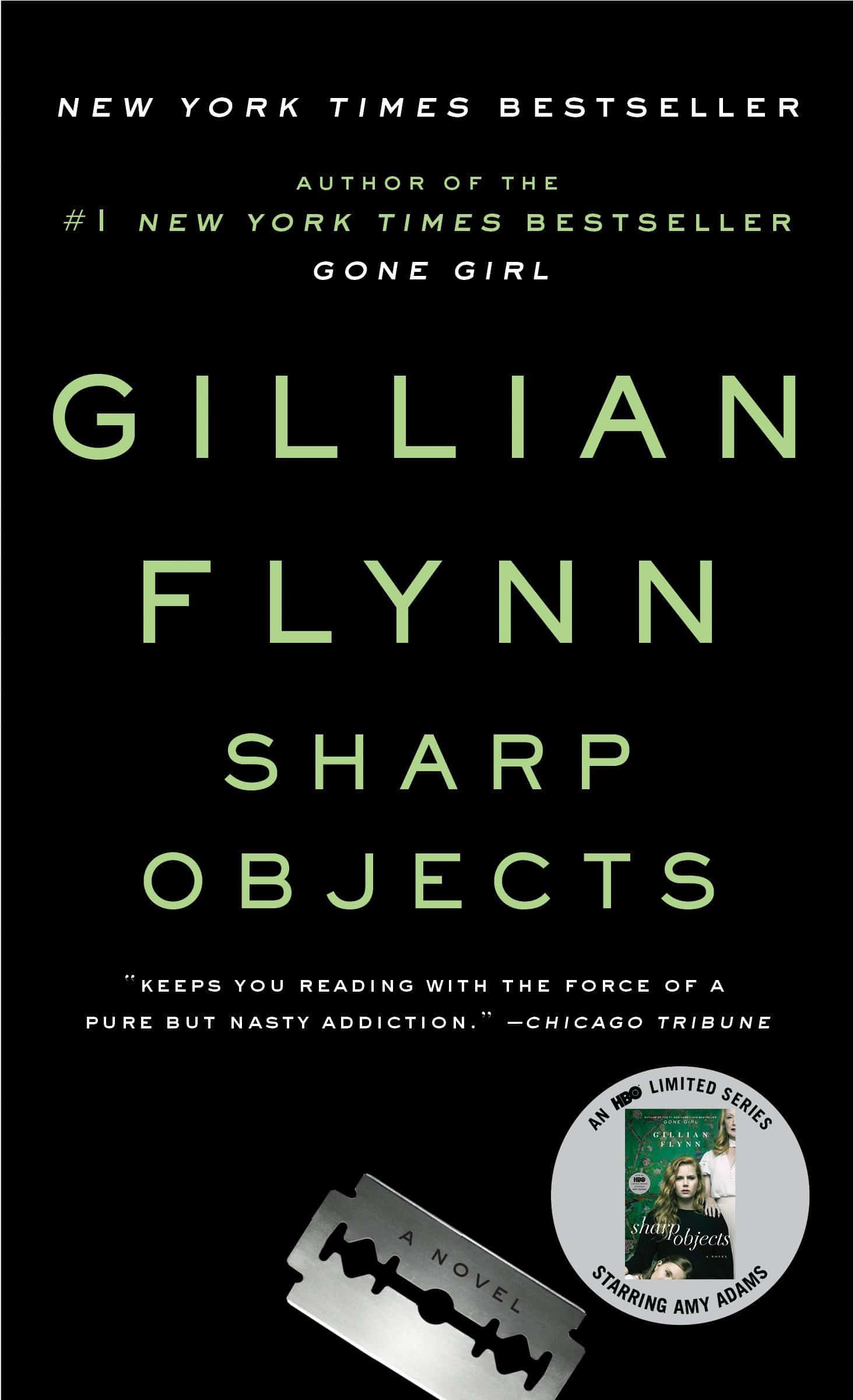 Sharp Objects Novel, like any good crime thriller and detective story, keeps the reader curious for the next page. One can’t stop until they have completely read it. It keeps you guessing and wondering who might be the killer until the very end. If you like a crime thriller, this book is a must-read.

Camille Preaker works as a journalist at The Daily Post, a small newspaper in Chicago. She is not particularly satisfied with the job, which includes writing stories about human neglect, murders, and crime. Camille gets along somewhat well with her boss Frank Curry, who supported her during a recent hospitalization due to self-harm. Camille has carved many words onto her body, having previously hallucinated them on her skin.

Fresh from a brief stay at a psych hospital, the reporter faces a troubling assignment: she must return to her tiny hometown to cover the murders of two preteen girls. For years, Camille has hardly spoken to her neurotic, hypochondriac mother or to the half-sister she barely knows: a beautiful thirteen-year-old with an eerie grip on the town. Living in her old bedroom in her family’s Victorian mansion, Camille finds herself identifying with the young victims, a bit too strongly. Dogged by her demons, she must unravel the psychological puzzle of her past if she wants to get the story and survive this homecoming

Some people are not so inclined to like stories with a dark plot. The novel revolves around a serial killer in a Missouri town, and the reporter who has returned from Chicago to cover the event. Themes like dysfunctional families, violence, and self-harm are used in this novel.

But looking from another perspective, if you have the taste for mystery novels or detective books and stories such as Sherlock Holmes, you should read this book. According to various reviewers, this book has an amazing plot twist and fascinating storyline.

Sharp Objects is a story about familial monsters who inflict serious and lasting damage on the people they ought to, and perhaps once did, love. is very much a character-driven tale, psychologically dark and disturbing, a book that quietly unsettles you. When the level of suspense reaches its peak, portions of this novel are plain agonizing to read through. Readers would want to flip to the last few pages so that they would finally be free from the misery of the constant ‘guess the killer’ game.

The slow reveal coupled with Gillian Flynn’s classic plot twists and stray characters tossed in here and there to throw the reader off all work in harmony and make this novel one that embodies everything a good thriller should be.

Sharp Objects goes beyond crime and suspense. It dives into three main themes- family dysfunction, self-harm, and mental health. All three of these themes parallel the plot and are important to the story. Flynn uses the relationship between Camille, Adora, and Amma to explain and discuss family dysfunction, she even throws in a step-father who occasionally speaks up, but usually turns away from all of the drama in their life. The three women have an intensely complicated relationship with one another and as the story progresses their relationships evolve, intensify, and become even more dysfunctional.

Self-harm is also used as one of the themes by Flynn. Without giving too much away, Camille and her mother, Adora, both suffer from different afflictions which cause them to self-harm in different ways. What is fascinating about this theme is that it tends to be taboo in that it is a sensitive thing to discuss. Flynn takes this uncomfortable theme and writes about it in such an elegant way without making the reader uncomfortable.

The novel’s narrator and protagonist, Camille Preaker, a young journalist trying to make a better life for herself in Chicago. She has suffered for years after the death of her sister Marian at a very young age. Also, she is the least favourite daughter of the wealthy, cruel, controlling Adora Crellin. Camille has wrestled all her life with feelings of being ugly, unloved, and unwanted. She turned to self-harm at an early age, turning her obsession with language and the desire to control it into a way of marking herself.

Adora Crellin, Camille’s mother, is the matriarch of the wealthiest family in Wind Gap. Adora’s carefully constructed persona as a Southern belle hides the darker truths about her past and present. Her family is the wealthiest in the area and owns many of the businesses in the surrounding areas, and she has a firm hold on the social atmosphere of Wind Gap. At the start of the novel, Adora is a nervous, traumatized woman desperate for control. Her habit of plucking out her eyelashes reveals a masochistic and self-destructive nature.

Amma Crellin is a thirteen-year-old half-sister of Camille’s. A mess of contradictions, Amma is the picture-perfect daughter when at home for Adora’s delight and spends hours meticulously working on a dollhouse designed to look just like her mother’s house. Amma, however, has a secret double life, the other half of which is filled with drugs, sex, and cruel machinations aimed at maintaining a complicated web of control over her school and friends.

Even though the story is largely focused around Amma, Adora, and Camille other characters drive the plot forward such as Detective Richard Willis Alan Crellin Ann Nash, Natalie Keene, and Frank Curry.

In the village named Wind Gap, nothing is what it seems. Not the people, not their relationships, and definitely not the secrets they desire to bury!

As a reader, a nervous feeling is always there while turning the pages. While the main plot might be straightforward of finding out the real culprit behind the murders in Wind Gap, the entanglement of surreal emotions will keep one glued to the novel.