The Couple Next Door thriller book 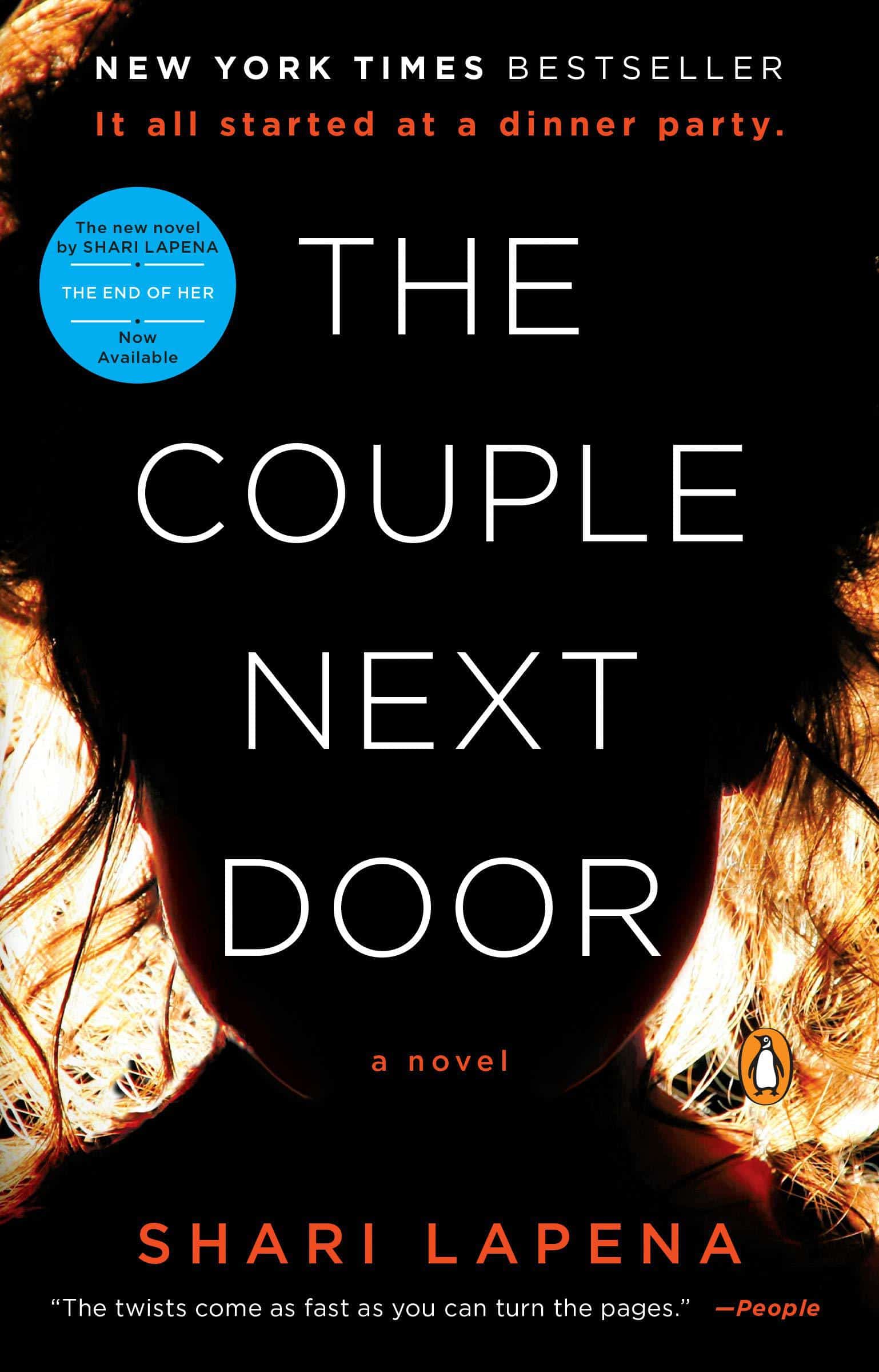 The Couple Next Door thriller book

This novel is domestic suspense about a young couple and their friendly neighbours. Filled with a twisty, rollercoaster ride of lies, betrayal, and the secrets between husbands and wives, this novel is a banger. Anyone who loves family drama, crime, and thriller stories should pick up this novel.

Anne and Marco Conti seem to have it all, a loving relationship, a wonderful home, and their beautiful baby. Anne and Marco decide to go to their neighbors’ party and leave their baby child, Cora, at home, alone, after her babysitter cancelled. They decided they will check on her every half an hour. They check as planned, and when they finally return home, they find the front door open and their baby kidnapped. Detective Rasbach gets the case and at first, suspects the parents. He asks a lot of personal questions and tries to get any clue he can. Some clues are gathered: a hybrid car was driving slowly, headlights off, towards the Contis’ backyard at 12:35 am, the motion detector is not working, and Anne is on medication from postpartum depression.

Detective Rasbach knows that the panicked couple is hiding something. Both Anne and Marco soon discover that the other is keeping secrets, secrets they’ve kept for years. Will they find their baby and will the secrets see the light of the day?

The Couple Next Door is an outstanding debut psychological thriller novel from author Shari Lapena, and one of the best family thrillers and psychological reads. It is a child-abduction case, racing along at an amazing speed, full of twists and turns, totally gripping the reader for the suspense ride from beginning to end. The story leads to one final point at the end, giving rest to one’s thirsty curious brain. Readers can’t put the book down before completing it entirely. Overall, this is a highly enjoyable book.

Lapena attempts to critiquing vices that exist in society. The story begins with Anne and Marco enjoying Graham’s birthday party. The author tackles the aspect of irresponsible parenting through the characters of both Marco and Anne, who embody the same trait. After Cynthia invites the couple to the party that she organized for her husband, Graham, she makes it clear that babies are not welcome. Anne and Marco thus decide to leave their six-month-old daughter Cora in the house alone, the babysitter having cancelled. Additionally, Anne indulges herself in taking wine and becomes intoxicated even though she was a nursing mother. The author uses the irresponsible and negligent nature of Marco and his wife Anne as a background for critiquing irresponsible parenthood that the couple epitomizes. Lapena establishes a delicate background for critiquing marriages that are based on lies. Crime is also evident, beginning with the kidnap of Anne’s baby and the subsequent murder of Derek. Throughout the novel, the author uses characters who symbolize certain vices in society that she does not approve of.

Two major themes surround The Couple Next Door. The first is deception. Different scenes showcase it in the story. The major one was the one that the story revolved around, which was Richard’s deception. Richard deceived almost everyone around him: his wife, daughter, son-in-law, and even his associate who was supposed to be on his side.

Marco’s deception of Anna was obvious by the middle of the story. All these build up throughout the story and intensify the mysterious and hostile moods present among the characters. Lapena, through her novel, raises the question of complexities of personalities, lack of trust and questions the basic nature of human relationships.

The second major theme is the greed of money. Marco and Richard were both looking for money and believed that money will give them ultimate happiness. However, Marco realized that money made him greedy and a criminal. He realized then that working hard for his business, even if it makes him not earn a lot, will give him pleasure and happiness of working hard to achieve something. Richard, on the other hand, wanted so much money that he planned to manipulate his son-in-law and steal his wife’s money. He thought this was going to make him happy and he will finally leave his wife and go to Cynthia. The story explores if money is everything in life, and can wanting more money leads people to do absurd things and become dangerous.

The Couple Next Door is written in present tense narration, a noteworthy departure from the more common past tense narration. This is a particularly effective choice for a suspense novel. It creates a greater sense of immediacy as if they are witnessing events as they occur. It gives more engagement as a reader.

Anne Contis is a new mother who gave birth to a now 6 months old Cora. Anne is a very fragile, innocent woman, who trusts people quickly and believes any lie. She got postpartum depression, which has affected her relationship with her husband. She is not a confident woman, always compares herself to others, and believes that she is not a good, responsible mother.

Marco Contis is Anne’s husband and runs a small business for designing. Marco seems to love his wife and children and would do anything to make them happy. Although pushing the limits for happiness takes a toll on him, throughout the story.

Cynthia is Contis’s neighbor. She was one of Anne’s very good friends until Anne gave birth. Cynthia hates kids and has a perfect body and beauty that she uses to lure any man she wants. She tried several times to flirt with Marco and advances him sexually at her party. The party she held was at night celebrating Graham’s birthday, who is her husband. She told them to not bring Cora because she hates them.

Richard Dries is Anne’s father. He wanted to get his wife’s money which was hers. Throughout the novel, he tries more and more to make Anne hate her husband and divorce him because he detested Marco and found him a failure. Richard has secrets of his own. Characters like Alice Dries (Anne’s mother), Derek Honig (Marco’s friend), and Detective Rasbach (detective on the case of baby’s abduction) help to move the plot further.

With a brilliant plot and amazing storytelling, Lapena creates a novel filled with anger, deception, desperation, and many unforeseeable twists. The Couple Next Door is an interesting read to the least. Whoever cherishes a little bit of drama, backstabbing characters and cunning families and satisfying end, should read this book at earliest.