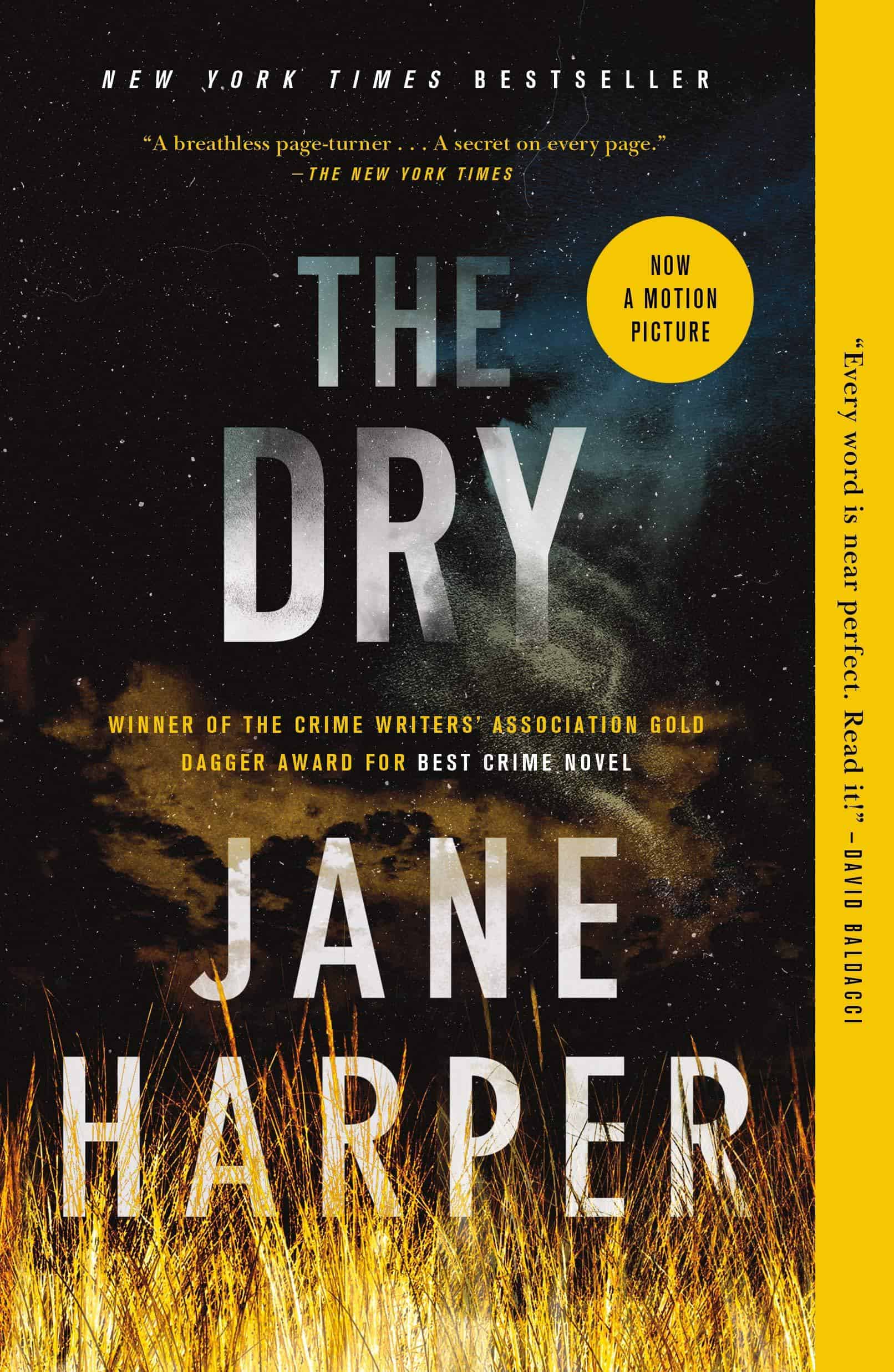 The Dry is a mystery novel that starts with a sad homecoming. And quickly turns into a nail-biting thriller about family, friends. Anyone who wants to indulge in the world a good crime-solving mystery should pick up this book right away.

In the grip of the worst drought in a century, the farming community of Kiewarra is facing life and death choices. When three members of a local family are found brutally slain, Federal Police investigator Aaron Falk reluctantly returns to his hometown for the funeral of his childhood friend Luke, loath to face the townsfolk who turned their backs on him twenty years earlier.

Luke, who allegedly killed his wife and child before taking his own life. Luke’s parents persuade a reluctant Falk to stay and investigate the circumstances of the crime. With the help of the local police sergeant Greg Raco, he begins to look into the events surrounding Luke’s death.

But as questions mount, Falk is forced to probe deeper into the deaths of the Hadler family. Because Falk and Luke Hadler shared a secret. A secret Falk thought was long buried. A secret Luke’s death now threatens to bring to the surface in this small Australian town, as old wounds bleed into new ones.

A mystery within a mystery is how one would describe this novel. While continuing the story in the present, Harper also gives readers a look at the concealed past.

It’s not the kind of whodunit that can be solved by the reader. We can only follow along as the clues are revealed one at a time. There’s also plenty of misdirection, so the readers are more eager to find out how the events turn out. Overall the narrative of The Dry is superb.

The Dry is a well-crafted novel and Jane Harper while delivering the necessary twists and turns that make a good crime novel, also captures the tension created by the climatic and economic conditions of the area. Set in south-eastern Australia, Harper paints a region in the grip of The Big Dry (See Beyond the Book), the most severe drought in living memory, which not only places a financial strain on farmers and local people’s livelihoods, it’s making people turn their guns on themselves.

With more than one mystery being unravelled simultaneously, The Dry keeps up a brisk pace, is full of surprises, and has the right balance of tension without overindulging in the brutal, tense-suspense formula of many potboilers today.

The Australian location, in a town suffering through a severe drought, where the heat is nearly unbearable, has the entire town unusually edgy, which paints a combustible atmosphere riddled with irritable tension from start to finish.

The shocking murder/ suicide is a compelling mystery full of unexpected revelations and surprising twists, but the secondary thread that takes up equal space in the novel is a haunting cold case story centred around the death of a friend of Luke’s and Aaron’s back in their youth. Aaron and his father were both suspects in the girl’s death and left town under a cloud of suspicion. Can Aaron find out what happened after all this time?

Dual storylines can be tricky, but both stories weave between the past and present with amazing fluidity. The story is bleak, almost gloomy at times, with little or no relief along the way, but the characterizations are so vivid and the story so taut, the heaviness became an asset and is part of what made the story so absorbing and moody, along with all the hidden small town motives, suspicions, and secrets that came roiling to surface.

Falk is a 36-year-old Special Agent with the Financial Intelligence Unit in Melbourne. He returns to his hometown of Kiewarra after 20 years to attend the funeral of his childhood friend, Luke. He is reluctant to go and eager to leave because at 16 he was accused of murdering someone, and subsequently, he and his father were run out of town.

Luke Hadler is a friend of Falk from years ago and had a very close bond with him then. Karen is Luke’s wife and Billy is their eldest child. Luke Hadler’s family is dead and believed to be murder/suicide at the hand of patriarch Luke. It sets the plot of the novel in motion.

Sergeant Greg Raco is a local Kiewarra cop investigating the Hadlers’ deaths. He eventually teams up with Falk to investigate the motives and mystery behind the murders.

Characters like Ellie Deacon, Gretchen, Mal Deacon, Grant Dow, Scott Whitlam are crucial to drive the plot forward. Although the character development is good, the motives behind why and what they did are unclear. For instance, Ellie Deacon could have told Falk, what was happening with her, seeing to the nature of their relationship, but she chooses not to. And this isn’t a sole incident. Now in the book, it is used as a tool to hide some things from readers but it also showcases the lack of motive behind some actions.

With a good storyline and compelling characters, The Dry is one of the entertaining books to read. The name of the novel isn’t only a reference to the nature of surroundings but the people and their mindset.

As a reader, one has a constant dilemma of whether Falk is a protagonist only for some people, but in the final pages, one gets to enjoy the satisfying end to the tell of Kiewarra’s secret keepers. The book also has a poetic end. This is a book any mystery novel enthusiast.