The Eye of the World fantasy book 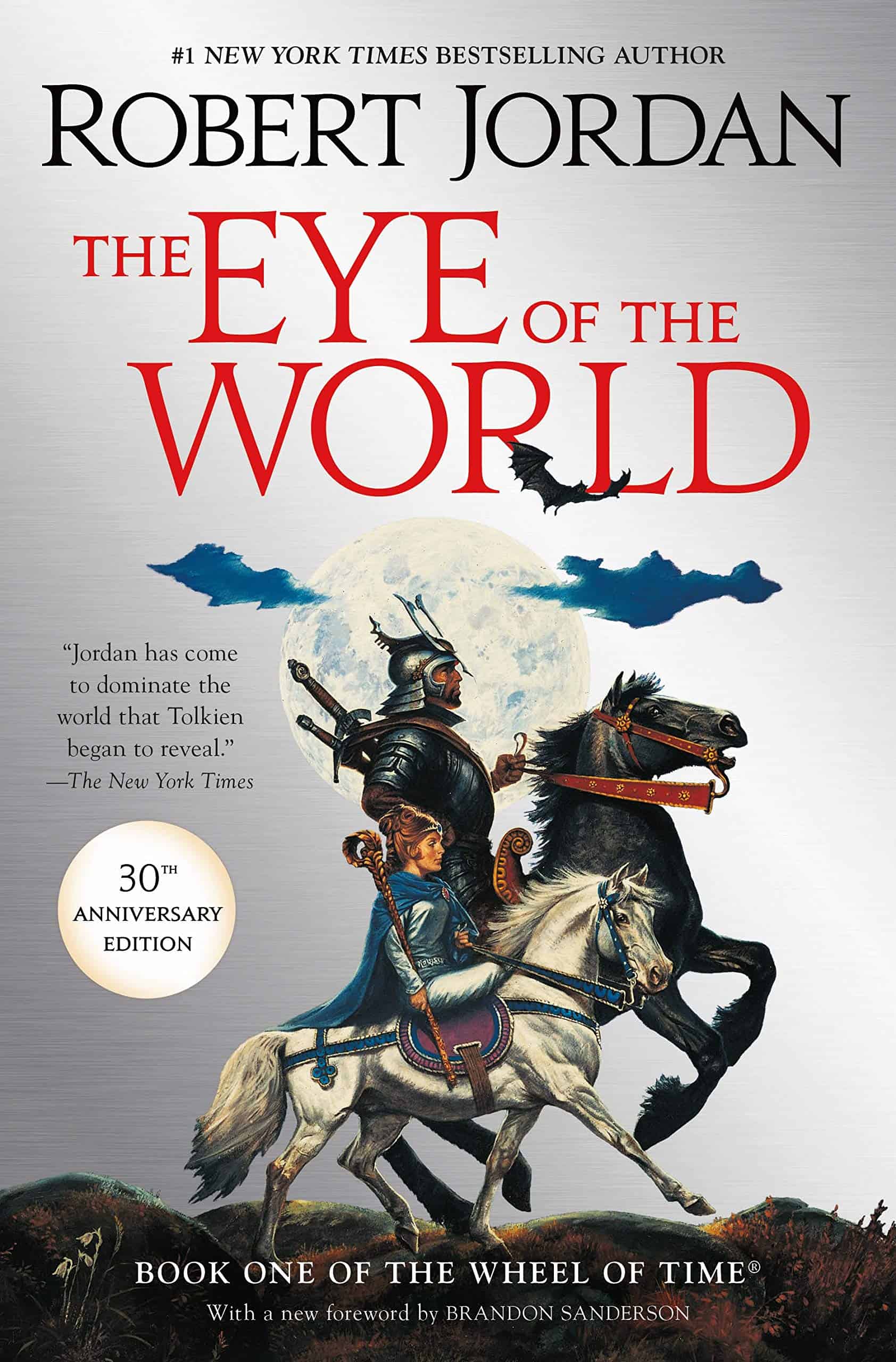 The Eye of the World fantasy book

The Eye of the World: The Wheel Of Time Series is considered one of the greatest milestones of fantasy literature with its vast world and diverse characters. With its similarities to The Lord Of The Rings saga, The Wheel Of Time is more than enjoyable, especially for readers who like medieval fantasy settings.

The world turns and turns, and time after time, the days promised in the legends come after many years. Yet, since the horrible moment when Lews Therin, who was Lord of Light, slew all his own to be driven by the forces of darkness, the struggle between light and darkness, life and death,  good and evil, has never stopped.

In a small solitary village in the Two Rivers region, Rand, a young farmer, lives in his father’s company. One night they are attacked by the Trollocs, half-beast beings, who wound the father. Rand takes him to the nearest town to be cured and sees how the Trollocs have also caused severe damage. A powerful magician, Moiraine, claims that Rand and two other boys have to flee the village because they are the target of the Trollocs, who obey the forces of evil. Rand and his companions leave, and the young man carries a valuable sword that his father gives him while letting him glimpse, with his feverish and broken words, that perhaps he is not his real son.

When you usually read epic fantasy, it is common to find trilogies and sometimes tetralogies and even pentalogies, but this saga goes much further; it is a tetradecalogy featuring 14 books.

The book faithfully follows the path opened by Tolkien, so faithfully that sometimes it looks like a copy of “The Lord of the Rings.” Three boys from a small and secluded town dedicated to herding and growing tobacco are suddenly attacked by the Lord’s minions. Dark on duty, beings with the appearance of beasts who are damaged by the sunlight commanded by horsemen cloaked in black hoods that do not show their faces and are forced to flee, aided by mysterious strangers, possessors of magical abilities. Even though the idea is not new, it is a well-created old-school fantasy story.

The presentation of the characters and the pace of various situations seem to be very well measured, which invites the reader to continue without rest.

The story of The Eye Of The Word takes us to know the life of some of the peoples of the time, the difference in cultures that coexist in the world, and the great differences between the lower and upper social classes that play a fundamental role in the story.

The long walks between cities and towns are intertwined with fighting and escaping against Trollocs, the bulk of the army of the Dark One, who move freely through the world of men.

The constant action and agility with which the parts follow one another contrast with the moments in which Jordan decides to spend all the necessary time recreating situations, thoughts or describing cities, rooms, and characters in great detail. Since this is the introductory book to a 14-book saga, it is full of descriptions, welcoming us to the gigantic world and its features.

As mentioned before, the book is full of lengthy descriptions and situations that show us the way of things in the world of Robert Jordan. The book is very well written with deep details and exemplary situations that show the customs in the cultures of different folks. However, as there are many characters, the author does not describe all of them in detail, making some characters very surficial. Along with the character development and story, the language used is also very similar to Tolkien’s tone.

Rand al’Thor, as the main protagonist, begins to channel while fleeing from the Dark One’s servants but does not become aware of it until his confrontation with Aginor. As Moiraine assures, Rand is not a simple male capable of channelling what can become a false Dragon but is the Dragon Reborn himself, destined to fight the Dark One and dismember the world again.

Mat Cauthon takes a cursed dagger from the city of Shadar Logoth, which infects him with hatred and paranoia. Although Moiraine partially heals him, he cannot break the bond that forces him to remain with the dagger, thus only postponing his death until he can be cured in Tar Valon.

Perrin Aybara meets Elyas Machera and discovers that he is a half-wolf, a human who can communicate with wolves. This ability manifests itself shortly after the meeting and earns him the enmity of the Children of Light and causes his eyes to turn gold and his senses to get more powerful.

Egwene al’Vere discovers through Moiraine that she has the innate ability to channel and become a powerful Aes Sedai. Eager for it, she begins to learn how to handle the One Power. She is determined to become Aes Sedai, although this forces her to distance herself from Rand, the boy she has always thought she will end up marrying.

The Eye of the World is the first step of a 14 book long journey. It is a good introductory book that introduces you to many characters and a gigantic world with its peculiar traditions and rules. If you like Tolkien’s work, there is no doubt this saga is perfect for you!