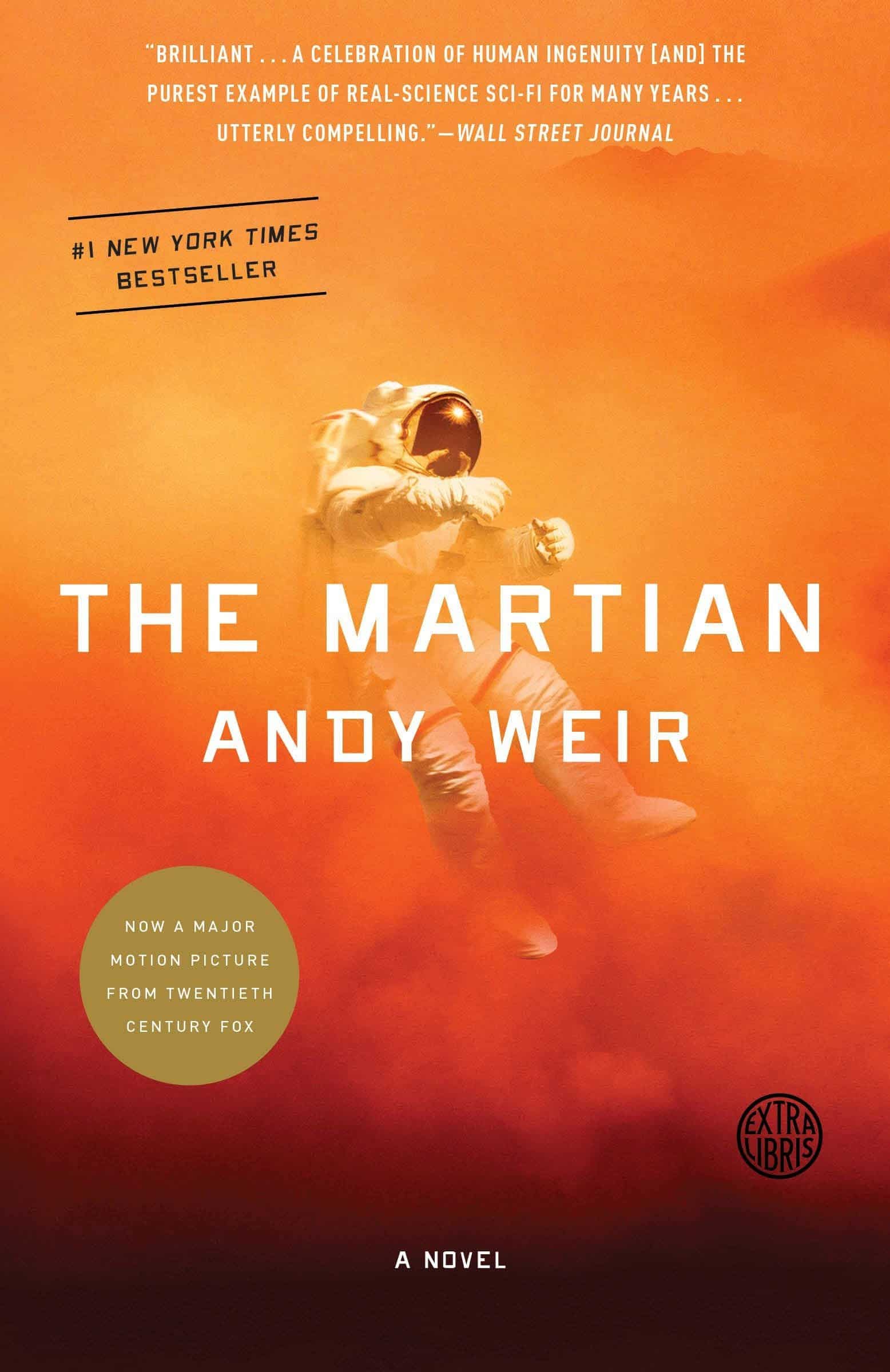 Set in the red planet of Mars; this novel will be the perfect fit for you if you are looking for a one-man adventure. It is a novel full of upliftment, hope and never giving up.

The story follows an American astronaut, Mark Watney, as he becomes stranded alone on Mars in 2035 and must improvise to survive. This is a story that exploits the horrors of isolation to the extreme, a sense of fear and sacrifice, and lastly, the undying will to stand up against any force. Anyone who likes the fictional world with realistic stories should buy this book.

The Martian begins in the year 1935. Astronaut Mark Watney is a botanist and mechanical engineer on the American Ares 3 mission to Mars, following two successful Ares missions that have been met first with earthly excitement. After a couple of days on Mars, a giant dust storm disrupts the astronauts’ mission and forces an abort. During this, Watney is struck with a shard of metal, a piece of the crew’s antenna. The crew leaves Watney on Mars, thinking of him to be dead after the incident. Commander Lewis, in charge of the mission, does so with a heavy heart but believes it to be the proper protocol.

Roughly a day later, however, Watney returns to consciousness, alone on Mars. After the dust storm nearly kills him, Mark finds himself stranded and completely alone with no way to even signal Earth that he’s alive. Chances are, he won’t have time to starve to death. The damaged machinery, unforgiving environment, or plain-old human error are much more likely to kill him first. Will he survive long enough to see the face of Earth again?

This novel takes one on the trip to wander in the fictional world of isolation with amazingly frightening reality. The story focuses on the intense seclusion of an intelligent human. But intelligence alone can’t be what one relies upon all the time. It has a heart-warming message about the helping nature of humanity. The story is filled with failures and innovative ways the characters overcome them. Overall, this is a highly engaging novel.

The main plot of the story is dependent on the isolation of an astronaut. But the human need for societal connection catches up to Watney. Though Watney rarely says so, many of his actions reveal his desire for human connection. The novel is from Watney’s perspective, written as log entries. Watney hopes that NASA and other people on earth will someday read his log, even if he dies on Mars before help reaches him or without anyone even realizing he was still alive, he hopes to leave a record that can be recovered by future astronauts, revealing Watney’s innate need to connect with other human beings.

Another aspect of the plot revolves around the over-dependence on technology. Stuck alone on Mars for far longer than intended, Watney finds himself in an inhospitable environment where his body is not designed to survive. He comes to rely on technology to keep himself alive, such as the Hab, the rovers, and EVA suits.

One of the major themes in Weir’s writing is patience and foresight. Watney’s time on Mars requires an enormous amount of planning. Once on Mars, and without his fellow crew-members, Watney doesn’t jettison NASA’s careful planning. Instead, he leans into this process, taking large problems and going at them systematically, with checks and double-checks in case he’s made any mistakes along the way. This patience is the thing that allows him to wake up each morning and continue chipping away at the cosmically complex challenge of making his way back to Earth from Mars.

The majority of the plot revolves around the seclusion and isolation of Watney. He is left behind when Ares 3 aborts its mission, even though Watney recognizes, as Lewis and the crew do, that this leaving behind is necessary for the good of the mission. At times on Mars, Watney recognizes, or remembers, how far from Earth he is, and how flimsy his protective sheath truly is. The Hab is only a piece of cloth, and other than the two rovers, essentially nothing else protects Watney from the Martian elements. Secondly, when Watney can communicate with NASA, he feels once again connected to human life and allows himself a more optimistic stance toward his possible return to Earth. But when this link is severed, Watney must once again do all he can without NASA’s input and advice. Only at the close of the novel does Watney get a way out of his isolation, Beck pulls him back into the Hermes, where he can re-join his crew members for their return voyage.

Mark Watney is trained as a botanist and engineer and is the only crew member of the Ares 3 mission not to make it off the Red Planet, following a catastrophic dust storm. He is the novel’s protagonist. Owing to Watney’s patience, scientific expertise, and ingenuity, he can survive on Mars for many months, even growing his food within the Hab, the small tent in which he lives.

Commander Melissa Lewis is a tall, large woman. Lewis is in command of the Hermes aircraft. She is a naval officer and is used to making tough decisions such as the order to evacuate Mars during a dust storm. But she suffers extreme regret at losing a subordinate. When she learns Watney is alive, she experiences guilt at having left him behind. Martinez, Johansen, Beck, Vogel are the rest of their crewmates. Characters like Beth Johanssen, Teddy Sanders, Annie Montrose, Bruce Ng, Mindy Park, Rich Purnell, and Guo Ming help to further the plot from time to time.

The Martian is an amazing story of shortcomings, how to solve them, and the fight for survival. It shows the positivity and warmth in humanity. Even though the story is fictional, the urgency and struggle of Watney feel all too real. Anyone who gets a kick from reading adventure and survival stories with thriller science fiction should definitely read this novel.