The Name of the Wind fantasy book 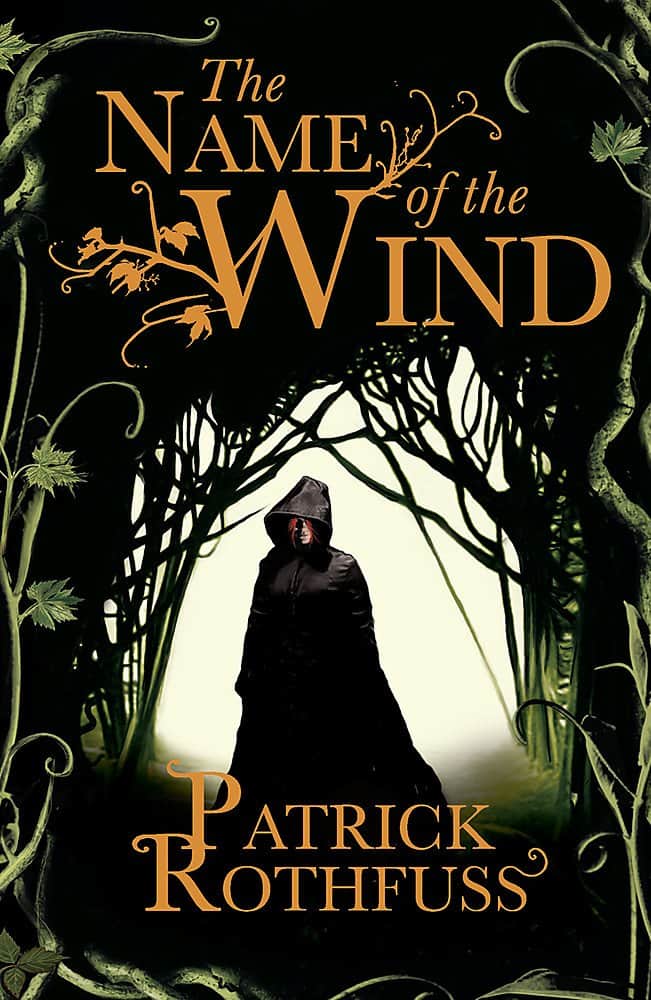 The Name of the Wind fantasy book

The Name Of The Wind: The Kingkiller Chronicles is one of the most original stories written with its well-created detailed universe and its own languages inside. With several narrators that give different perspectives to the story and a vastly complex universe, the novel is heavy yet highly entertaining.

In an inn in no man’s land, a man is about to tell, for the first time, the true story of his life. A story that only he knows and that has been diluted after the rumours and tavern tales that have turned him into a legendary character whom everyone already gave up for dead: Kvothe the musician, beggar, thief, student, magician, hero, and killer…

One night, a strange traveller, recognizes him and begs him to tell him his true story in order to leave a written record of his incredible life.

Revealing the truth about his story, he must start from the beginning: his childhood in a troupe of itinerant artists, his years living as a petty thief on the streets of a big city, and his arrival at a university where he hoped to find all the answers he had been looking for.

“The Name Of The Wind” is very well written and structured: one scene follows another with an agile pace, pushing Kvothe and the reader to the limit, forcing the reader to turn the page to find out what will happen next. He has created characters that are easy to recognize and with whom the reader can empathize. In addition, he has managed to create and transmit a world that the reader can quickly get into.

But, on the other hand, it’s not an original story. It suffers from minor defects, such as entering the story through an anonymous village and the threat to the lives of some minor characters that seem irrelevant. After Kvothe begins his story, readers get hooked to the novel, which happens after 100 pages. A bit too late that many readers would have stopped reading. But if you have the patience to get through that threshold, the story gets interesting and exciting.

The name of the Wind by Patrick Rothfuss has a structure of 92 chapters plus a prologue and an epilogue. Although it is a heavy and long story, the structure is straightforward and cyclical since both the start and endpoints are very similar, which is brilliantly created.

In the novel, there are several narrators throughout the story. The story begins with an omniscient narrator who narrates the “present” moment Kvothe and Chronicler meet. Then, when our protagonist begins his story, Patrick Rothfuss changes the first person to be the voice of Kvothe himself, who tells us his story. In addition to these two main narrators, two others appear in two brief moments in the novel, making the story more exciting and authentic.

The story’s rhythm goes well until the end, but in the last quarter of the book, the romance exceeds the adrenaline of the story, which can be boring for some readers.

The author has built a very complex universe to place his story. There are a thousand details: from the currencies used to the different languages ​​and dialects spoken and the legends or beliefs of the world.

Everything is so thought out that the author has developed the languages ​​and vocabulary of his fictional world, just like Tolkien did for The Lord Of The Rings. These languages are used brilliantly and naturally in the dialogues, elevating the reality and originality of the created universe.

A detail of Patrick Rothfuss’s narrative style in The Name of the Wind that we have loved has been the presence of ellipsis in conversations that Kvothe overhears over time or from a hiding place to indicate what he cannot hear. It has been one of the most realistic touches we have seen in these types of novels. In practically all books, it always happens that all conversations are heard entirely and ideally, even if the room has just been entered. And here, it does not happen.

In The Name of the Wind, the protagonist, of course, is Kvothe, a mysterious character that tells his story little by little. His adult self will be unknown during the novel, but he reveals his way of being and thinking when he was a child and a teenager.

In the “present,” there will be two main characters: Bast, Kvothe’s disciple and assistant, who lives with him at the inn at Guiding Rock and calls his master Reshi, and Chronicler, the scribe who writes down the history of Kvothe.

On the other hand, from the story that Kvothe tells, we can highlight two characters: Devi, a very mysterious moneylender, and Denna, a young woman who is very special to Kvothe. In addition to them, there will be many more characters: Kvothe’s family, Abenthy, his enemies, his teachers, etc.

“The Name of the Wind” does have some problems in its structure. It will fall short of those who expect a super fantasy epic or a medieval experience elaborated with several essences since the work is a reading of pleasant fantasy metafiction, which takes clichés of the genre, mixing them with darker content, and poetic writing. It proposes an enjoyable and sentimental journey of the hero, with a little bit of cynicism in the middle. It is indeed a different novel than the rest of fantasy literature. With the movie adaptation coming soon, it is worth taking a look!