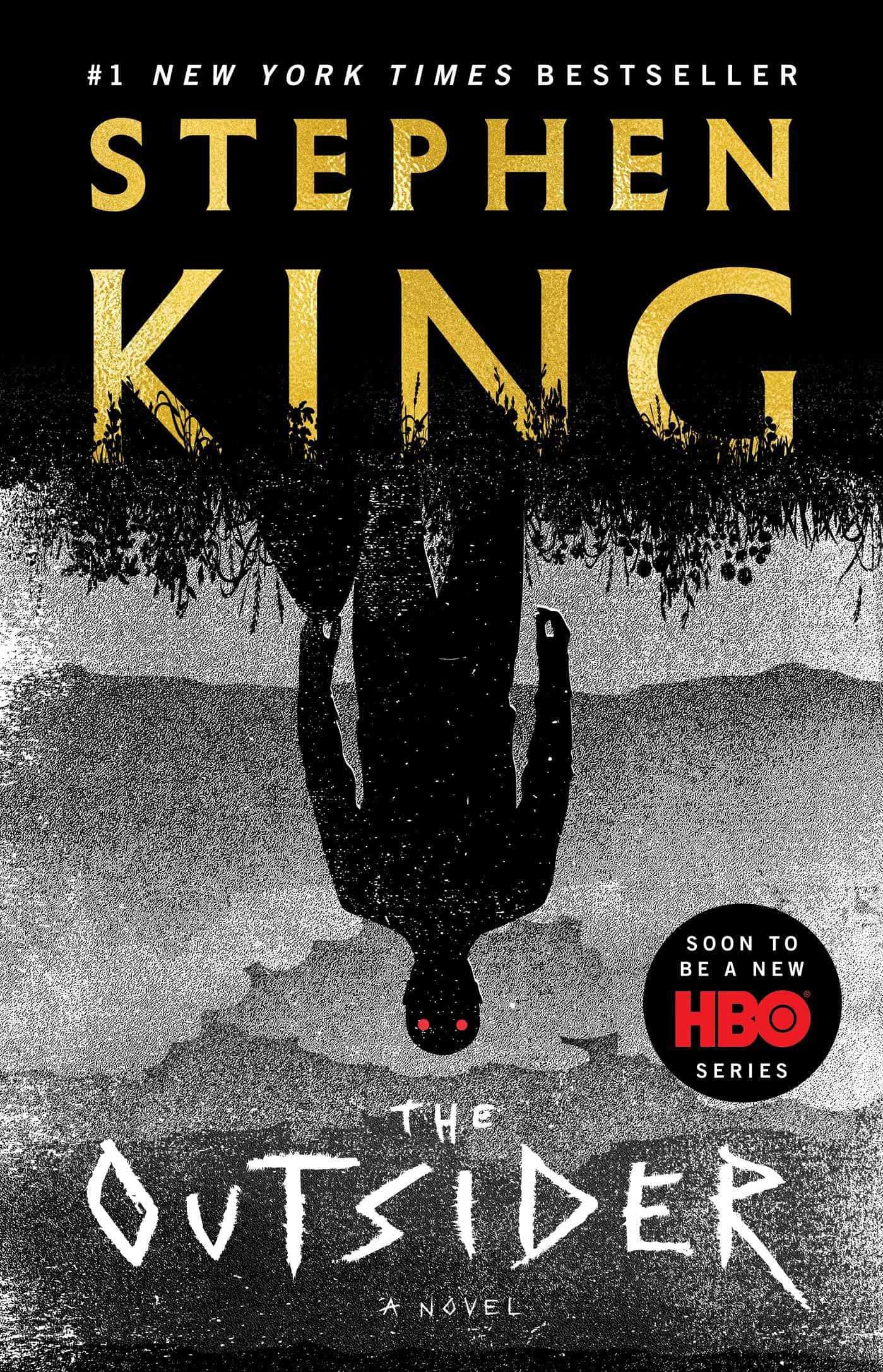 The Outsider is the best choice if you are looking for a mysterious read full of horror and grotesque imagery. It also does a fine job of combining 2 genres that normally don’t go well together.

Monsters of one kind or another are what the man does best, and The Outsider delivers a good one. King is an industry and has been one of the best writers in various genres over and across a generation now. This book is one of those mysteries that manages to slip past the suspicions of any good theorist, like sand in your hand. Those who want amazing weekend readers should read this interesting novel.

In Flint City, Oklahoma, the remains of a brutally murdered, raped, and a mutilated child named Frankie Peterson is found by a man walking his dog. Flint City police detective Ralph Anderson leads the investigation and interviews several witnesses who all saw local little league coach Terry Maitland before, around the time of, and after Frankie Peterson’s murder, with one witness seeing Maitland pick up Peterson in a van, another witness claims to have seen Maitland walking out of the woods covered in blood, and another witness, a strip club bouncer named Claude Bolton, saw Maitland after the killing. Bolton also states that while shaking hands with Maitland he was slightly cut with Maitland’s long pinky nail. There is also forensic evidence from the crime scene pointing to Maitland’s guilt, with his fingerprints and DNA found at the scene and in the van used to abduct Peterson. With all of this evidence, Detective Anderson orders a very public arrest of Maitland, who at one point coached Ralph’s son, at a little league game in front of a full stadium

As the investigation expands and horrifying details begin to emerge, King’s story kicks into high gear, generating strong tension and almost unbearable suspense. Terry Maitland seems like a nice guy, but is he wearing another face? When the answer comes, it will shock you as only Stephen King can.

King’s expository writing has always been strong, and what we read in ‘The Outsider’ is no exception. In some novels King has stumbled with endings, tending to focus too much on the supernatural. Here, he understands that less is more. There’s no reliance on portals to distant lands or repetition of incantations. Instead, we’re given solid detective work that pieces together the mystery of El Cuco while connecting it to Terry Maitland. The otherworldly is kept to a minimum, allowing readers to envision horrors on their own. The Outsider is taut throughout despite coming in at more than 550 pages. Both long-time readers and neophytes with a taste for terror will find this to be a rewarding read. One never loses interest, while reading, and some might not even stop until they have read it through.

When Terry Maitland – baseball youth coach, family man, all-around good guy – is accused of the horrific murder of a young boy, he is arrested and the town turns against him. As seemingly every character says at one point: “He coached my son/grandson!”. The case is driven by Detective Ralph Anderson, a man who liked Terry and can’t believe that he would commit such an atrocity, but who also knows that all the evidence points to him being guilty. The story switches from King’s graceful head-hopping third-person narrative to a transcript of official statements from key personnel in the prosecution’s case, a formal change that nods to the statements and newspaper extracts King used throughout his debut, Carrie. A well-researched, finely tuned crime-cum-legal case novel forms a good chunk of the book, as Detective Anderson and the state prosecutor amass their evidence. They are then presented with a curveball: Terry doesn’t just have an alibi; he has been caught on video at a talk by Harlan Coben in another town at the exact time the murder took place. Unnecessary cameo aside, it’s a genuinely intriguing mystery, one that uses many of the tropes of both so-called “grip-lit” thrillers and more conventional forensics-driven crime fiction. The Outsider gives King fans exactly what they want at the same time as cramming in new ideas.

All of the glories of an awesome read are on full display in King’s latest mystery-horror hybrid, The Outsider. The twists and turns make for a fantastic read, but there is also the underlying fugue of displacement. That Ralph trusts all of his misgivings with his wife, Jeannie, adds a nice layer to the narrative. King has always excelled at exploring the complexities of marriage. Choosing to give Jeannie such a pivotal role is almost as rewarding as the denouement. It should be restated that any quibbles about dated references are small when compared with the overall reward of reading a gripping, good story. No book is perfect, but Stephen King is reliably closer than most. He has always excelled at writing about real people tested by unreal situations.

Ralph Anderson is a detective from Flint City PD. He investigates the gruesome murder of an eleven-year-old boy. At first, he believes Terry Maitland is the murderer but later starts to have doubts. Holly Gibney is a private investigator from Finders Keepers, who assists Anderson, Gold, Pelley, and Sablo in finding the real murderer.

Terry Maitland is a Flint City Boys Little League coach. He becomes the prime suspect of the murder of an eleven-year-old boy but maintains his innocence. He is one of the most ‘troubled by fate’ characters in the novel. Marcy Maitland is Terry Maitland’s wife. She stands by her man during the whole ordeal and is harassed by the media as well as her daughters.

An unspeakable crime. A confounding investigation. At a time when the King’s stories have never been stronger, he has delivered one of his most unsettling and compulsively readable stories. This book is for everyone and anyone who want to find the next engaging thriller packed by a murder mystery you should pick up a copy for yourself.