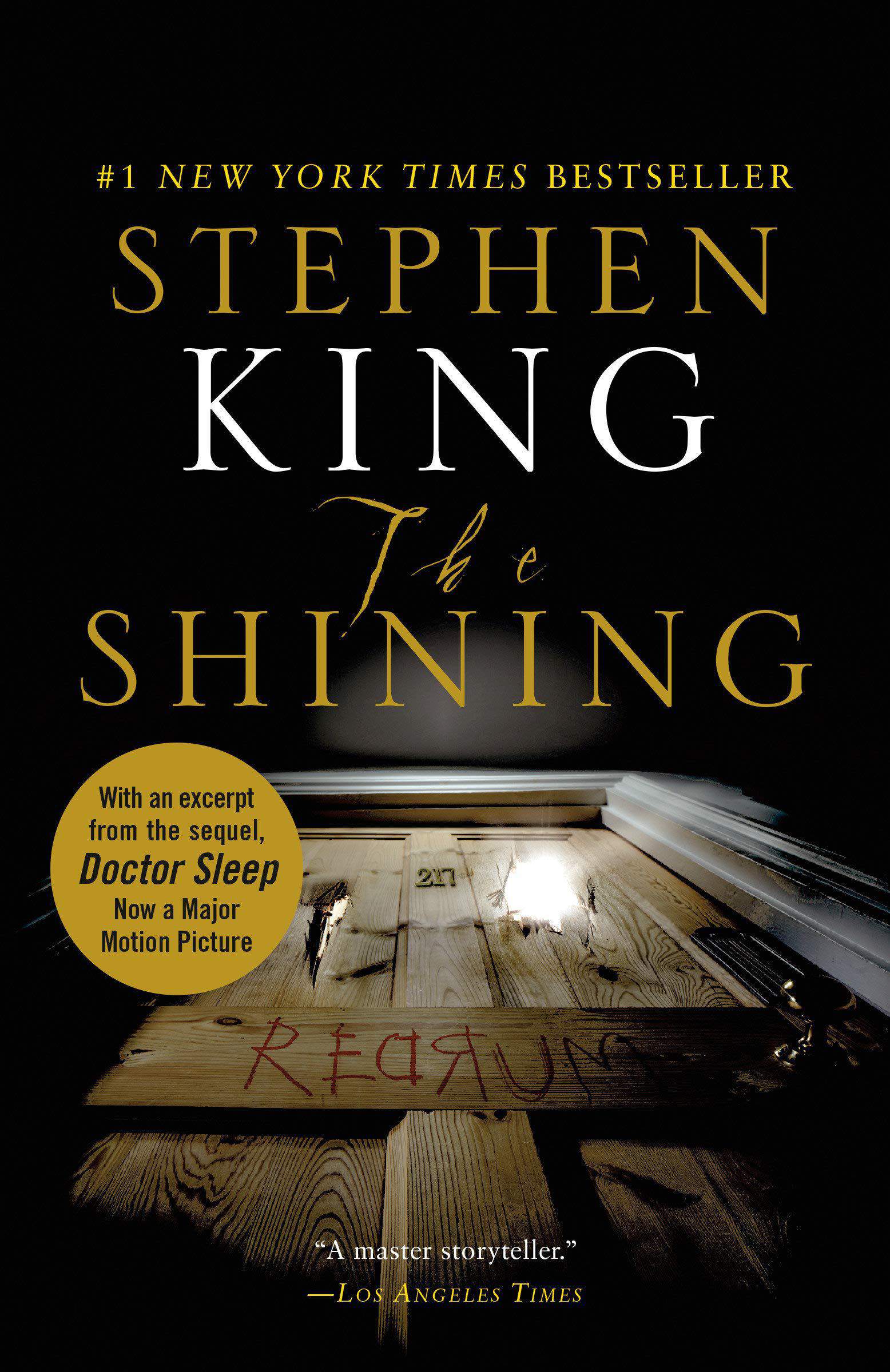 As one of the pioneer novels of the horror genre, “The Shining” is an exceptional book with an excellent story, well-developed characters, an outstanding narration, and writing that forces your imagination. It is a great book, along with the cult movie, recommended for every adult.

The story revolves around Jack Torrance, a man who has difficulties in his work as a teacher because of his alcohol consumption and anger. When he gets over it, he is offered the option of working at the Overlook, a seasonal hotel lost in the mountains, as a caretaker during the winter season when it is closed and isolated because of the snow. He decides to go with his wife Wendy and their son Danny. The five-year-old has some extraordinary powers, and in one of his “dreams,” he sees the word REDRUM and relates it to something terrible. Although it does not give him a good spirit, the little one sees himself inside the hotel together with his family, having a hard, scary experience. Once there, inexplicable things begin to happen, and everything falls into chaos.

This book does move at a slow pace, but the tension generated by the characters’ actions is prompting you to keep reading and want to know what happens next. This environment exists in the Overlook that makes us little by little aware of the madness and terror that we will experience at the end. All this is magnified by the visions of Danny, who does not take long to realize what is going to happen, and the author lets us know before reaching the end of the book. Stephen King does not waste time hiding the end of his work but says it from the beginning and begins to generate great anticipation before the climax. You feel like getting pulled to an unavoidable mad ending. I think this is one of the things that makes this book an excellent literary work.

As a book of ghosts, I believe that “The Shining” fulfils everything we ask of it and even more. Here we have imaginary ghosts and experiences from one of the authors considered a mastermind in horror. Alcoholism, violence, isolation, and even the fear of divorce are very present themes in this book, making this an exciting read for all types of audiences, except children. Generally, when we think of horror novels, we tend to have monsters in mind, but this type of story is much subtler and more effective to scare or put the reader in permanent tension.

“The Shining” is divided into five parts. The first and second parts of the book are rather introductory and put us in context. So the first two parts, about 120 pages, are the slowest. If you are already familiar with the story from the film and are looking forward to the scares to begin, these parts can be a bit dull. In the next three, we get stuck in the Overlook, and we enjoy being scared by Stephen King’s magnificent story. This terror comes to us just by getting into a situation, a vast hotel where we find ourselves isolated. Things start to happen, and everything goes down like a domino effect. The story may not be suitable for those who have nightmares.

Stephen King gives place to many parentheses to introduce us to the characters’ thoughts in the middle of a paragraph. This is great for character development and having different perspectives of the story but can be hard to read for some. Sometimes these parts are so long that you get lost in the story.

The descriptions are magnificent and make you get fully into the places described. For this reason and due to the very characteristics of the story, we are facing a book in which, most of the time, it is a run through the scenes, details, events with few dialogues.  This way, King gives a tremendous rhythm to the story getting you hooked to the book.

The characters are very well developed. Little Danny is undoubtedly the main character, a child who will touch us and with whom we will suffer from his special powers. He’s too mature for his age at times, but we forgive him; he’s so cute.

Wendy, the mother of the story, acts as a bystander to the things happening. She goes with the flow until the end, where she shows us a little more when fighting for her son.

Jack Torrance (who doesn’t think of Jack Nicholson’s face in the movie?) He is a man who suffers, who wants to control his anger and his drinking problem and help his family get ahead. As you read about him, you unavoidably imagine Nicholson in his character. Although he is the main character, unlike the movie, he has a little less weight on the story since perhaps King focuses more on Danny’s perspective throughout the story.

“The Shining” is a highly recommended book for all horror genre lovers, a classic that you have to read sometime if you dare with it. If you have seen the film, you will appreciate the differences, seeing it from another perspective. It is a well-written classic with a subtle horror and tension created by unknown forces and weird experiences, unlike some cheap horror books with many monsters, aliens, or paranormal creatures. There is a reason why Stephen King is one of the biggest masters of the horror genre, and he shows why in his masterpiece.

Absolutely no spam. Unsubscribe any time!