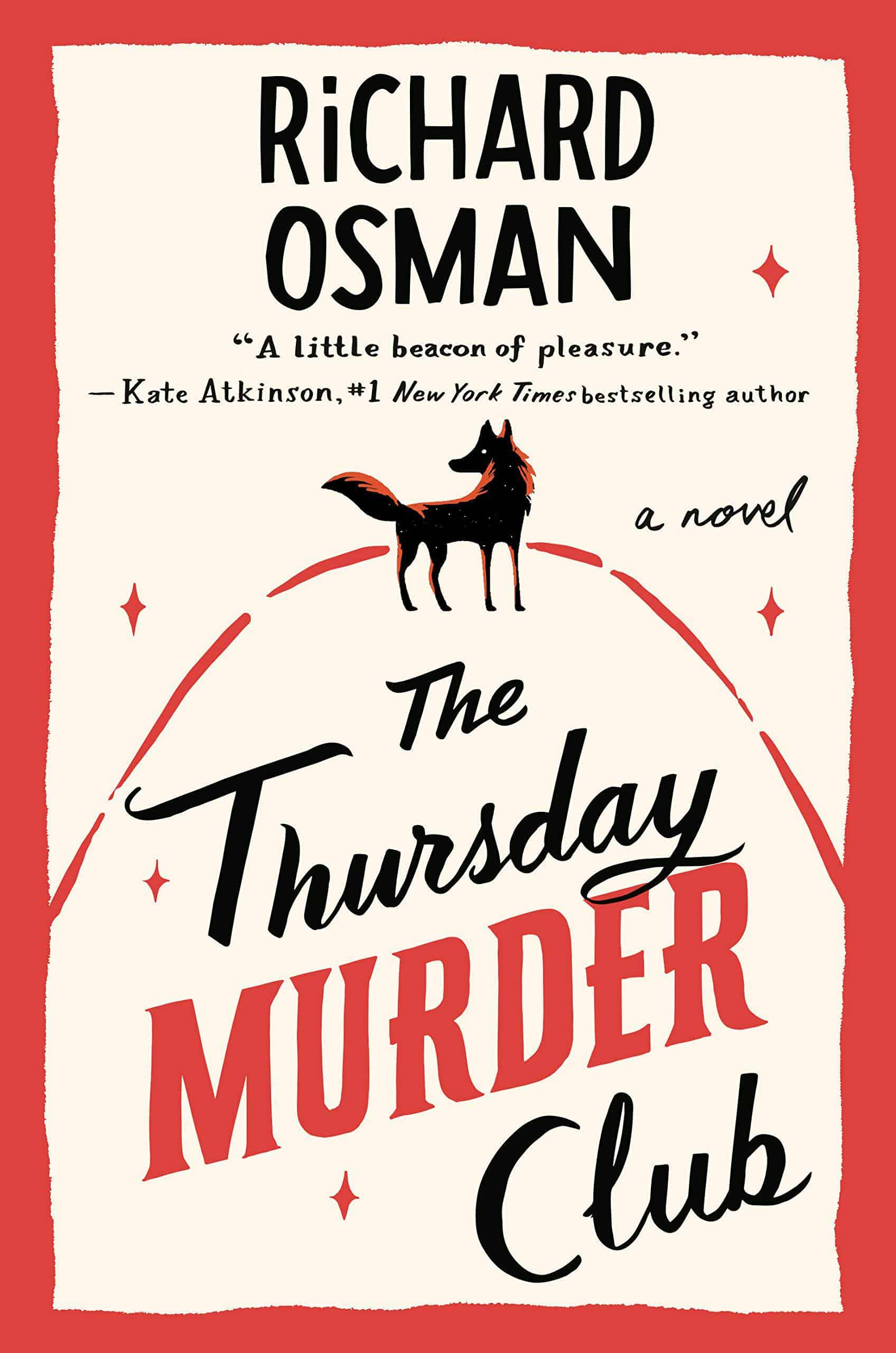 This is a novel with quirky characters, an intriguing and engaging premise, unpredictability, and a bit of wry humour. The Thursday Murder Club is Recommended for fans of cosy mysteries, escapist reads, and stories with older characters. This novel would be an amazing discussion topic for the book clubs.

In an upscale, peaceful retirement village, solving cold cases is favoured over jigsaw puzzles. At least for our four lively, interesting, energetic, unlikely friends who meet every Thursday. The Thursday Murder Club and enjoy pouring over files and discussing unsolved crimes. Elizabeth, Joyce, Ibrahim, and Ron might be in their eighties but they still have a few tricks up their sleeves.

Joyce Meadowcroft is the last to join, and she seems to have taken on the role of a scribe as she writes about the club’s events and activities in her journal; a journal she shares with the readers.

When a local developer is found dead along with a mysterious photograph left next to the body, the Thursday Murder Club gang suddenly finds themselves in the middle of their first live case. The club lends its expertise, opinions, and energy to two professional detectives, Donna and Chris. As the bodies begin to pile up, can this unorthodox but clever gang catch the killer?

The relationships between the characters showcases the manifestations of revelry, resilience and revelations alike; emotional baggage passed on from one generation to the other, affecting their future. The author takes care to craft his characters with their unique traits, differing opinions and independent purposes in life.

The past and the present overlap, heightening the mystery in this whodunit but that also deconstructs the myth of righteousness. At the end of the story, one realizes that the crimes, victims, suspects and investigation are not as pertinent as is the final delivery of justice. Overall this is a highly delightful novel.

The Thursday Murder Club is equal parts intrigue, humour, and pathos. On the verge of this murder mystery are the sorrows and challenges of old age. Each member of the club has lost a spouse, or a close friend, or a professional, or his/her health to a degree. But in many ways, it’s those losses that make the connections between them all the sharper.

Osman also creates a bevy of distinctive and entertaining side characters, many of whom have a connection to the crime or are potential suspects.  This includes all the residents of the retirement village, which is filled with unique personalities with lifetimes of secrets.

While most of the discussion about the elderly is light-hearted and inspiring, it does get quite sad in places.  Several scenes focus on the debilitating impacts of aging, with each of the protagonists witnessing someone close to them starting to fade for one reason or another, resulting in several deep sequences when they consider their mortality or frailty.

Through strong, independent, and sassy senior citizens, who are the main characters of this story, Osman breaks down preconceived notions about old age. Their individualities and zest for life make them memorable characters long after you have read the book. This funny and intelligent whodunit is full of twists and turns which will keep the readers entertained.

The novel doesn’t mock the elderly people at the centre of the plot. Each of them has an incredibly interesting background, and none of their activities is belittled. Osman moves effortlessly between the humorous and heart-breaking, addressing real issues faced by elderly people in a nuanced way despite the far-fetched plotline. The number of twists and turns as the team finds out new information means that readers are kept on their toes.

The Thursday Murder Club is made up of four unusual friends who make for very fun central protagonists.

All four members of the Thursday Murder Club are entertaining and complex characters in their own right and who each add a lot to the story.

Elizabeth, the founder of the Thursday Murder Club and its apparent leader.  She is extremely determined, and it is strongly hinted throughout that she was formerly a spy. She is also the driving force for the club’s investigation into the murders. Despite this hard, clever exterior, Elizabeth has many emotional vulnerabilities, including an ailing husband and a comatose best friend.

Joyce, a former nurse. She becomes an invaluable part of the investigation.  Appearing to be mostly quiet, Joyce is a deeply intelligent person who uses her mild and kind personality to get people to do what she wants.

Ibrahim is a pleasant guy and a former psychologist. He is nice and sociable to everyone he meets and one who serves as the heart and soul of the team.

Ron is the opposite of Ibrahim.  A famous former union activist, he enjoys the spotlight and fighting for lost causes against authority figures. He has a personal stake in the investigation when his son becomes a prime suspect for the police. Ibrahim and Ron, two very different people who are the best of friends.

Other than these four, there are many different characters such as Bogdan, Donna, and Chris that are memorable and impactful. There are more than 100 characters in total.  Osman explores several of these great characters throughout the book, providing some rich backstory and intriguing motivations for their potential involvement.

It says a lot when a book can you make one laugh when there is the howling wind, sideways rain, and a very angry looking sky. This book is the perfect contrast. It’s warm and funny with smart, witty, and lovable characters.

The Thursday Murder Club is fast, and at times, hilarious read. Osman has done an outstanding job of bringing his characters to life and making them as individuals as if they were real. This is a read for a cold, rainy night with a cup of tea.