The Way of Kings fantasy book 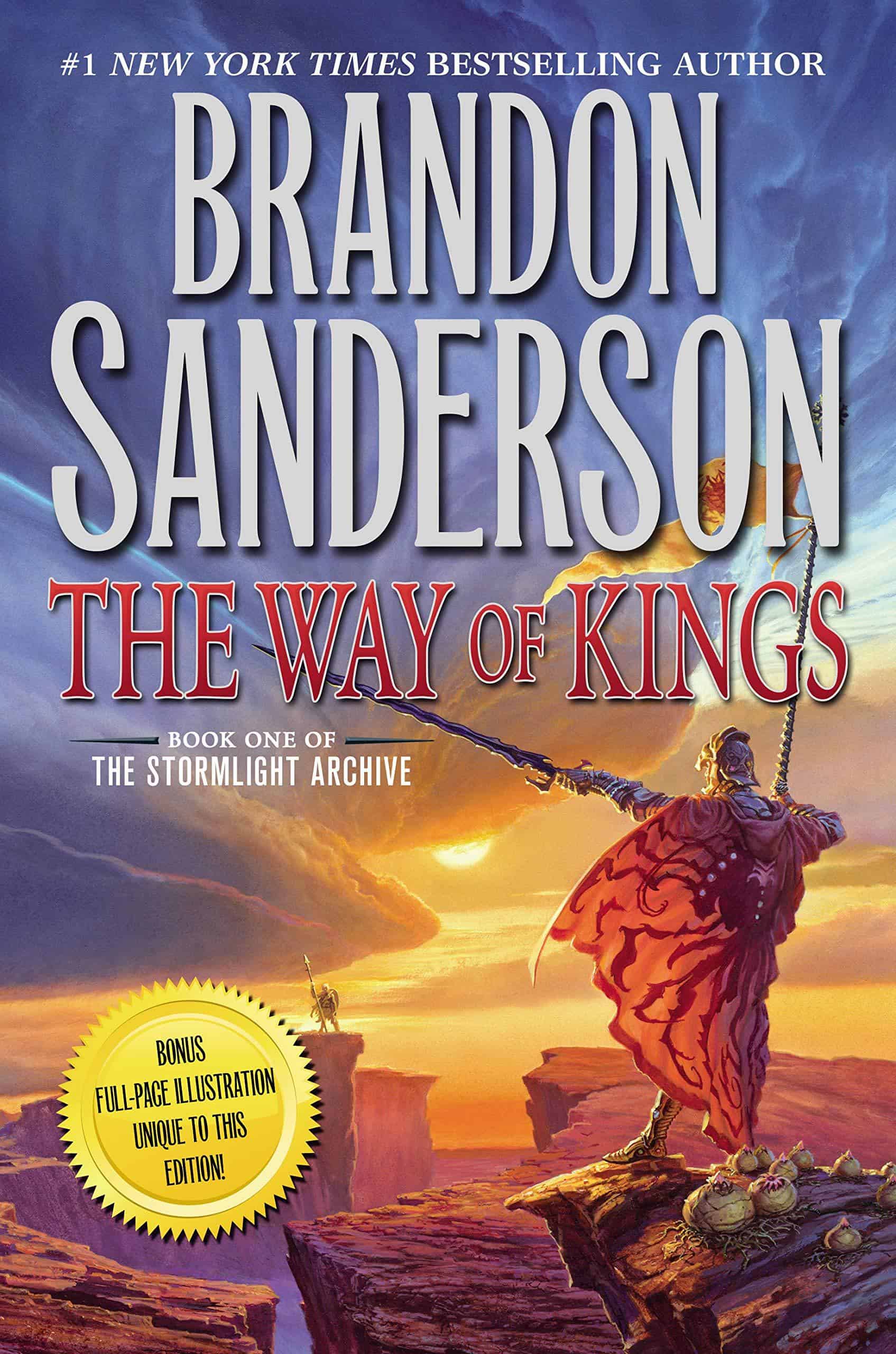 The Way of Kings fantasy book

With its well-developed, exciting universe, morally grey characters, great detailed story, and different narrators to keep things real, “The Way of Kings” is a long yet brilliant entrance to the saga The Stormlight Archive.

In Roshar, the world of stone and storms, strange winds of incredible power sweep across the rocky fields in such a way that they have shaped a new hidden civilization. Centuries have passed since the fall of the ten blessed orders known as the Radiant Knights, but their swords and Armor still remain. A senseless war is raging on the Broken Plains. Kaladin has been taken as a slave, while ten armies fight separately against a single enemy. The general of one of the armies, Mr. Dalinar, is fascinated by an ancient script called “The Way Of The Kings.” Meanwhile, on the other side of the ocean, his famous heretical niece, Jasnah Kholin, forms his disciples.

Cosmere is the imaginary universe elaborated by Brandon Sanderson for most of his epic novels. The organization of matter and physical laws are pretty similar to those of the “real world.” However, events in Cosmere take place in a small, more compact galaxy with fewer stars and solar systems. Roshar is the name of the world and the super-continent frequently hit by storms where the events of the saga unfold. The name of its inhabitants is “Rosharans.”

In the beginning chapters, the story unfolds a bit complicated. With much information and many names given, the readers might feel a bit lost. But once you pass the first chapters, everything starts to make sense.  This story is just a great introduction, well worked and documented, which gives the reader the brushstrokes for everything that remains to be read.  The rhythm is well balanced and constant; however, some parts are extensively detailed and a bit complicated, making the book a bit harder to read. This point is not a problem because these series are made to be read slowly and patiently. Overall, once you get familiar with the names, places, and the universe, the story is highly entertaining with many twists and its fantastical yet realistic approach.

The story and the events of “The Way Of The Kings” is told from different points of view by the most relevant characters that appear. There is no dominant protagonist of the narrative thread, nor a wholly pure or morally faultless hero. For this reason, the reader becomes the true judge of the actions carried out by each of the races of Roshar.

In fact, the complementary characters contribute their subjective position to the narrative thread. It is a tonic maintained in the successive instalments, Radiant Words and Sworn. Consequently, Brandon Sanderson manages to place the reader in a position of permanent doubt, where nothing is absolute, and nobody is the owner of the truth.

The book begins with a victory for the Heralds (leaders of the Radiant Knights), who for 400 years took it upon themselves to protect humanity. His greatest enemies were a race of monsters, the Voidbringers, who appeared in regular cycles called Desolations. But the Heralds were doomed to suffer a curse that caused them to die and be reborn in tortuous cycles of war and death.

After countless rebirths, the Heralds abandoned their doom and disappeared from history. Similarly, the rest of the Radiant Knights were consumed by corruption; only the Shardblades and Shardplate factions remained.

The author’s documentation and the connection work between the characters and the worlds are spectacular. He knows how to spin all the loose ends that we need to know so far. He knows how to capture the reader and throw them into his fantasy world with immense details. The final part of the book is very well written. It reaches a point that you cannot stop reading because you want to know the story’s final and what happens to the main characters. The ending is not intuitive and quite surprising.

“The Way of the Kings” is an introductory book that introduces us to four main characters. We don’t want to go too deep into them because they hold quite a few secrets and surprises. Little by little, they all evolve a lot, just like in real life.

Shallan Davar is one of the leading female characters. She does not always make the best decisions. She is still young, but her determination is admirable.

Kaladin and Dalinar Kholin are two very different characters. Kaladin is in a terrible situation initially, but his strength and will to live make him go on. Dalinar is another character loved by many readers since he is very loyal and has a lot of honour. The poor man suffers from strange visions, and everyone makes fun of him.

Szeth-son-Vallano is a mysterious character who attracts the reader in every way, but we don’t get as much information about him as the other characters.

Many more characters seem to be more secondary, but all have somehow essential roles in this part of the story.

The story is fascinating, in a way very similar to the style of Game Of Thrones. The characters and the story are incredibly realistic without any defined good or bad sides. Although it is a bit long and a detailed universe which may be hard to get familiar with, it is highly entertaining in the end. With its every aspect, this saga is the best fantasy series of the decade. Definitely recommended for fantasy world fans!