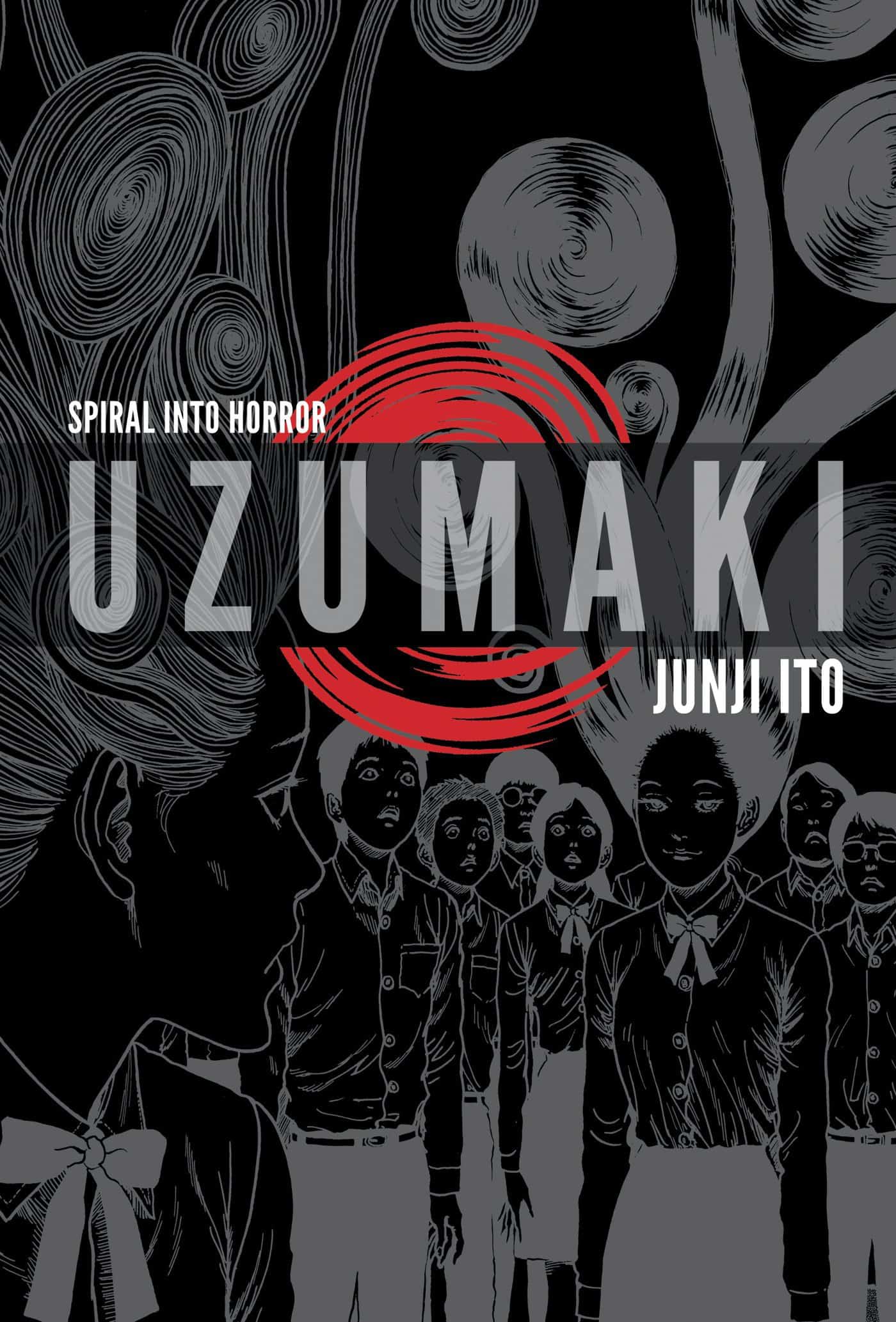 Uzumaki is perhaps the best-known work of Junji Ito, a brilliant, well-crafted horror story that puts the author as one of the masters of the genre in the world of manga. So if you are looking for an unconventional horror manga that gives you goose bumps but at the same time tells you an exciting story, Uzumaki is the ideal work for you.

Uzumaki begins like many other horror stories with a small town relatively isolated from civilization. In this place, we meet our protagonist, Kirie Goshiwa, an ordinary Japanese girl to whom strange things will start to happen. The first is to see how her boyfriend’s father becomes obsessed with spirals. According to him, this geometric shape begins to invade the town and torture it at night. It is this irrational fear that leads him to deform his body into a spiral and die.

After the death of this man, we have a funeral, and his ashes rise towards the sky, forming a giant spiral that affects the entire village. This causes Kirie’s boyfriend’s mother to become obsessed with spirals and remove them from the body. This obsesses her so much that she ends up mutilating herself and committing suicide. This death makes Kirie and her boyfriend (Shuichi Saito) begin to decide to flee the town because they realize the danger that these spirals represent.

Is ‘Uzumaki’ then a horror play? Are you going to have nightmares after reading it? Uzumaki is different than the more conventional horror stories with monsters, serial killers, or paranormal beings. Ito’s terror is more visceral and subtle at the same time. The book directly attacks your sense of what may be possible in our world, sliding in the direction of surrealism at times. The terror of Ito resembles David Lynch movies with its mystery, subconsciously disturbing the audience. “Disturbing” and “sick” are the words that describe it much better than any other academic term that we can think of.

Uzumaki is a very Japanese horror story, but it is not accessible to everyone using everyday things that we all see daily. Terror always plays with the fear of the unknown, but it is much stronger when there is fear of things that we already know and supposedly understand. This is what makes Uzumaki great, a work that makes us doubt day-to-day things, and as with “normal” beginnings, it ends up telling us an utterly supernatural story.

The story can be grasped from a narrative point of view, like a journey to the heart of the spiral where saneness fades away. In this journey, we see the hero surrender to the madness step by step through these geometrical shapes. Even though these shapes attract and obsess the character from time to time, they also create repulsion and provoke rejection. But eventually, the spirals leave the humans desperate.

On the other hand, there is enormous creativity and ability to play with the spiral concept as the story’s villain, from a simple whirlpool in the water to a snail through tornadoes or spirals that we cannot see as the conduits of an ear. This shows the mastery with which the author can tell a horror story with everyday objects and experiences. I think these kinds of decisions make the story feel more “normal” and that we can all put ourselves in the protagonists’ shoes, although the story’s premise is absurd and ridiculous.

Since this is a manga, the drawings explain a lot more than words. The dialogues are simple and straightforward. But, when we look at the graphic section, we realize the author’s intelligence regarding addressing this aspect. When we witness typical situations, those in which the spiral does not manifest itself explicitly, it uses a rather traditional style within Japanese manga, devoid of personality.

However, when it comes time for showing something really disturbing, he changes his style completely, abandoning the precise lines to load the vignettes of ink shadows and a lot of detail based on stripes: Something that somehow gives the reader the feeling of witnessing a scene that does not correspond to the work he was reading up to that moment, leaving him disoriented, taking him out of reality.

Kirie Goshima is the narrator/main protagonist of Uzumaki. She is a young student, but she is serious, practical, and mature. Being a recurrent target of the spirals, she quickly gets disturbed and does not like jokes or surprises. Sometimes she is even harsh and seriously judgmental of others. But she also can be gentle, empathetic, and caring towards others, even when they annoy her.

Shuichi Saito is one of the major supporting characters in the manga, as he is the boyfriend of the main protagonist Kirie Goshima. Shuichi is a tall boy with short, curly black hair and green eyes. He is a shy and nervous guy. Often he’s highly depressed. When disturbed, he shows erratic, manic behaviour. In addition, he has severe insomnia as a result of his parents’ suicides.

The Spiral is a mysterious evil entity that violently kills the entire folk in the town of Kurozu-Cho in irregular intervals. The nature of the entity is unknown. However, it shows signs of conscious behaviour, such as its interest in Kirie. Whether the Spiral is a living being, an infection, a curse, or a force is entirely unknown.

Uzumaki is a brilliant and disturbing horror story. It has a constant mystery that drives the plot forward giving you goose bumps. Its unconventional way of terror is interesting and hooks you in itself from the first moment.  So if you like mangas and horror stories with mystery, this book is ideal for you.