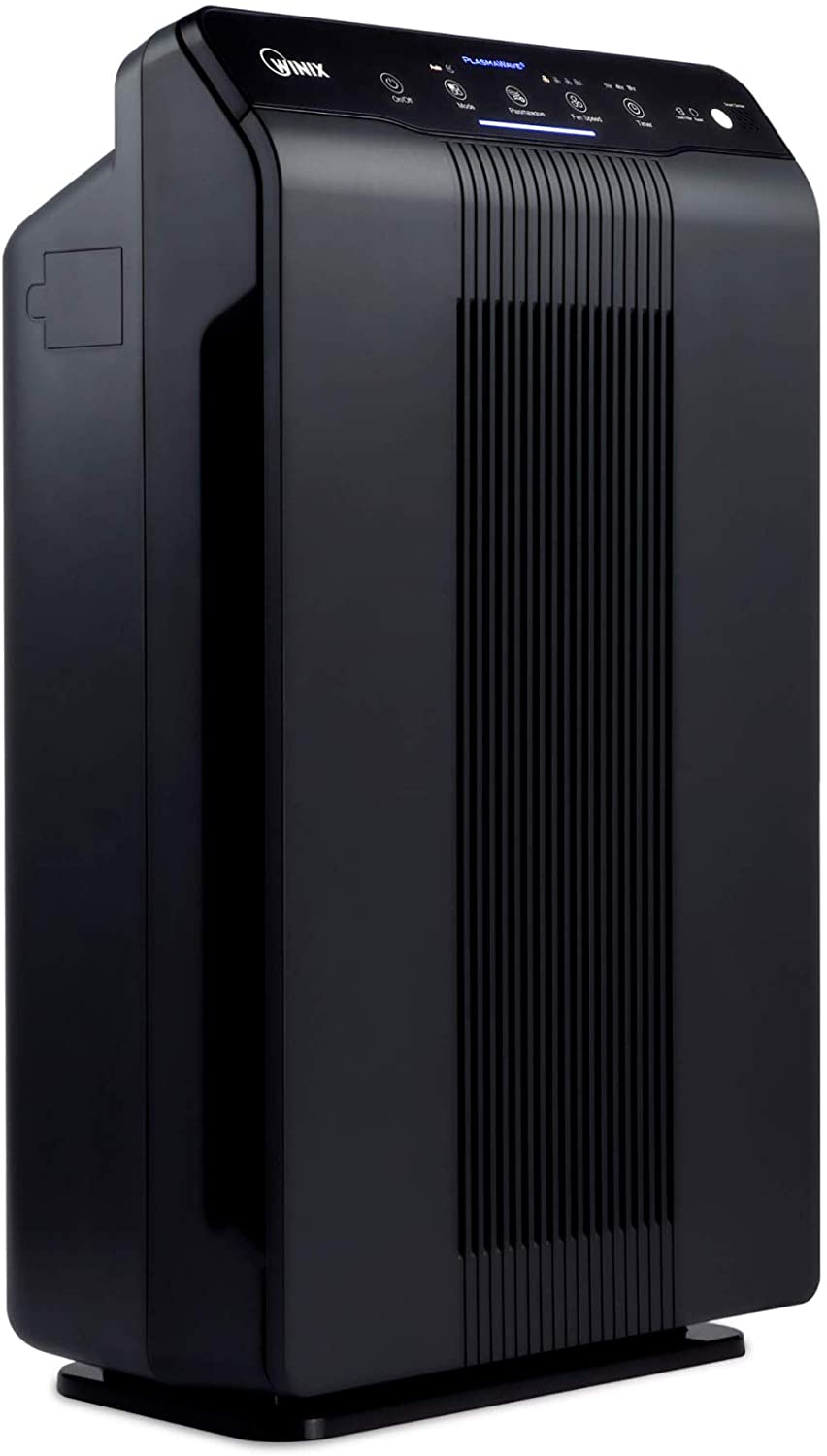 If handling highly technological and advanced devices is not your forte, then this air purifier is perfect for you. It is easy to set up and use.

The unit is ideal for anyone who is looking for a mid-range unit that provides impressive performance. The HEPA filter, PlasmaWave, and AOC carbon filters eliminate most of the harmful particles and pollutants in the air while maintaining a quiet operation throughout.

Winix’s 5500-2 True HEPA Air Purifier can capture 99.5% of the particulars floating in the air. Whether it is dust mites, pollen, pet dander, or bacteria, it can catch them all. It has a 4-stage filtration process and contains sensors for VOC and ambient light. With 5 air changes in an hour, the unit is ideal for purifying the air no matter how contaminated it is!

The noise level varies between 27.8 till 54.8 dB. On its lowest setting, the unit’s operational noise is barely noticeable. Although, if you increase its functionality, the noise becomes perceptible. But don’t worry! It is still bearable and not irritating. The low-pitched hum is only prominent when you are in a quiet and isolated room. If you have turned the TV on, then you might even be able to ignore the low noise.

The unit features a true HEPA filter that eradicates every type of pollutant from the air. The AOC carbon filter is made from small activated carbon granules and it helps to remove different odors from your place. Furthermore, the smart sensors gauge and the auto mode are a great help. The former’s gauge the air while the latter adjusts the filtration process according to the requirement. On the other hand, the PlasmaWave is a permanent filter that breaks down different chemical vapors, allergens, odors, and other contaminants from the air.

The unit works almost perfectly! It can instantly remove as much as 99.5% of germ particles, VOCs, and smoke from the room. Furthermore, the unit also works exceptionally well to remove the odors. However, it does not completely eliminate the odors, it does a pretty decent job. In a nutshell; it is great at removing pollutants from the air but does not do an incredible job at eliminating odors.

Apart from air-purifying qualities, the unit features dedicated buttons that help you to set the fan speed, set an off timer, and select a specific mode. Furthermore, the unit also comes with a remote control so that you can easily control the device without getting off the couch or the bed. It weighs only 15.4 pounds which is a bit heavy but not enough to consider it immovable. Besides, it has a carrying handle on the top that can help you transfer it from one place to another.

The air purifier offers a great deal for people who are looking for a mid-rice point. It gives a stellar performance and ensures that most pollutants are removed from its surrounding. Unfortunately, it does not do well when it comes to removing odors but we noticed that it does reduce most of the prominent odors and leaves behind a slight trace.