You are a Badass 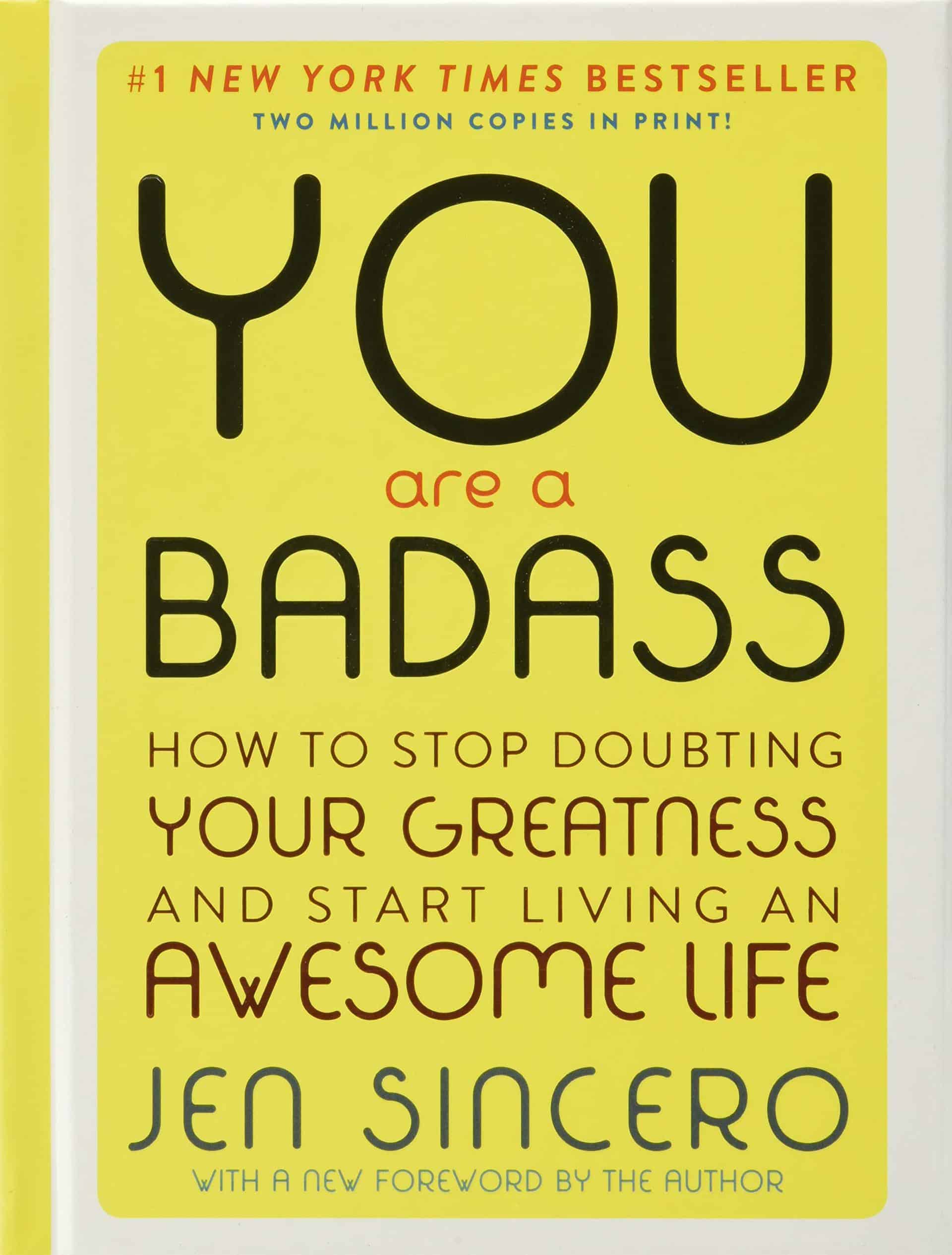 You are a Badass

In this refreshingly entertaining how-to guide, bestselling author and world-traveling success coach, Jen Sincero, serves up 27 bite-sized chapters full of hilariously inspiring stories, sage advice, easy exercises, and the occasional swear word, helping you to help and grow and make one strive towards goals. Those who are interested in motivational, psychological behavior, or help to focus should buy a copy.

Sincero opens with a brief introduction in which she recounts her history of being unaware of her self-sabotage even as she dealt with plenty of setbacks and failures. She states that the book is not an attempt to make money, but rather an attempt to share the wisdom she accrued over the years dealing with her problems. She warns that following the advice in the book will probably require going outside your comfort zone. Sincero then dives into the meat of her book, arguing that our subconscious mind is much more important than we usually realize. Despite being more or less unaware of what’s going on in our subconscious, Sincero states that our subconscious is like a blueprint for our lives, containing all of the beliefs that guide our decisions. If we’re out of touch with our subconscious mind, then we’re being controlled by it. Author goes on to say that we’re all part of a connected Universe, and we’re all just energy, moving along in the Universe. And as we’re all just vibrating along, we need to know that like attracts like. So you should raise your vibration to tap into the vibration that you desire. Pretty cool thought.

The author is seriously rebellious and rebelling seriously against humdrum life. After working for a record label, starting a rock band, failing, and then writing a book about that, she became a lesbian, failed at that too, and wrote another book about that, before ultimately coaching people to improve their sex lives and later their lives altogether. You Are A Badass is the culmination of several years of helping people transform their lives from loser to happy-go-lucky and it comes packed with fun stories and valuable lessons.

You are a Badass points out everything wrong with our daily choices. We live our lives doing what others tell us to do and what we think we are supposed to do. Instead, Jen Sincero suggests you should be doing what you want to do. Doing what you love and living for yourself will make you happier and richer. Sincero advises that we recognize when we’re holding onto negative things due to insecurity and fear, constructing a negative reality. Recognizing this will allow you to release those negative things and construct a positive reality. Sincero notes that the people we gather around ourselves usually reflect our desires and fears and dreams, so seeking the beauty and joy in others will reflect that back at you. The book never lags the interest of readers through wits and anecdotes, leaving readers wanting more.

You Are A Badass helps you become self-aware, figure out what you want in life, and then summon the guts to not worry about how to kick others’ opinions to the curb and focus your life on the thing that will make you happy. This book is helpful for anyone who’s been a long-time dream procrastinator, or a notorious planner, with no materialization, and anyone who knows they have some hard decisions to make to the environment to grow towards success.

Book Help one to identify and change the self-sabotaging beliefs and behaviors that stop you from getting what you want. Create a life you love. And create it now! Make some money already. The kind you’ve never made before. By the end of You Are a Badass, you’ll understand why you are how you are, how to love what you can’t change, how to change what you don’t love, and how to use the force to achieve goals. Overall the book is easy to follow and a quick weekend read.

Sincero’s go-getting attitude in her book, stresses the importance of self-esteem and confidence in relationship to one’s overall competence and ability to perform consistently. One influential concept receiving particular attention lies in the following subtitle of Sincero’s work: “How to Stop Doubting Your Greatness and Start Living an Awesome Life.” In no uncertain terms, Sincero declares that her focus in this work will be motivational and supplying the reader with the logic to overcome their insecurities and actualize themselves.

Many of the self-help books fall under large thematic umbrellas like these, which deal with aspects of our psychology. In particular, the prevalence of impostor syndrome or the fear that you don’t truly have the skills or ability that you might purport to have on your resume or during your job is what makes Sincero’s self-help book unique. In designating the reader as a “badass,” Sincero is taking a proactive stance in addressing the increasing regularity of impostor syndrome as a cultural issue and experience. She places and elevates the reader in an upbeat, though somewhat idealized space, explaining to them that they, as individuals, ultimately exert the most control over how they will react to events and how they will face their realities.

Successful people are not only willing to feel uncomfortable. Instead, they are willing to make a habit of feeling uncomfortable to become successful. They keep moving through each new challenge instead of stagnating and settling. Through this book, you would be helped to realize your true self and your true strengths. It’s a book filled with motivation with tactics and a call to action. It’s a quick and compelling read. Sincero does a great job of writing anecdotes that perfectly match her points.